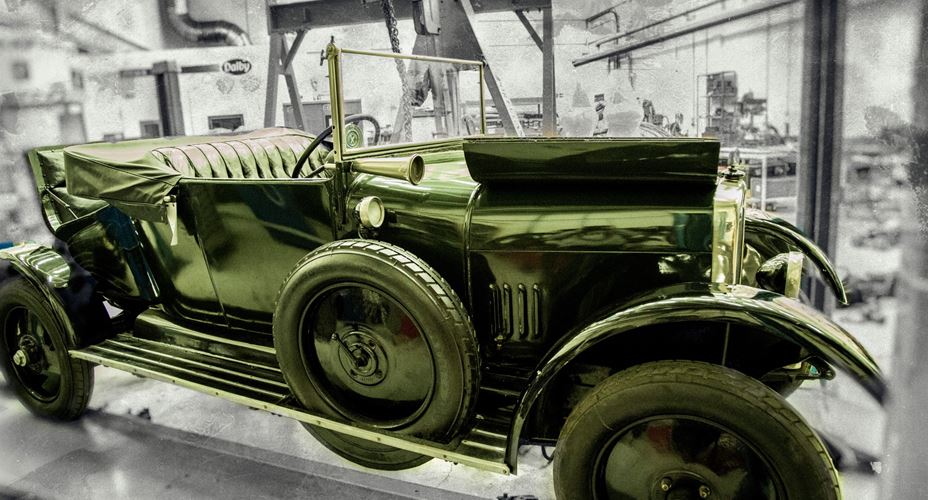 The story of trailblazing car engineer Dorothée Pullinger is the focus of a fascinating new exhibition, brought together by the University of the West of Scotland (UWS) and The Devil’s Porridge Museum.

Pullinger, one of Dumfries and Galloway’s most famous daughters, lived a fascinating life, working in munitions during World War One, then going on to oversee the construction of the Galloway car at Tongland near Kirkcudbright.

The car was unique at the time, developed with women in mind, by a company staffed mainly by women.

The exhibition will bring Dorothée’s story to life through a collection of artefacts gathered from her life-long career.

It will launch when the Eastriggs-based museum when it re-opens on Monday 26 April, and will run until Wednesday 1 September 2021.

Key components of the exhibition, including a series of banners reflecting the spirit of the Suffragette movement and women’s activists of the early 20th Century, were the culmination of a UWS research project, led by Professor Katarzyna Kosmala from the University’s highly regarded School of Business and Creative Industries.

These will be permanently donated to the museum.

A documentary film by UWS academic Tony Grace will also be shown as part of the exhibition.

Professor Kosmala said: “We’re absolutely delighted to be involved in this fantastic exhibition, telling the story of a remarkable and inspirational woman.

“As well as drawing on Dorothée’s success, the exhibition will reveal stories of ‘anonymous’ female engineers, attributing names to those who took up training positions with the Galloway Engineering Company.

“These women are role models, and helped pave the way to create a more inclusive and diverse industry.”

Museum Manager Judith Hewitt added: “We couldn’t be happier with the exhibitions. It focuses on a 20th century woman from our region, with ties to the main themes of the displays at the Devil’s Porridge Museum.

“We think her story, like that of the Gretna Girls who made munitions near here in World War One, deserves to be more widely known and we’re delighted to help make that happen.

“We’ve been waiting a year to get this exhibition installed and accessible to the public and we’re so pleased that it is finally happening.”

The Devils’ Porridge Museum commemorates HM Factory Gretna, the largest munitions factory in the world during World War One, and explores the story of the Solway Military Coast during the World War Two and beyond.