Gretna after the Armistice 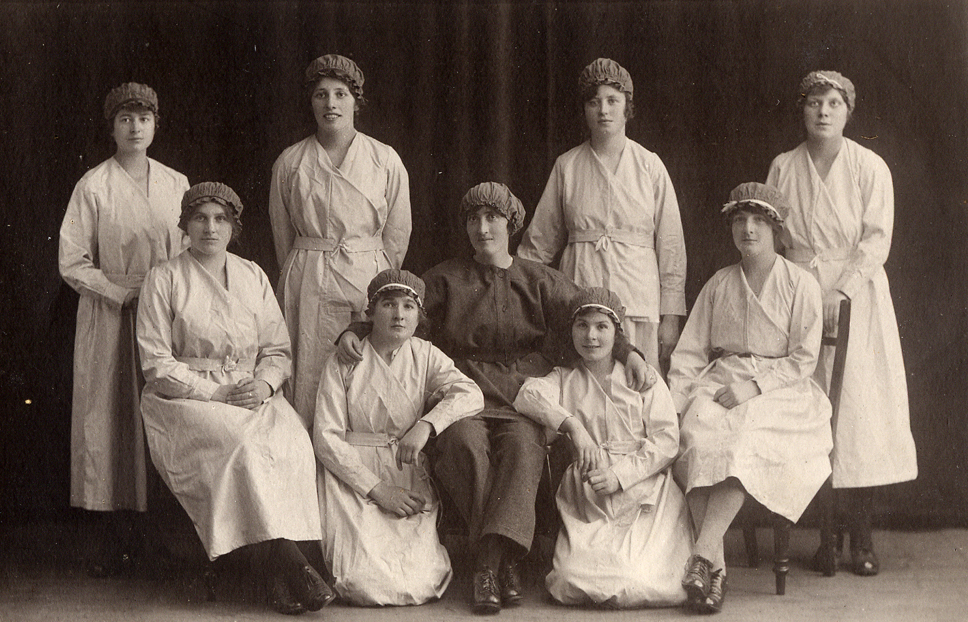 The Devil’s Porridge Museum currently has a display in Gretna Gateway Outlet Village.  One of the exhibitions on display is called ‘The War is Over!’ and focuses on what happened at HM Factory Gretna on November 11th 1918.  This is the second in our series of posts looking at this theme, if you’d like to see the whole exhibition (and our exhibition on Animals in War) then do drop in and see us at Gretna Gateway. 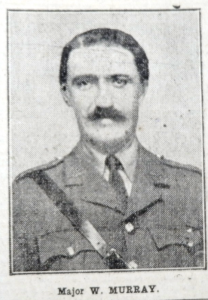 Major Murray became the Conservative MP for the area in December 1918. 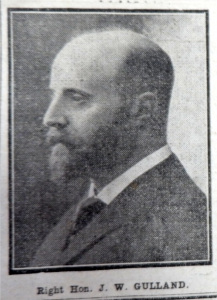 The Liberal candidate in the election of December 1918.

What to do with the largest munitions factory in the world now that the War was over?  Lots of ideas were put forward, many promises were made.  In 1918, Mr Gulland, the Liberal candidate in the December 1918 ‘khaki’ election, visited Eastriggs (he seems to have been the first politician to do so).  He said that “…he was sure that Gretna had a great future before it in some way or another.”

However, a report in the local paper said “There is at present a feeling of doubt, uncertainty and incipient depression overhanging the district…” 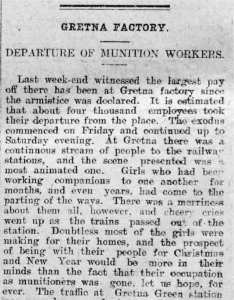 A report from the Annandale Observer from December 1918 looking at the departure of the munitions workers.

In fact, people had already begun to be made unemployed.  A report in the Annandale Observer stated that, “…the wholesale discharge of workers and the reduction of working hours had begun practically as soon as the armistice had been signed.”  A week or so before Christmas in 1918, a General Discharge was issued meaning that thousands of people had to look for new jobs (and many for new homes too).  Eventually, the Factory was closed never to return. 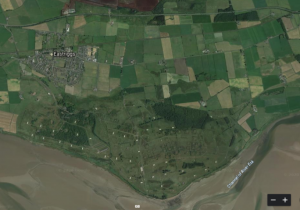 The former site of HM Factory Gretna today. The Devil’s Porridge Museum is located in Eastriggs.

How did people from HM Factory Gretna feel upon leaving?

The most common feeling seems to have been affection for the place and for the people.  Real friendships had been formed and wonderful memories made.  People seem to have felt like they were part of something special, that they had pulled together for a common cause and achieved remarkable things. 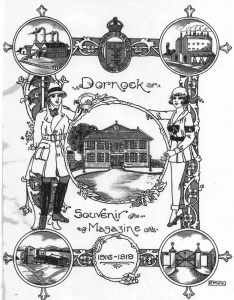 Dornock Farewell Magazine was printed by the workers when they left the Factory.

Two souvenir magazines were created filled with people’s recollections, anecdotes, cartoons and sketches, poems and photographs.   Dinners were held to say “goodbye” and people signed one another’s autograph books as keepsakes.  Souvenir china was also popular: people wanted to take something with them to remind them of their experiences at this unique site. 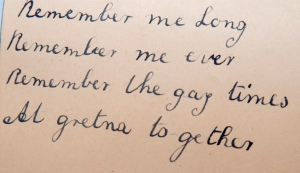 A page from an autograph book containing the words: Remember me long, remember me ever, remember the gay times we had at Gretna together.

The next article in this series will consider what happened to the 30,000 workers after the War especially the 12,000 so-called ‘Gretna Girls’.

Part One can be read here: https://www.devilsporridge.org.uk/what-happened-at-hm-factory-gretna-in-november-1918-part-one