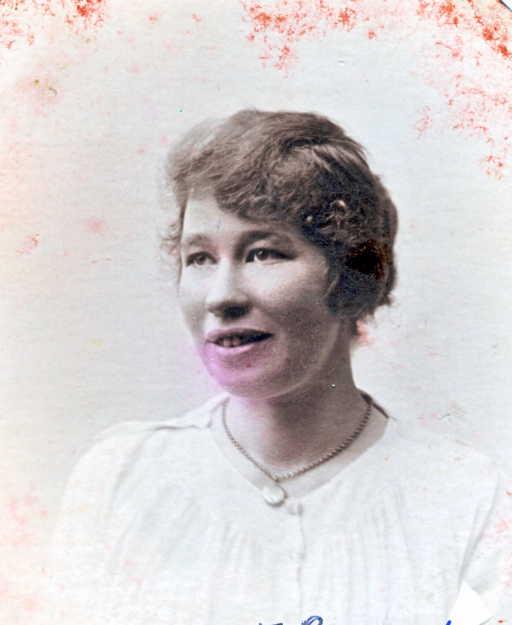 Biography
Childhood: Dorothy grew up in County Durham within a large family. She had 11 siblings:

Andrew Wilson (1901 and he died before his first birthday)

The family lived in the Tanfield and Lanchester area of County Durham.
Parents: 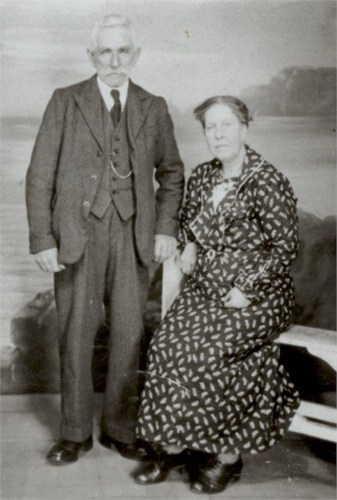 Parent’s occupations: Matthew was a signalman working for the NE Railway Company.
Schools / universities attended and years of attendance:  Not known
Occupation: Not known
Place of residence at Gretna:  Residence before her marriage not known but after marrying, she lived on Greystone Road, Carlisle until the war ended.

Job title at Gretna: Not known 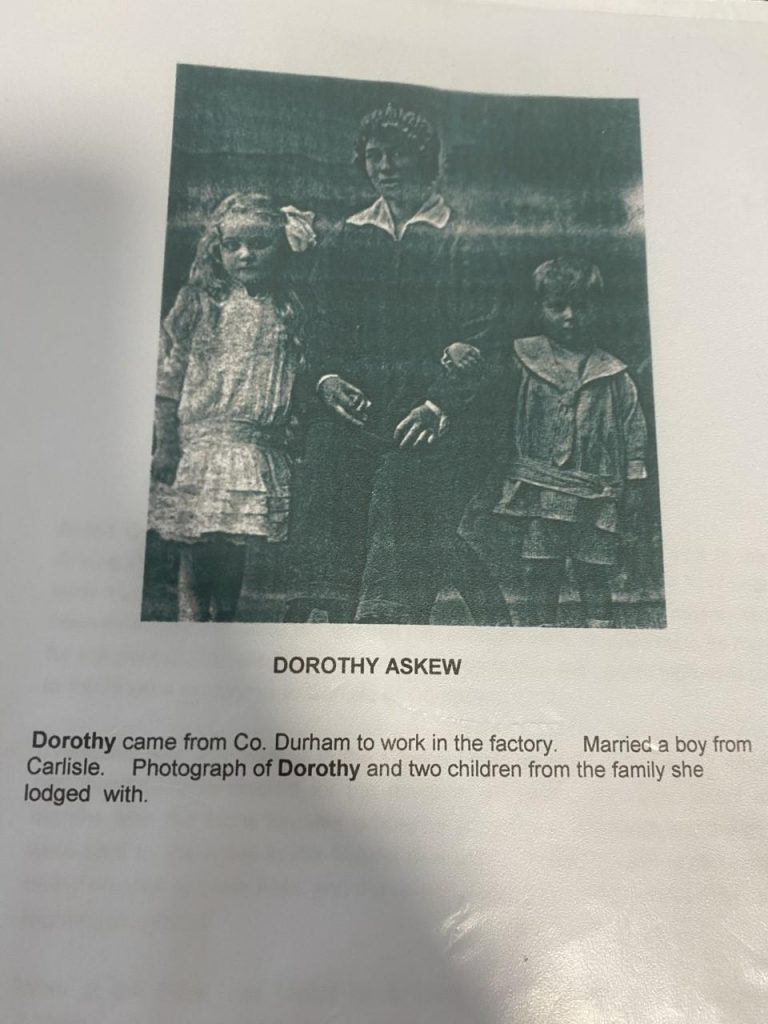 Photograph of Dorothy Askew with the children of the family she boarded with at Gretna. (from Devils Porridge Museum Archive)
Marital status: 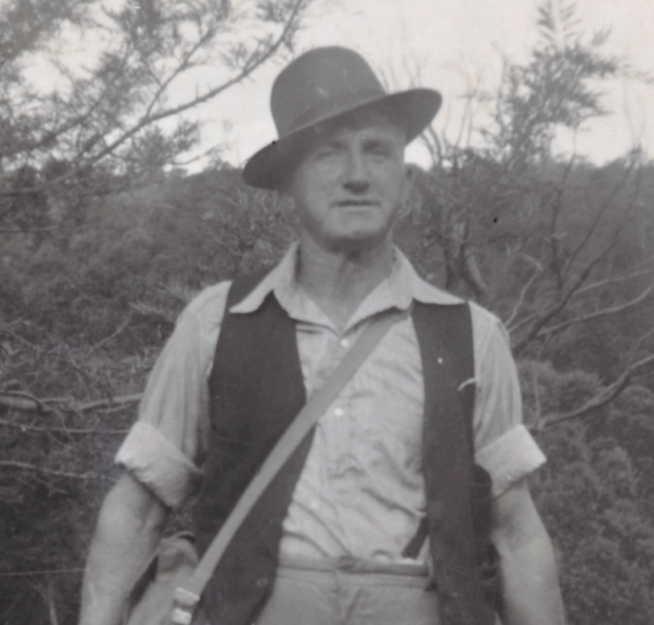 Dorothy and Charles had 4 children, the two eldest born in England, the two youngest in Australia.