Full name of worker at H.M. Factory Gretna (and any other names they are known by) :Eliza Blenkinsop (Elizabeth Mitchell) 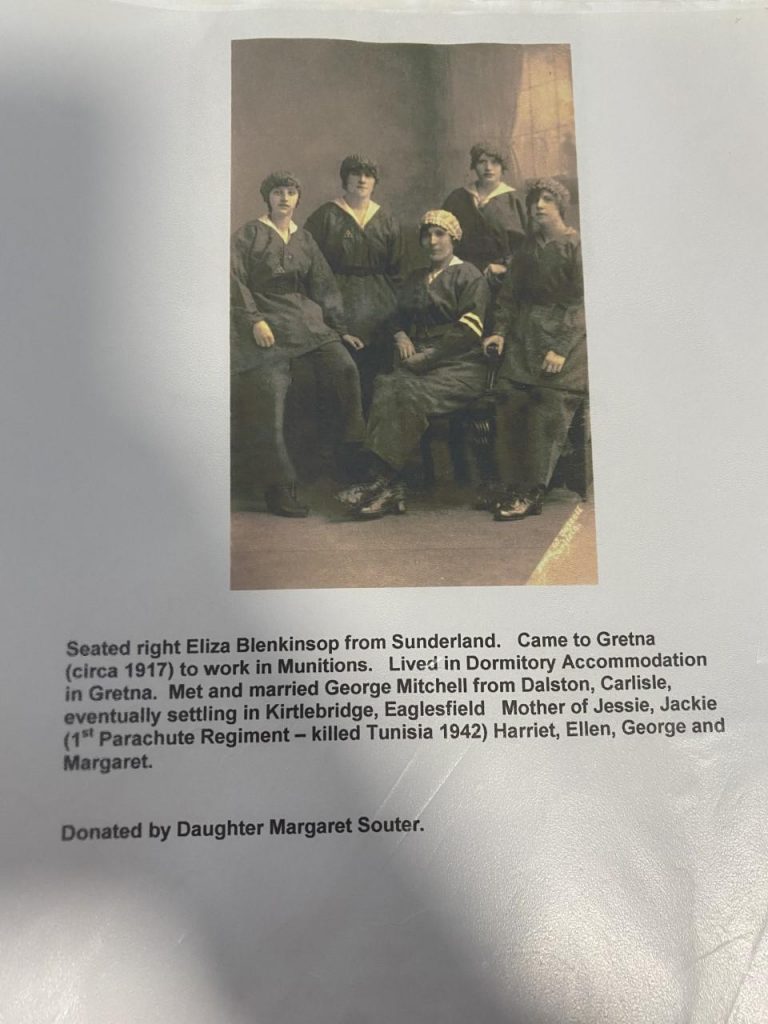 Parents: Death certificate almost impossible to read from Scotland’s people Thought to be John William Blenkinsop b Apr 1871 and Ellen b1872 d July 1925 Sunderland Durham who married in about 1894 (1911 census at 22 South Railway St, Seaham.  Married for 17 yrs with 6 living children and 4 children who had died

Trivia / any other information: First 3 children’s births registered at Carlisle.  Son was Jackie killed in Tunisia in WW2 (I think he was John William and Jackie was his nickname (Findmypast have birth in Carlisle with Mother’s maiden name Blenkinsop and residence as Dumfries-shire for this Sapper who died in North Africa 24 Nov 1942), Harriet Jane (1942-1989 Eastriggs), George Alexander Blain Mitchell (b 1928),  Margaret Elizabeth (b 1930)

Related by County - Tyne and Wear