Elizabeth was born in Carlisle in August 1892. In the 1901 census, Elizabeth, then aged eight, is living with her parents and siblings, still in Carlisle. Her father, William, is working as a foreman of a wool and cotton weaving shed. Unfortunately, both of Elizabeth’s parents died during her childhood–her mother in 1904, and her father in 1908. By 1911, eighteen-year-old Elizabeth is living with her older married sister and had followed her father into the weaving occupation. From this it looks like Elizabeth was local to the eventual location of H.M. Factory Gretna for much of her youth. This was a common occurrence–many munitions workers came from the surrounding villages and border towns to work at the Factory. 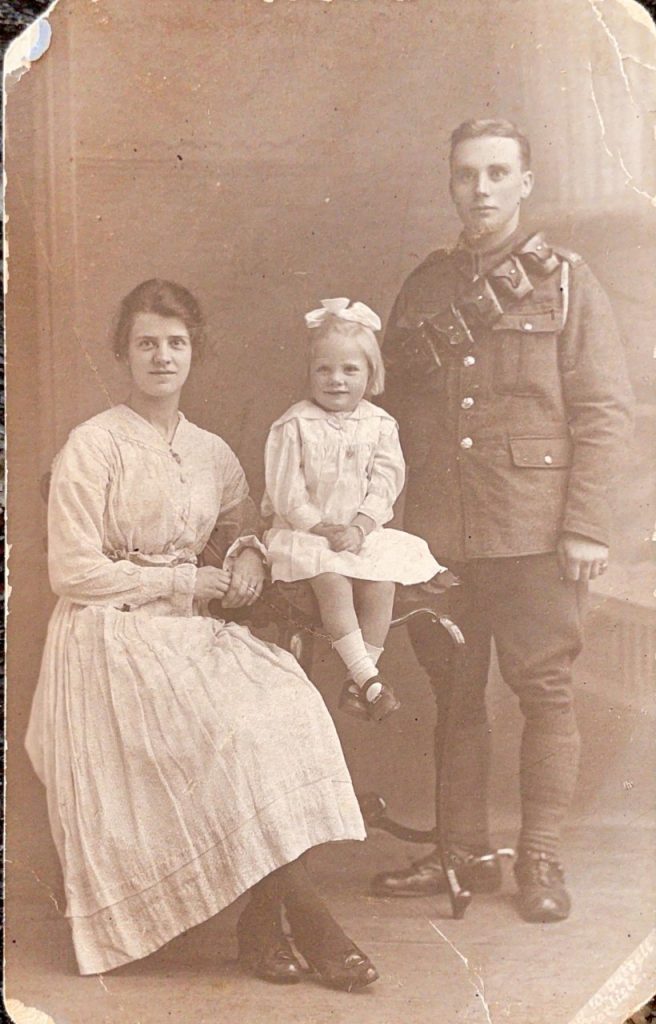 Elizabeth, her husband Thomas, who was a soldier during WW1. and their daughter Isabella.

In 1913, Elizabeth married Thomas Davison Dawson in 1913, and they had their daughter, Isabel in 1914. We know that Elizabeth worked at H. M. Factory Gretna because of this photo of her wearing the uniform: 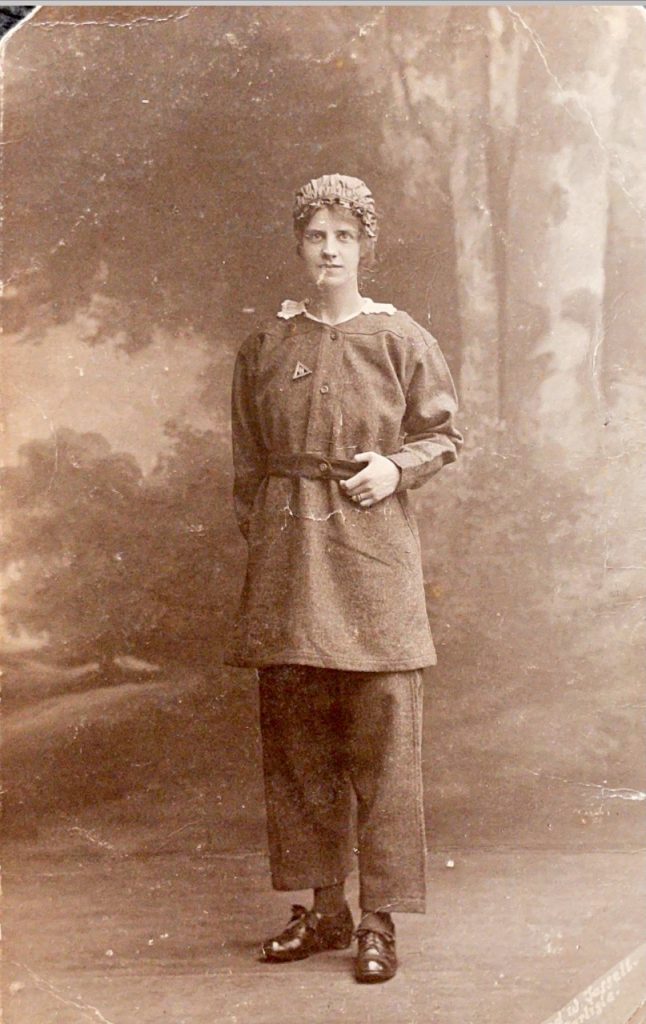 Many of the munitions workers at Gretna had similar photos taken of themselves, and we think this was probably done at a local photographers. I think it shows a pride in identifying themselves as a crucial part of the war effort, and of memorising their experiences at Gretna. Unfortunately we couldn’t find a mention of Elizabeth in our collections. This may be because we have limited access to our archives because of COVID-19, but it could also be that Elizabeth just isn’t mentioned in any of the surviving material–we don’t have a complete list of workers at the Factory and much of what we know we learn from research enquiries from members of the public.

In keeping with Elizabeth’s firm roots in the local area, later in life she and her husbands managed several Government-run pubs in Carlisle. Carlisle was the main site of the State Management Scheme. This was an experiment began during World War One where the Government took over control of public houses and breweries, with the idea that a disinterested management who had no incentive to sell alcohol would reduce drunken behaviour and negate its effect on the local community. Carlisle was one of the locations of this scheme because of its proximity to local arms factories, including H. M. Factory Gretna. To find out more about this fascinating (and not very well known aspect) of WW1 history, click here. 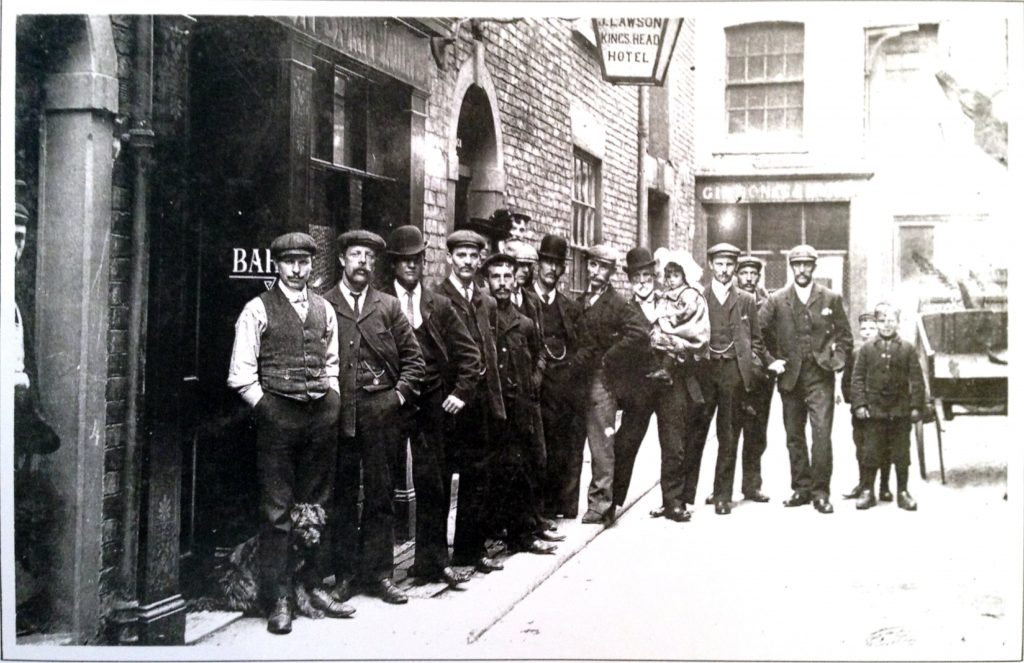 Elizabeth and Thomas managed several pubs in Carlisle, including the Kings Head in Fisher Street, the Bee Hive on Warwick Road and the Currock Hotel. Indeed, it was at the Currock Hotel where Elizabeth sadly died in 1944, at the young age of 52.