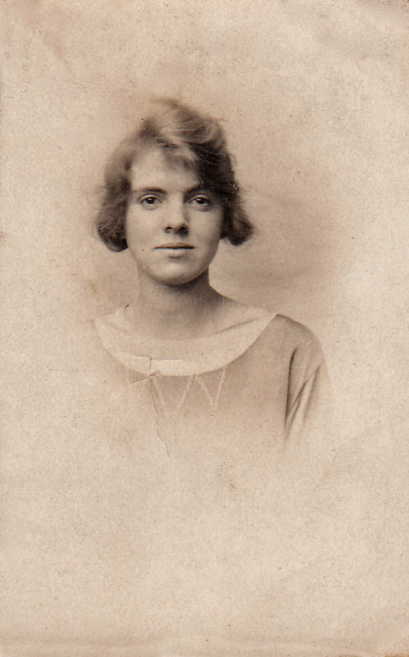 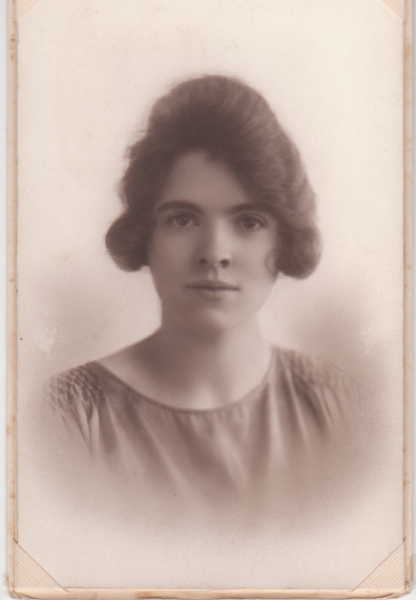 Mini Biography
Ellen [Helen] Calvert Collins 1899-1989
Ellen Calvert Collins was born on 26th April 1899 at Cummersdale near Carlisle to Matthew and Hannah nee Simpson.
1901- living at 2 Irving’s Place, Cummersdale. Mother is listed as head of household but married. Father could be away in the Boer War as so many men missing from the 1901 census were. The eldest child was born in Ireland. Ellen is the youngest of 7 children.
1911- 39 Graham Street, Carlisle. 5 rooms. Mother a sewing mistress at a calico printers and is widowed.
WW1 – employed at Gretna
1918 – brother Robert’s plane shot down in France
1920-1926 teaching at Brunswick Rd Girl’s School, Penrith. ( her reference is available on Ancestry /public member tree ) 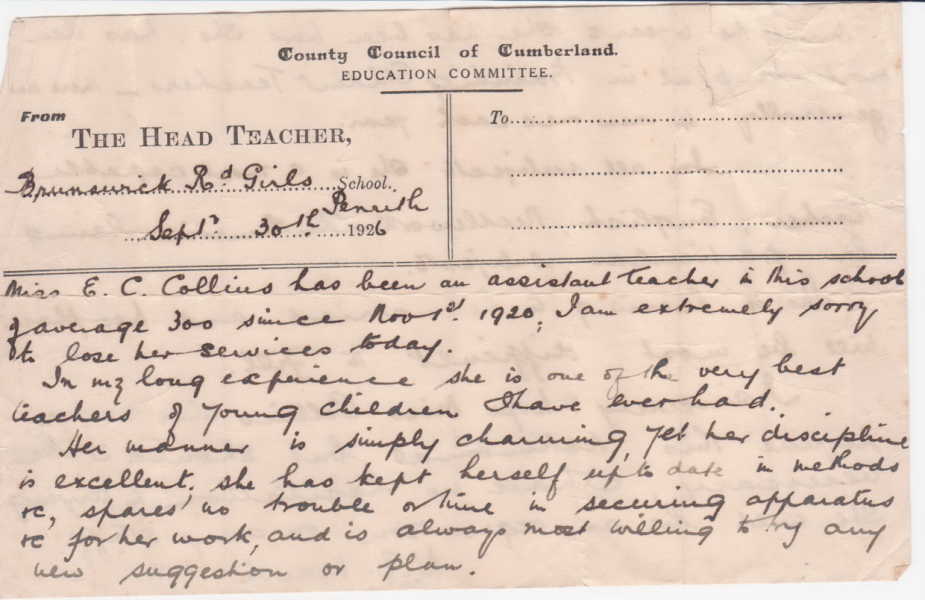 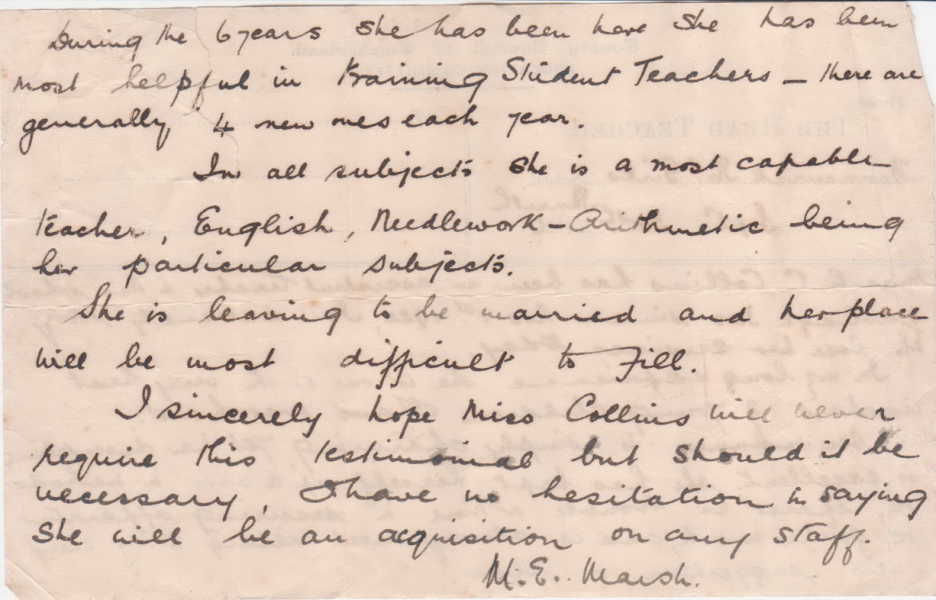 3rd November 1926 married Arthur Dunn Walker ( also in data base) ,at Wandsworth , London , a textile manager and she a school mistress of 42 Lyford Rooms Wandsworth. 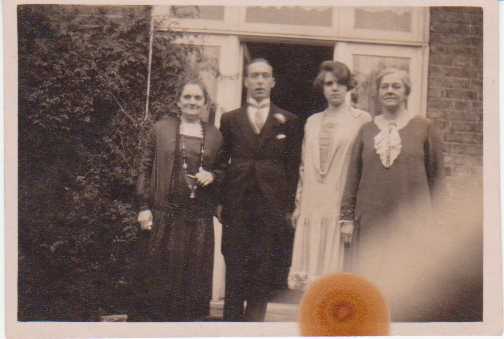 Ellen and Arthur on their wedding day, 1926. Photos sourced from public Ancestry trees.