Full name of worker at H.M. Factory Gretna (and any other names they are known by): Isabel Gertrude Beattie 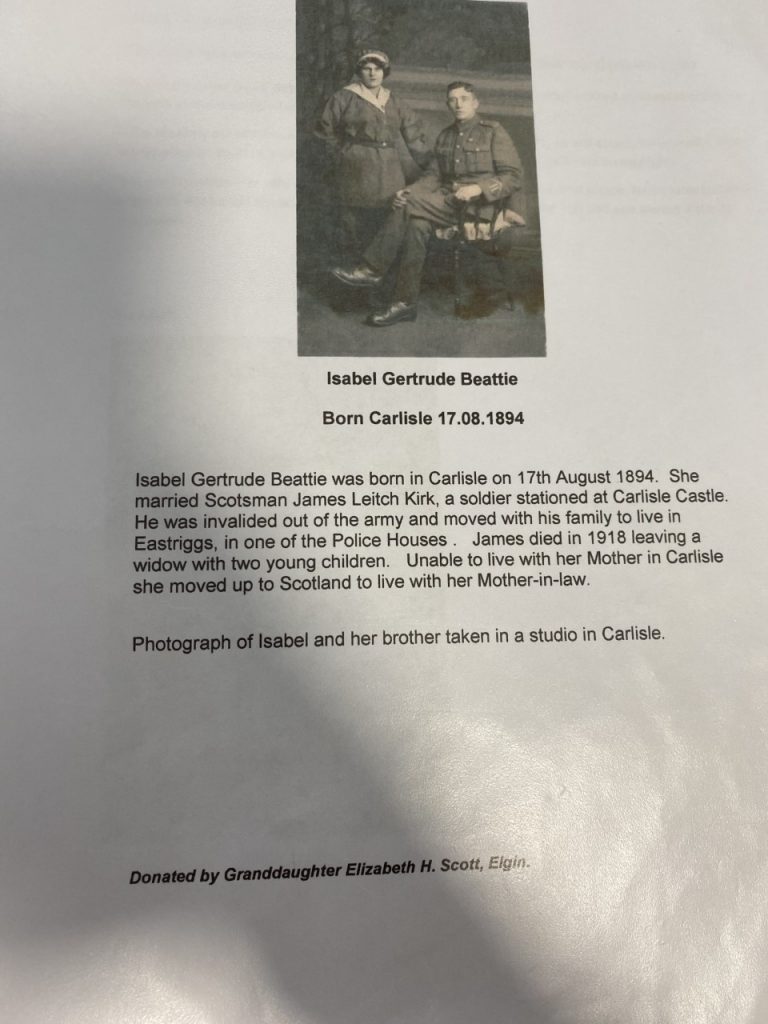 By 1911 they had moved to 89 Charles Street, Carlisle, (4) . She had at least four siblings, Harold, Evelyn Marjory, William and Mary, possibly three more. (4)

Trivia / any other information: Isabels first husband, James, was a soldier in the Royal Army Medical Corps. He was discharged on 03/07/1915 due to ill health and being declared unfit for war service. (6)

He and his family moved to Eastriggs where they lived in 17  Police Quarters and where he worked as a surgery assistant. He died 11th April 1918   aged 27. (7)

Isabel then moved to live with her mother-in-law at Lilybanks, Lesmahagow. She was remarried in 1920 to William Watt, a steelworker, and had at least one son, William. Isabel died on 22/06/1966 aged 71, her son William was the informant on the death record. (2)

There are two more children found on Scotlands people that are probably Isabels – Elizabeth Watt , born 1921, and Isobel Gertrude Watt, born 1925, both in Lesmahagow, but without seeing a birth certificate I cannot say for certain.