Full name of worker at H.M. Factory Gretna (and any other names they are known by) : Isabella (Bella) Morrrison later Isabella Fraser. 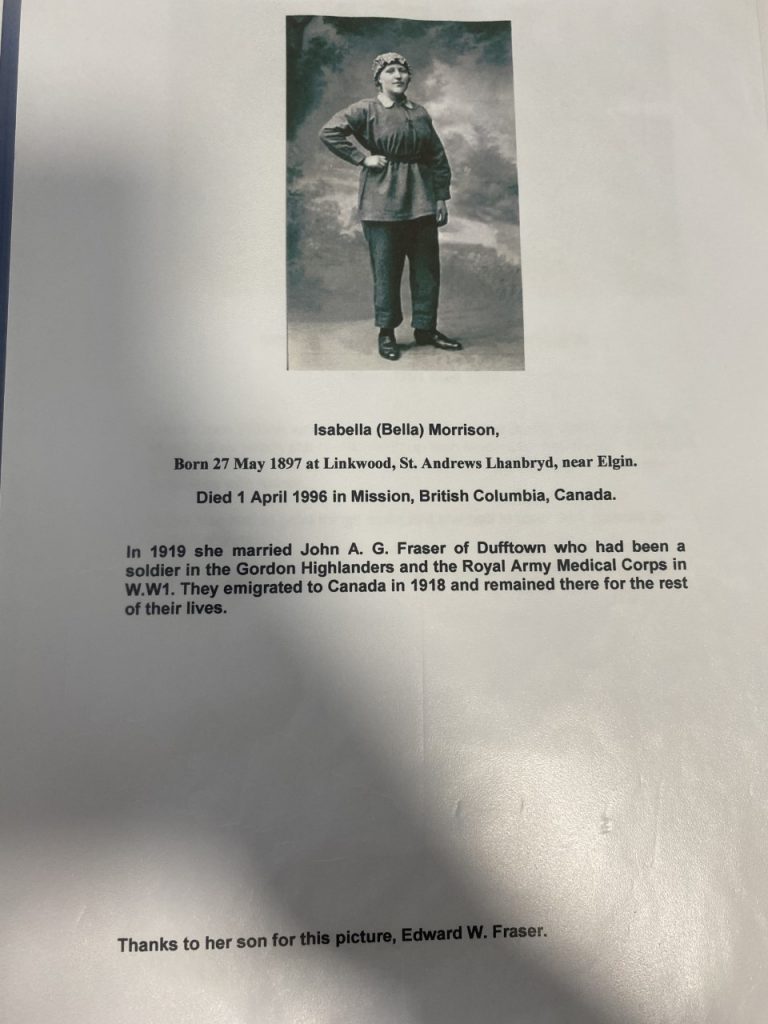 Travels: Immigrated to Canada in 1919.