Full name of worker at H.M. Factory Gretna (and any other names they are known by): John (N) Browning. 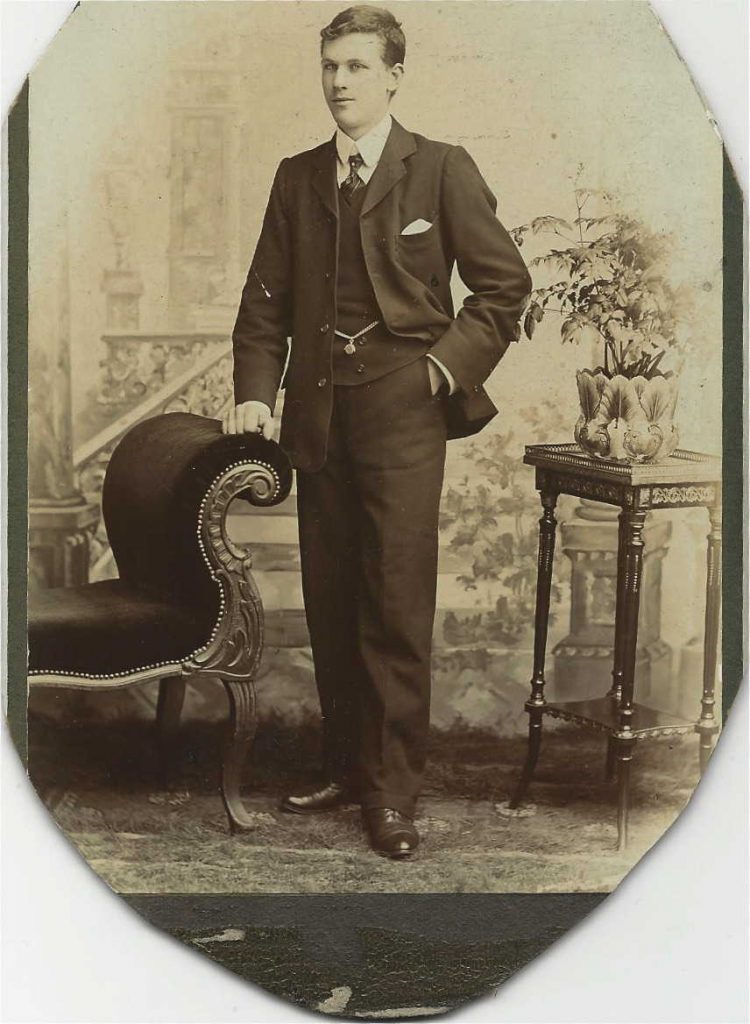 A photo of John, kindly shared with the museum by family members

Parent’s occupations: In the 1871 Scotland census his father is recorded as an errand boy, but he was only fourteen at the time.

Children: He had a daughter called Elizabeth Browning.

Travels: He arrived in the United States in 1923. The family ended up outside Philadelphia where all of them are now buried. 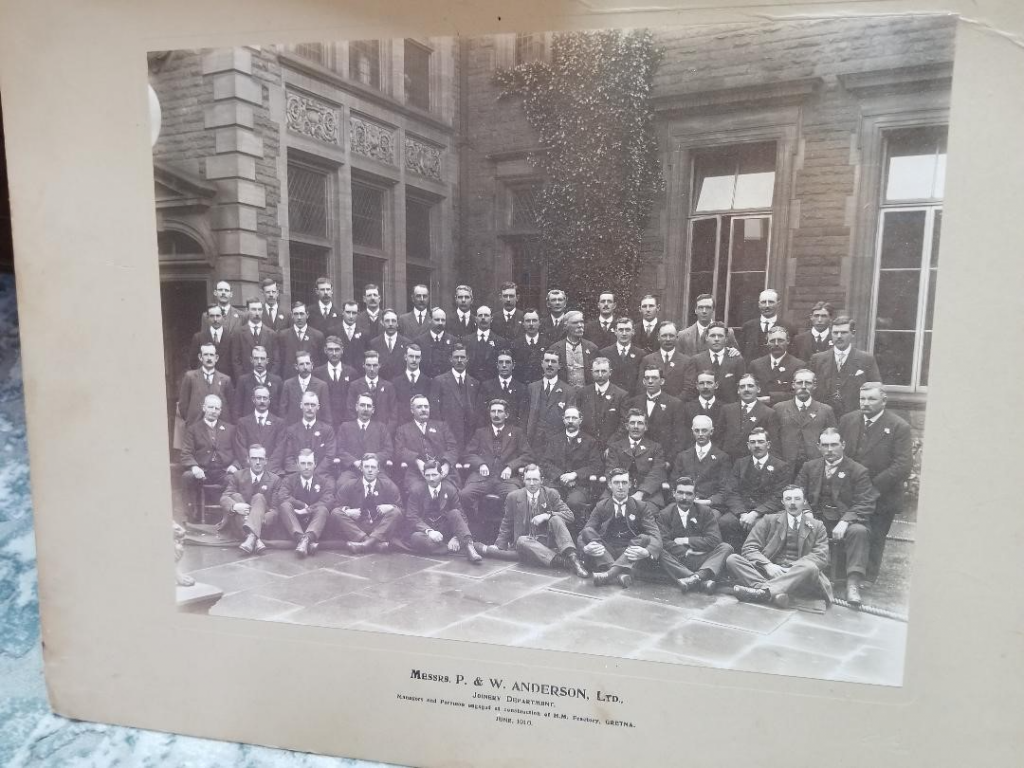 The photo is of the Messrs. P. & W. Anderson, Ltd. Joinery Group engaged at the construction of the H. M. Factory , GRETNA in June, 1916. The picture is about 2 ft in length. Kindly shared with the museum by family members.