Joseph Bell Hayhurst was born on 7th April 1893 to Margaret nee Bell and  William Silas , a potato merchant  at Cummersdale near Carlisle.

Gretna years – living in Carlisle and being a heavy worker Joseph was employed at the Factory for some or all of the time.

1918 – son John known as Jackie born . later to become Mayor of Carlisle 1969-1970 and receive an OBE. Listed on Wiki page of list of Carlisle Mayors 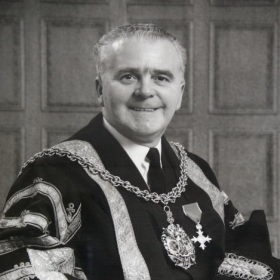 1921 – listed as an ex Gretna worker. He , Margaret and 1 other in the house in Carlisle. A third son born.