Full name of worker at H.M. Factory Gretna (and any other names they are known by) : Lily Florence Curle (later Mrs. Lily Ogilvie).

Do we have images/photos of this person? Yes, provided by her granddaughter. 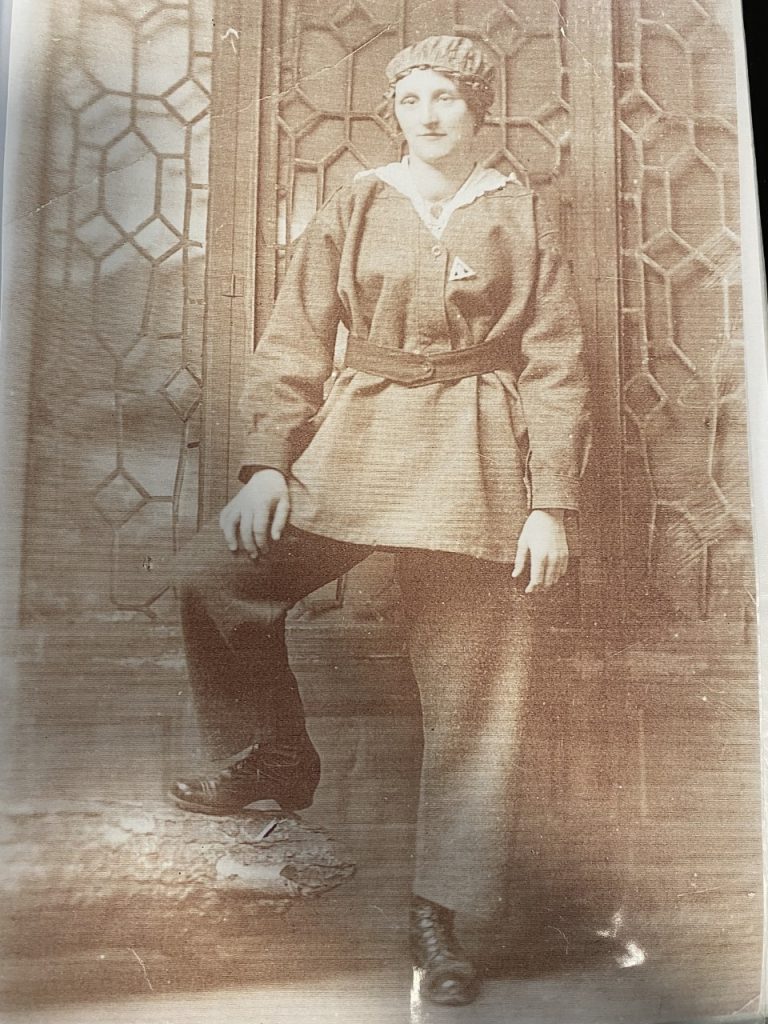 Lily in her munitions uniform. Photo kindly shared with the museum by Lily’s granddaughter.

Childhood: Lily grew up at Drybeck, Arthuret Road, Longtown and was one of 13 children.

Parent’s occupations: Her father was a Head Gamekeeper. 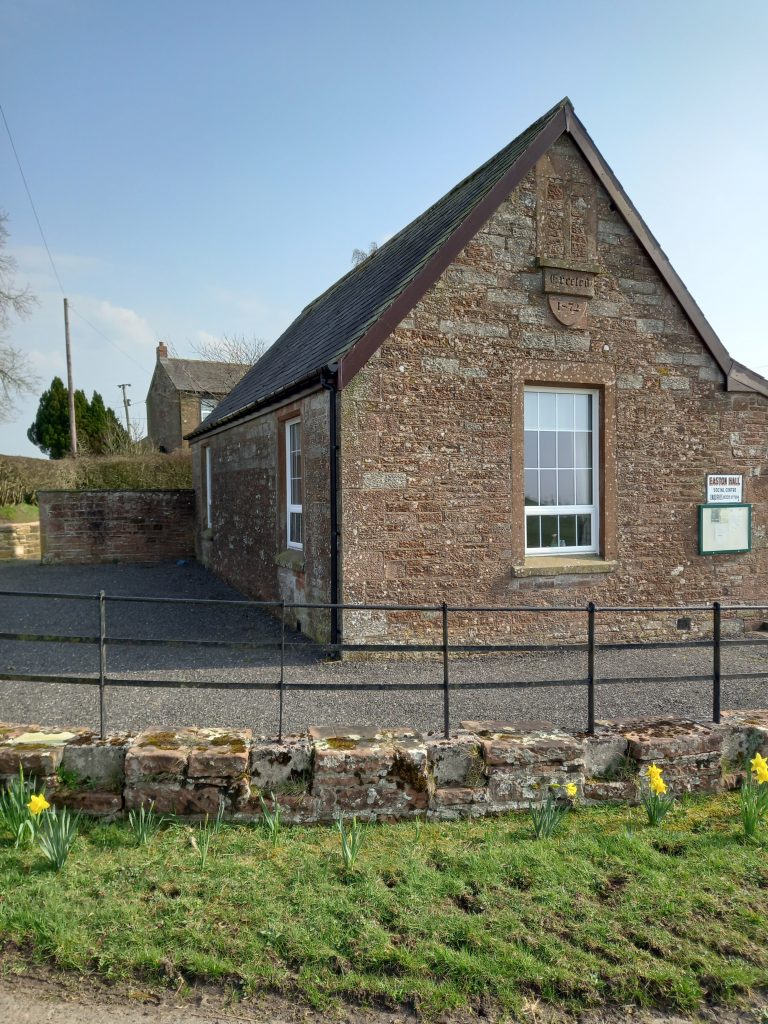 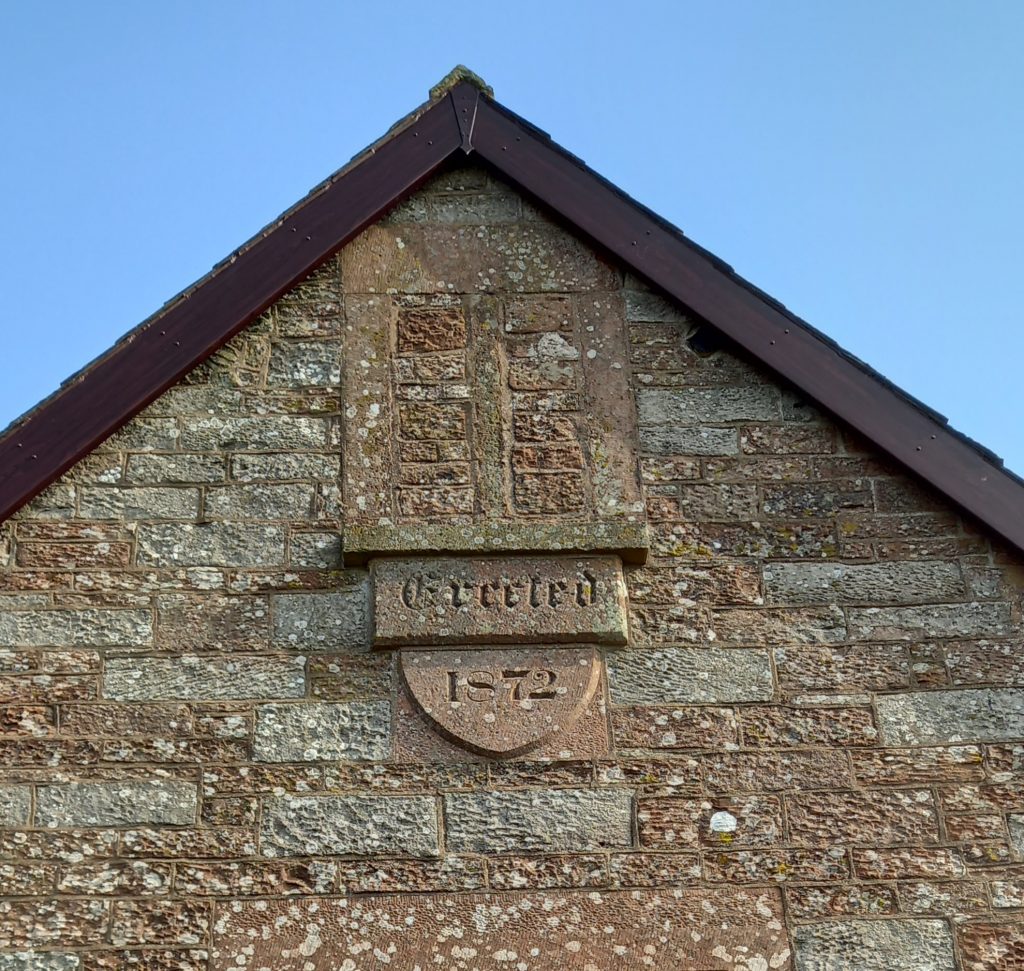 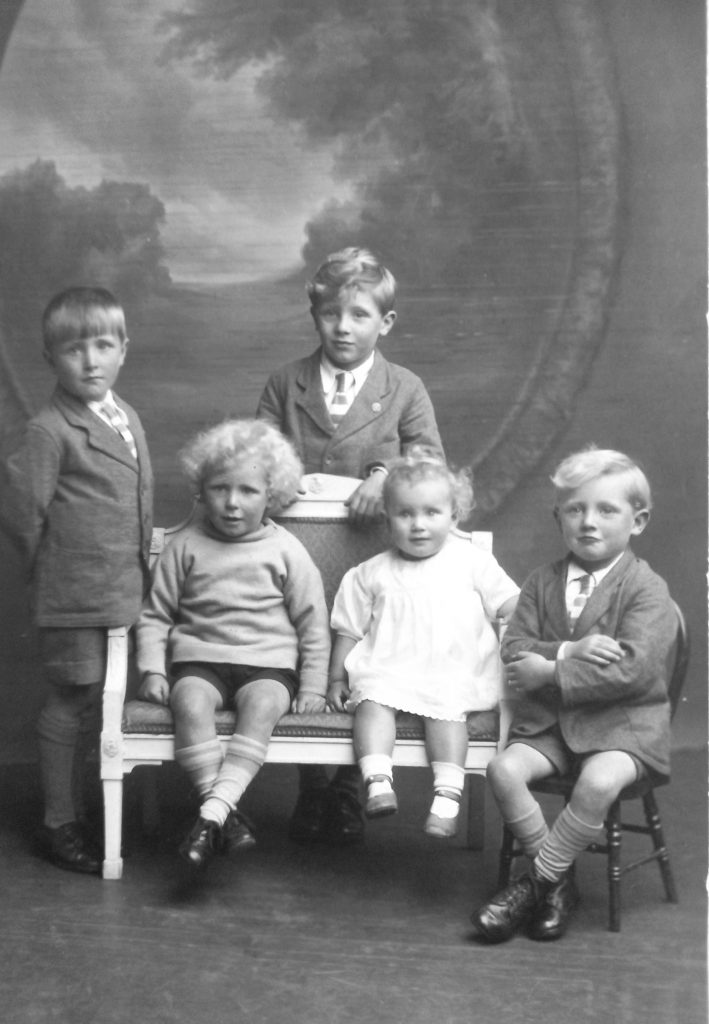 Trivia / any other information: N/K

Just after her 16th birthday on July 31st 1916, Lily Florence Curle (later to become Mrs Alexander Ogilvie) heard from her friends that the new munitions factory at Mossband was looking to employ females of all ages. She told her father that she would like to apply for one of these new jobs, but he said she could not as there was enough work for her to do at home, with her mother in a wheelchair. Going behind her father’s back, which must have taken great courage in those days, she applied and was successful in securing one of these new positions. Lily had to travel by bicycle to her work at Mossband from her home at Drybeck on the Arthuret Road near Longtown, which was seven miles, a round trip of fourteen miles on top of a days work. This she did willingly (as she was glad to have work) morning and night, winter and summer, and was never late. She continued working with munitions at Mossband until she had to leave in the autumn of 1919 to get married – photo and history donated to the museum by Lily’s granddaughter.