Full name of worker at H.M. Factory Gretna (and any other names they are known by) : RALPH PETER GALLOWAY

(For their military Service see Notes)

Parent’s occupations: William was an Engineer.

Schools / universities attended and years of attendance:  Not known 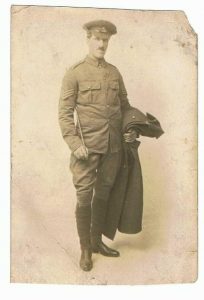 Sergeant;9th January. Discharged due to valvular disease of the heart in October 1916.

Mary worked in the Bake House, (probably at Gretna). She got TB and died in 1920. They are buried at Eastriggs.