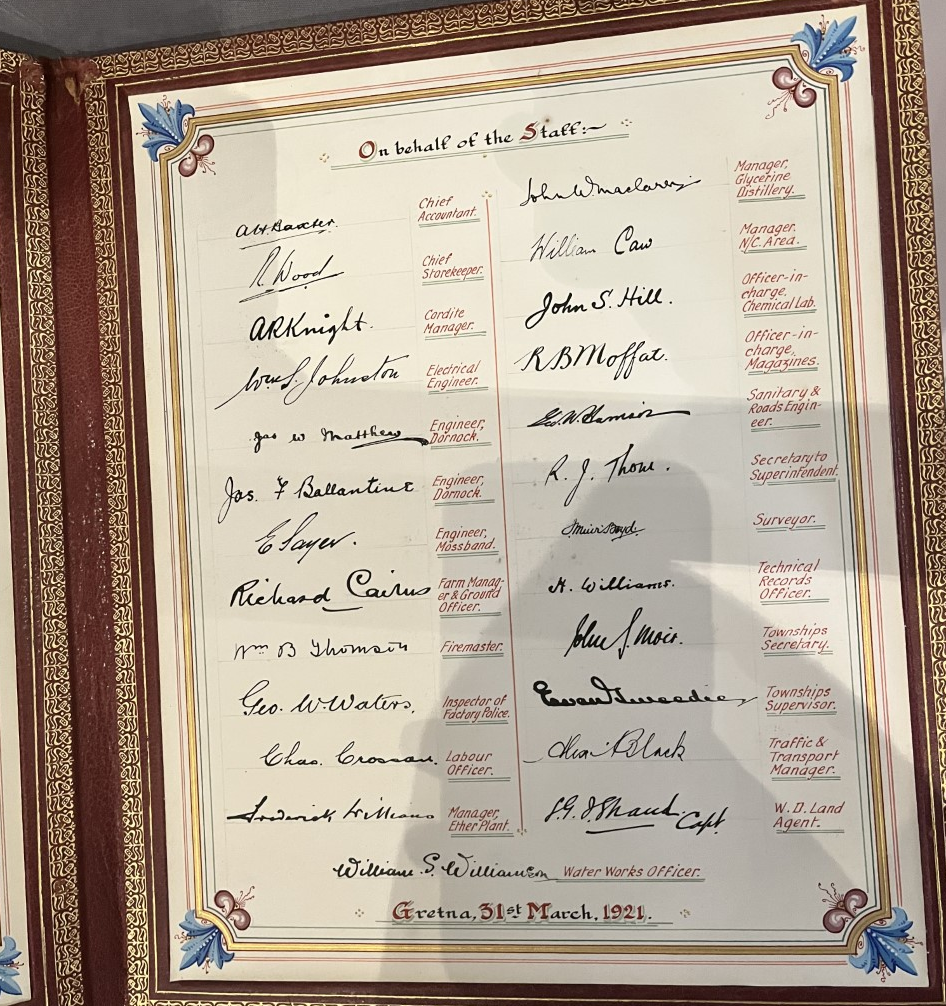 document that was presented to J C Burnham at the end of his service at Gretna, held in The Devil’s Porridge Museum archive collection. Mr Cairn’s name can be seen on here.