Date and place of death: 31 May 1934 Gretna, Dumfriesshire, Scotland

Biography: Stuart’s mother died when he was a very young child. He was sent to boarding school in England, and appears in the 1881 census at a school in London.

No siblings could be found for Stuart apart from two brothers and sister mentioned in the newspapers:

Parents occupation: Charles Farquhar Shand Esq was Chief Judge of the Supreme Court of the Island of Mauritius.

Children: Stuart had one son from his first marriage:
Guy George Charles Farquhar Shand born 1910 who joined the RAF. 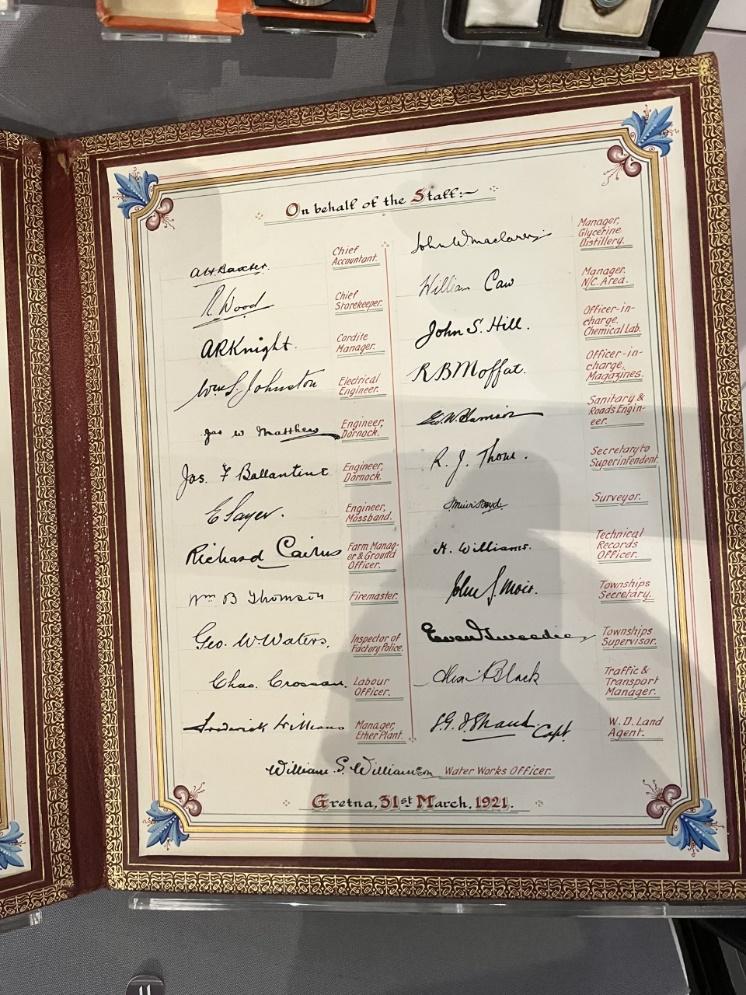 The above was presented to J C Burnham at the end of his service at Gretna, now part of the holdings at the Devils Porridge Museum.