Full name of worker at H.M. Factory Gretna (and any other names they are known by) : William Leonard Vellender

William Leonard Vellender was a chemistry teacher, who worked at Dornock during the Great War. After the war, he returned to teaching and raised a family in Eastbourne.

William was born on Christmas Day in 1888 in Winchester, the son of William and Annie Vellender. William senior was a cabinet makers’ foreman.

William Leonard won a scholarship to Peter Symonds School in Winchester before taking a science degree at London University. He became an assistant school master in Islington. He met Grace Bagnald, and they married in Hackney in 1914. Their son Bernard Francis was born a year later (1).

During the Great War, William worked at HM Factory Gretna. He was employed as chemist in charge of acid mixing and manager of the nitro-acids works at Dornock.

After the war, William resumed his teaching career and the family moved to Eastbourne, where he taught chemistry at Eastbourne Grammar School. Their daughter Kathleen Margaret was born there in 1922. He continued to teach until his retirement in 1954 (2).

He had hoped for a peaceful retirement tending his garden. However, tragedy struck on 25th August 1958 when his daughter Kathleen was one of five passengers killed in a rail crash at Eastbourne station.

Name and address mentioned in the Dornock Farewell, held in The Devil’s Porridge Museum’s archive collection. 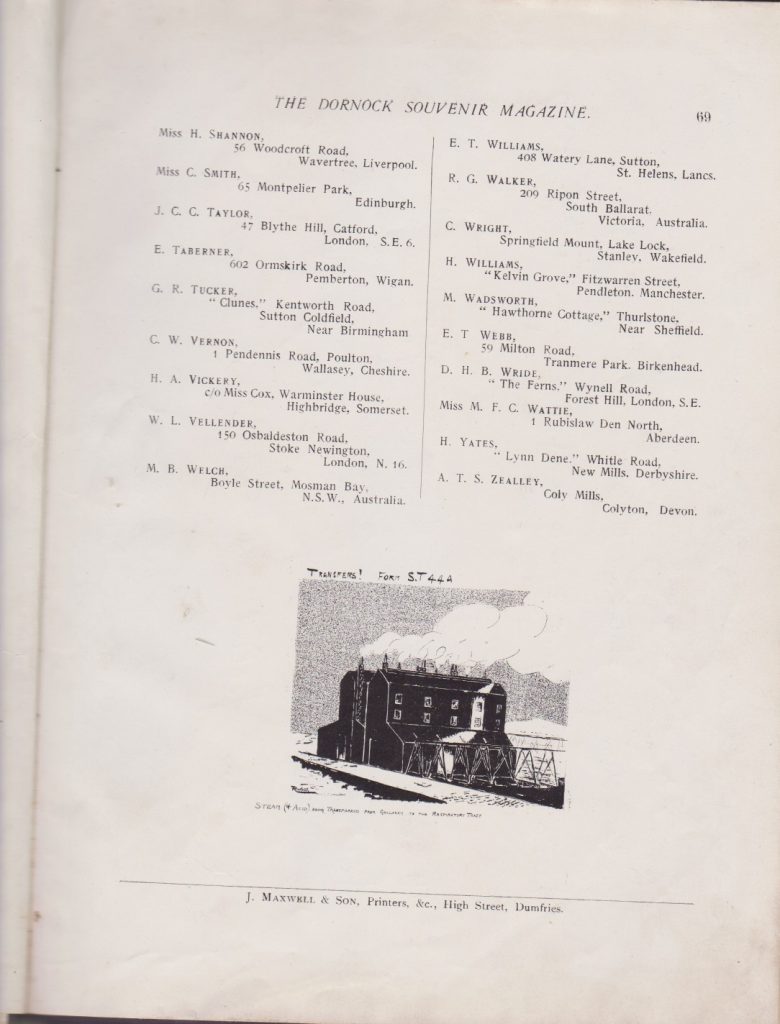