Biography-Wilfred grew up in Yorkshire, the eldest of six children:

Affred Edmondson and Mary Cunnington who were married

in Skipton District, Yorkshire June 1884
Parents occupation –         Affred Edmondson was a baker and

in Skipton District, Yorkshire in 1913
Children:  Wilfred and Alice had three children born after WW1

Before the war Wilfred worked as an Insurance clerk and after the war as a Dairyman.
Travels – Nil known
Awards/recognitions: Nil known
Trivia/any other information 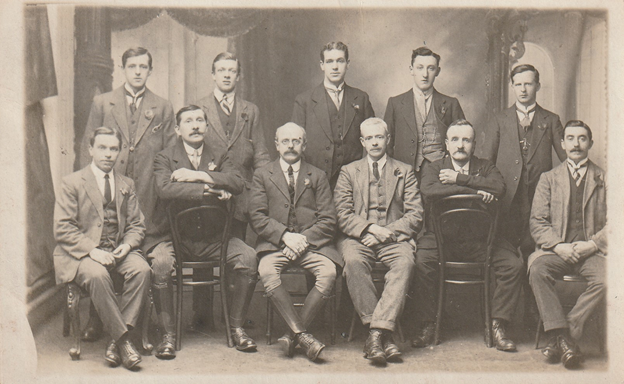 Email from Wilfrid’s grandson and grand daughter in law, August 2021: ‘I am writing to you with regard to my husband’s grandfather, Wilfred Mason Edmondson, who worked at HM Factory Gretna during WW1.

Last week we enjoyed a visit to your museum and found it very interesting. John suggested that we contacted you with a view to possibly finding out more about what Wilfred did at the factory.

Until recently what Wilfred did in WW1 was a complete mystery until Mike’s cousin came across a couple of photographs of him taken in 1918 at HM Factory Gretna. He was in the army from 1914-15 but was then dismissed as no longer physically fit for military service.

Having visited the museum we realise that the reason Wilfred never spoke about his time at Gretna was that he would have had to sign the Official Secrets’ Act.

I am attaching the two photos. On the back of one are written the names of the people in the picture. They are as follows:- 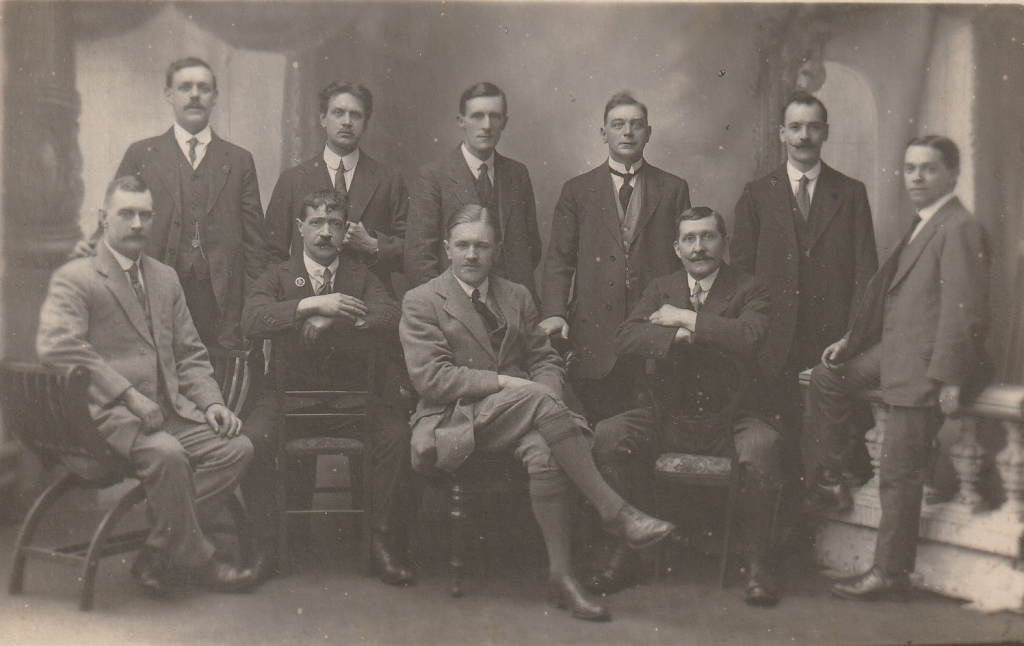 Wilfred (far right) with his HM factory colleagues. Photo donated by his grandson

Wilfred Mason Edmondson who worked at the Gretna factory in 1918

Other information about Wilfred Mason Edmondson

Wilfred Mason Edmondson was born on the 22nd January 1885 at 9 Midgleys Buildings, Barnoldswick (which was then in Yorkshire but since 1974 has been in Lancashire).  His parents Alfred Edmondson (b.1858) and Mary Cunnington (b.1858).  At the time of Wilfred’s birth, his father was a cotton weaver.

1915 – 3rd January – Wilfred was listed as wounded.  His duty location was France and Flanders.

1915 – 12th July – Wilfred was discharged from the army on account of being ‘permanently physically unfit’.  He was listed as being entitled to a ‘wounded stripe’.  [Archive ref. DT22021915]

1918 – The photographs were taken of Wilfred while he was working at Gretna, but we don’t know when he first went there.

The family later settled in Preston, Lancashire in c. 1936.

Towards the end of his life Wilfred went to live with his daughter, Ida, in Looe, Cornwall.

1967 – 14th May – Wilfred was buried in the churchyard at St. Martin by Looe Church, Cornwall.