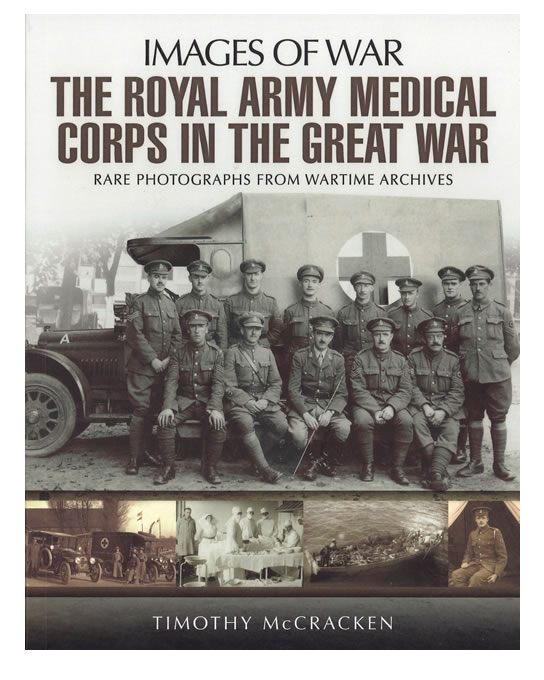 The Royal Army Medical Corps in the Great War

Rare photographs from Wartime archives including chapters on faces of the RAMC, the United Kingdom, France and Belgium, A Global War and After the Conflict.

The Royal Army Medical Corps in the Great War

The Royal Army Medical Corps (RAMC) supported the British Army throughout the First World War treating sick and wounded military personnel. The RAMC also had a range of sanitation responsibilities. The military nursing services and voluntary medical personnel provided vital support to RAMC medical units and hospitals, ensuring the effective treatment of casualties. The size of the armies, the intensity of the combat, the power of modern weaponry and the global nature of conflict meant the number of casualties proved challenging for the medical services of all combatants, including the RAMC.

Consequently a number of innovative solutions were needed, and one such innovation developed by British medical services was the use of barges for the evacuation of seriously wounded casualties. A range of previously unpublished photographs, in thematic chapters considering aspects such as service in the United Kingdom, global warfare and commemoration, illustrate experiences of RAMC and medical personnel during the First World War.

The book contributes to wider understanding of the RAMC and medical services in the First World War, and as such will be of relevance to readers with an interest in medical, social and photographic history.

Paperback book with 189 pages, illustrations and photographs throughout.