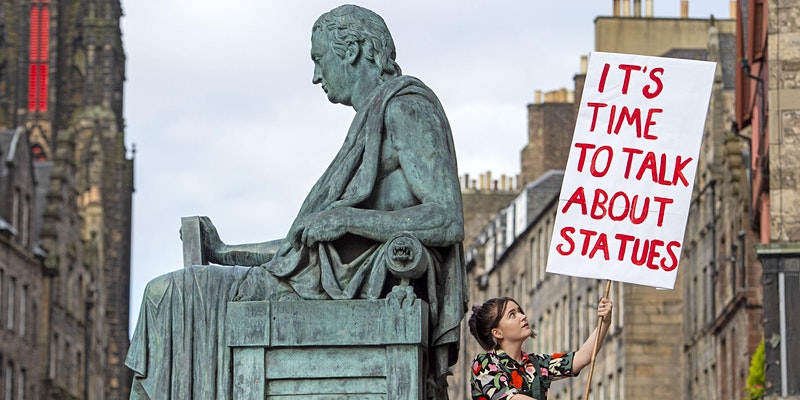 This year the Scottish International Storytelling Festival are asking if you could nominate someone to have a statue made of them, who would it be? We at The Devil’s Porridge Museum LOVE this question, but as there were literally thousands of people who are involved in the story of HM Factory Gretna and The Devil’s Porridge, we thought we’d put our nomination to a vote. Head on over to our Twitter page (@Devils_Porridge) to vote for your favourite, or read on to find a little more about each contestant!

Chemists were a crucial part of HM Factory Gretna, responsible for the chemical components that made up cordite. One of these chemists were Herbert Womersley, who before the war had trained as a chemist in soap manufacture. But Herbert’s passion was entomology, or the study of insects, which is what he made his career in after the war! To find out more about Herbert, click here. Hebert and his wife, Alice 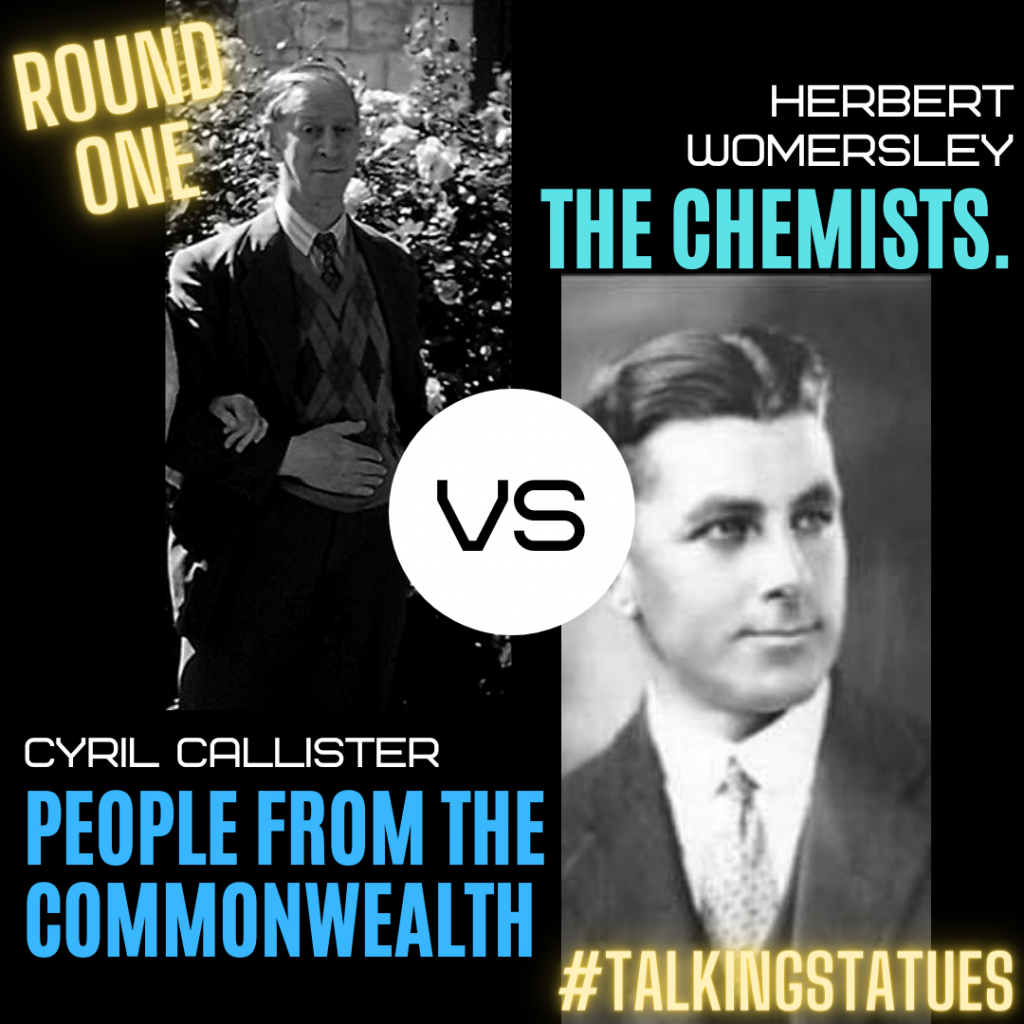 People from the Commonwealth 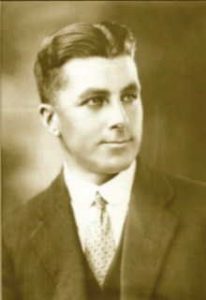 Cyril Callister, the inventor of Vegemite.

Cyril Callister was a chemist that hailed all the way from Australia. Because of his scientific skills, he was diverted from The Australian Imperial Force into munitions and ended up at HM Factory Gretna. Whilst there, he met his future wife–a local girl called Katherine Mundell, who came from Annan. He then went to Australia and then became the inventor of Vegemite! To find out more about Cyril, click here. 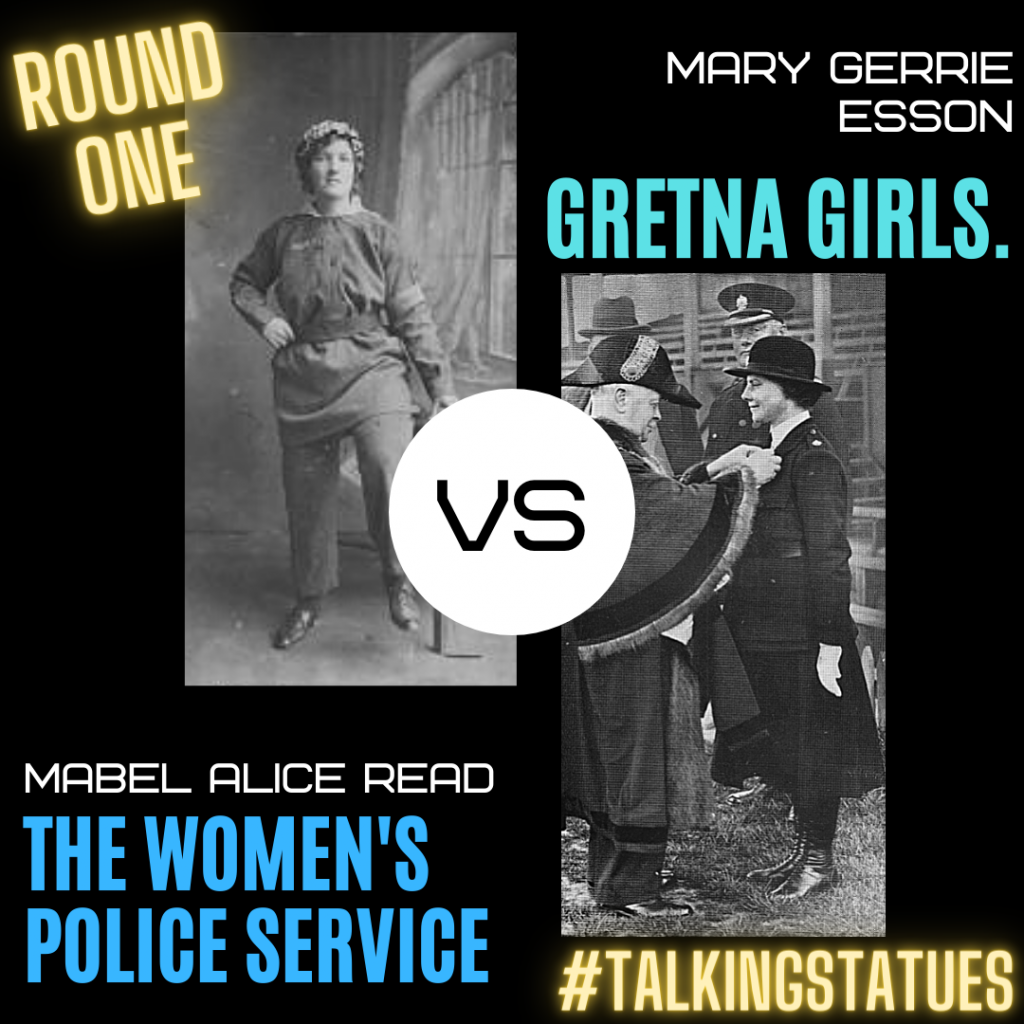 Women munition workers at HM Factory Gretna came from all over the country–from the highlands to southern England. 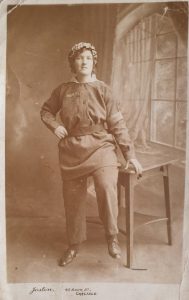 Mary Gerrie Esson was born in Aberdeen, Scotland. She was twenty when she began working at HM Factory Gretna, and sent back postcards to her mum of herself looking very smart in her uniform! After the war, Mary emigrated to Australia, where she passed away in 1964. To read more about Mary’s life, click here.

Over 150 women worked as police officers at HM Factory Gretna, one of the largest women units of officers during WW1. Women police were still unusual, and it was only very recently that women had been able to be police officers.

Mabel Alice Read worked as an officer at Gretna, patrolling the factory area and searching workers for contraband items. After the war, she continued her policing career, working in Hove in the south of England. To read more about her, click here. 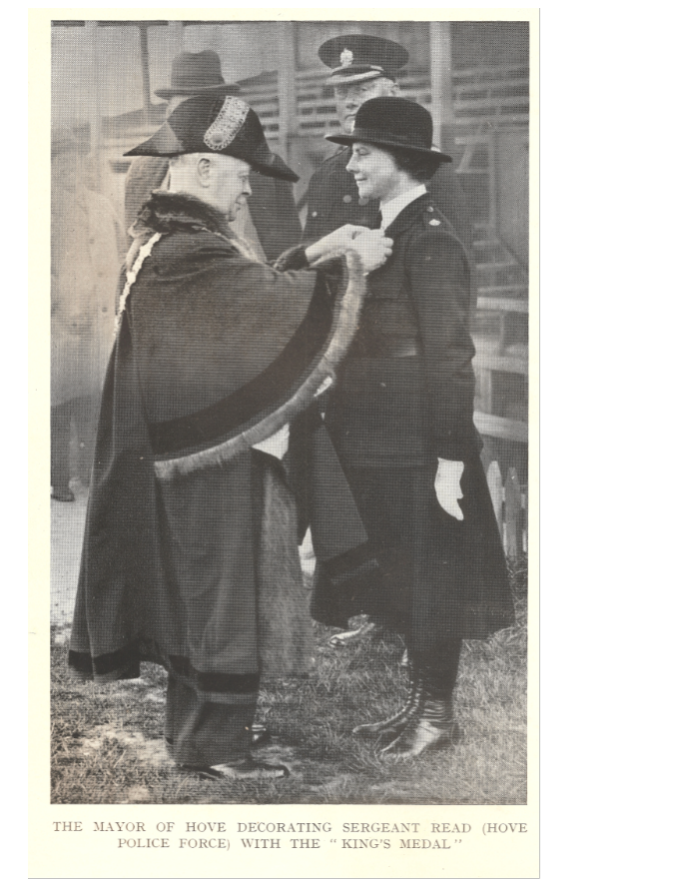 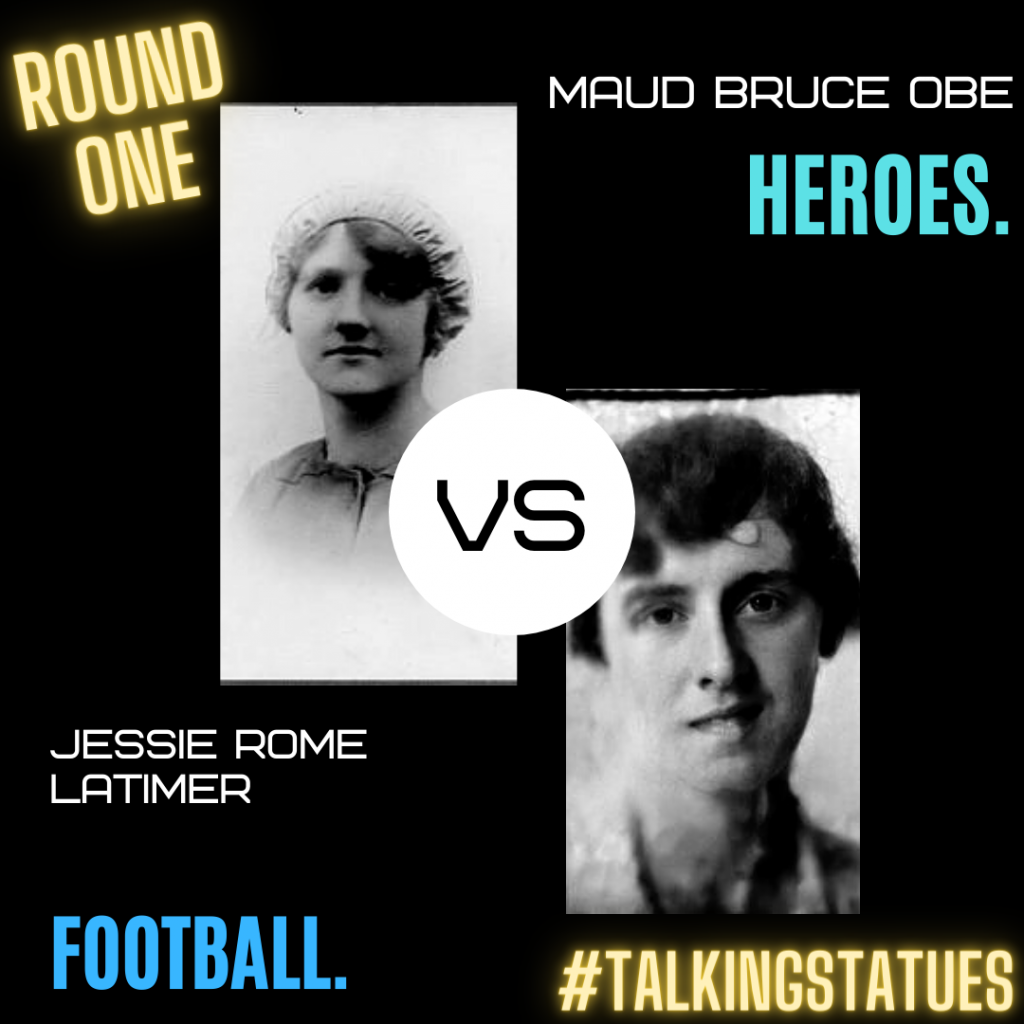 Maud Bruce OBE worked at in a munitions factory in both World War One and World War Two. In 1917, she was awarded an OBE for her bravery in stopping a fire from spreading at HM Factory Gretna. To learn more about Maud’s incredible life, click here. 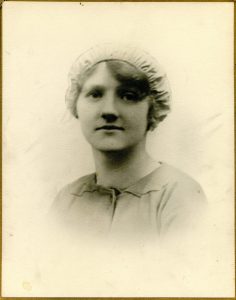 HM Factory Gretna wasn’t all work and no play. There was an extensive and well organised recreational department, which included sports and am dram–the perfect remedy to being surrounded by munitions all day. 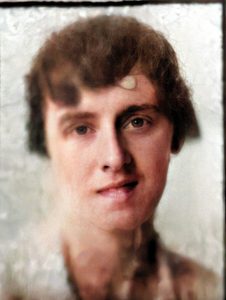 Jessie Rome Latimer played in one of the women’s football teams at the factory, The Mossband Swifts. Women’s football became increasingly popular during the war, and teams often faced off against each other to massive crowds in aid of charities. To learn more about the Swifts, click here, and to find out about Jessie and her life, click here. 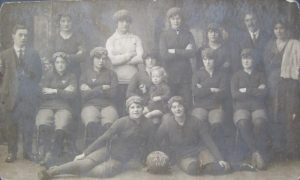 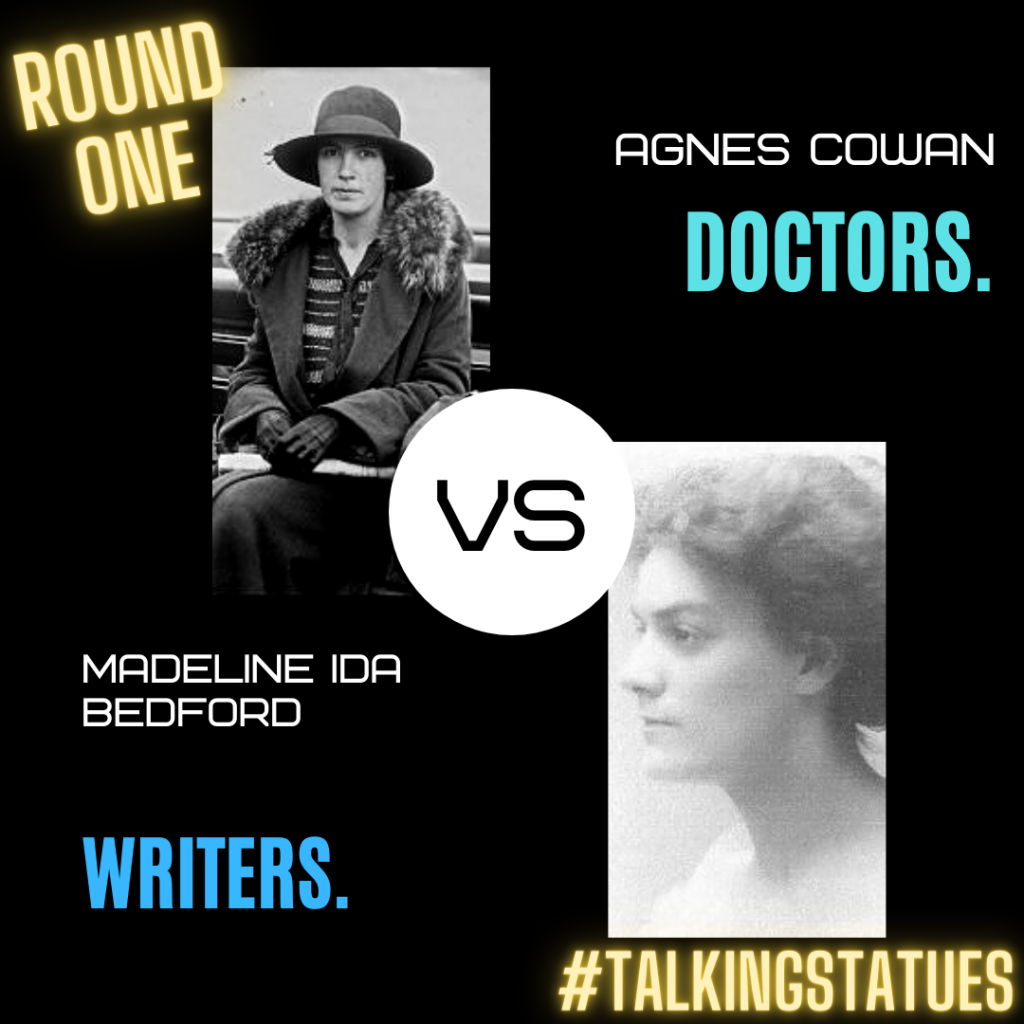 Doctors and nurses were essential cogs of the HM Factory Gretna machine, looking after the munition workers health and tending to any injuries. One of these doctors was Agnes Cowan. Agnes was an established medical missionary working in China, but came to work at Gretna when war broke out. To find out more about her, click here. 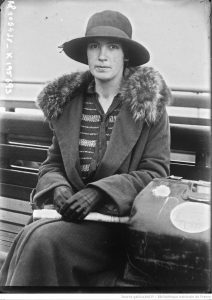 There was a LOT of creativity at HM Factory Gretna, but one woman in particular stand out. 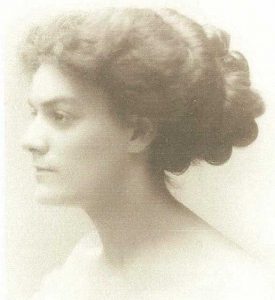 Madeline Ida Bedford was a women wartime poet, who we think worked at HM Factory Gretna. Her most famous poem was on the topic of munition workers wages. Find out more about Madeline’s life here.

Which one of our workers do you think deserves a statue?