Biography:  Edwin Came from a large family – his siblings being: 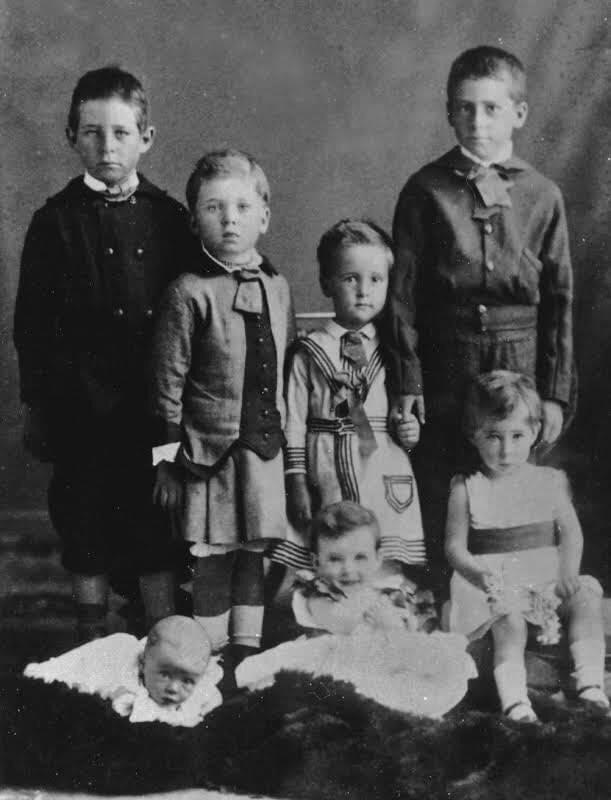 Based on ages, Edwin would be the smallest, standing child
Parents:

Edwin Gordon Blackmore (1837-1909), public servant and author, was born on 21 September 1837 at Bath, Somerset, England, fifth child of Dr. Edward Blackmore, M.D., of Bath, and his wife Jane Elizabeth, née Gairdner. His grandfather was Hugh Blackmore of Cornwall, a Surveyor.

George Farr had come to Adelaide South Australia in 1854 to be Headmaster of St Peters Collegiate School. Eleanora was born in Cornwall in 1848 and died in Adelaide in 1901.

Edwin Gordon Blackmore’s Obituary can be found via following link:

Edwin emigrated from Australia to South Africa in 1903 aboard the ship Commonwealth.

Edwin Returns to South Africa from UK in 1917 aboard the ship Inanda
Awards/recognitions:  Nil
Trivia/any other information:
Bibliography: