Full name of worker at H.M. Factory Gretna (and any other names they are known by) : Katherine Mary Tearle

Do they already have a Wikipedia page? If yes, please paste link:

Childhood: According to the 1891 England census, Katherine had brother and sisters, Minnie Tearle, Emily, Bessie Tearle John Herbert Tearle and Samuel Hugh Tearle. Katherine was the second youngest child. Katherine also had older siblings, Jeffrey J. Tearle and Martha Tearle who was 10 and Martha who was 3 ½ according to the 1881 England census. Katherine also had a half-sister called Minnie Endall, from her father’s previous relationship.

Parent’s occupations: Enoch Tearle had been in the army but Elizabeth is not recorded as having an occupation.

Job title at Gretna: Constable then a Sergeant in the Women’s Police Service

Children: Unknown but not recorded as having any children

Travels: Katherine trained in London for the Women’s Police Service and worked in Hereford Munitions Factory and in Walsall for the WPS.

The First World War created a demand for women in the police, therefore Katherine would have given up her job as a teacher (1911 census) to support the Women’s Police Service during the War. Duties of women police officers in munition factories involved searching for dangerous and forbidden items on workers like cigarettes and pen knives and anything else that could cause an explosion. Women police in munitions factories also oversaw factory operatives in time-keeping, pay queues and the canteen. Katherine would have been doing these duties. 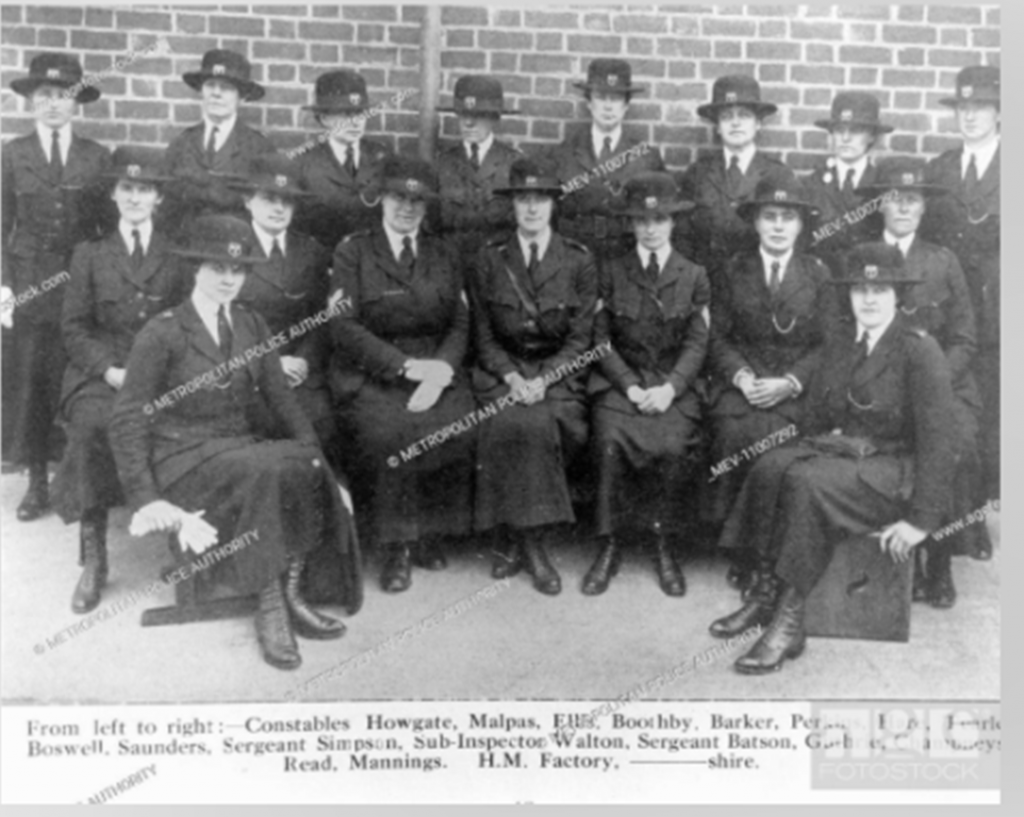 This photograph was taken at HM Gretna munitions factory, likely in 1916 but prior 7th November 1916 as Katherine was a Sergeant when she found cordite on munitions worker Ellen Routledge at Mossband and not a Constable as in this photograph:

‘Ellen Routledge, a munitions worker at Mossband, was found guilty of stealing a stick of cordite worth one shilling on 7th November 1916. The cordite was found tucked into the top of her stocking by Police Sergeant Catherine May Tearle. The judge at Longtown said, “It is undesirable that an article made by a secret process should be taken from the compound, as it might easily get into the hands of the enemy.” She was fined £1 and ordered to pay costs.’

As Munition production had started in Gretna by April 1916 and Katherine is mentioned in a case in 1916, it is likely that she policed Gretna in 1916. 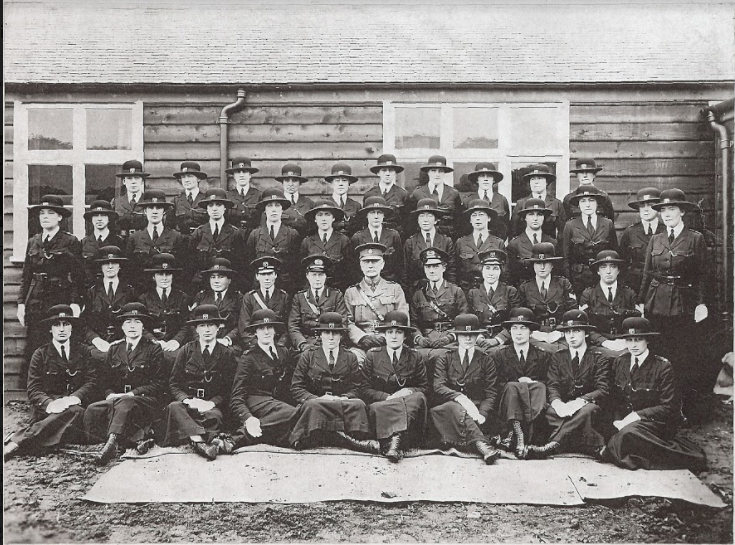 After working at Gretna and Herford munitions, Katherine was sent to police Walsall in 1918. In June 1918, Tearle was one of two policewomen who caught four boys playing a gambling game called pitch and toss. Despite the boys running away, Tearle caught one of them. On the same day, Tearle was one duty with the other policewoman in Reedswood Park and spotted a group of men card gambling. After Tearle and her fellow officer climbed over the railings the men ran away but Tearle caught one of them.

Katherine is mentioned in a Roll of Honour, which you can see here.