Biography
Childhood: Mary grew up in Carlisle, the eldest of 8 children:
Parents: James Patrick and Margaret Cookson
Parent’s occupations: James was a Joint Maker for a Railway company
Schools / universities attended and years of attendance:  Nil known
Occupation: Weaver at a cotton mill
Place of residence at Gretna:  Not known
Job title at Gretna: Looking at uniform in photograph its likely Mary worked in the cordite factory.
Marital status: 1922 Mary married George Frederick Hutton in Carlisle
Children: George and Mary had 4 children:

Information from a family email, August 2021: ‘She worked in the munitions factory and after that she married and raised her 4 children before becoming a shop cleaner in serval shop and worked as a pub cleaning and glass collector before finally become a barmaid in the magpie pub in Botcherby in Carlisle before retiring 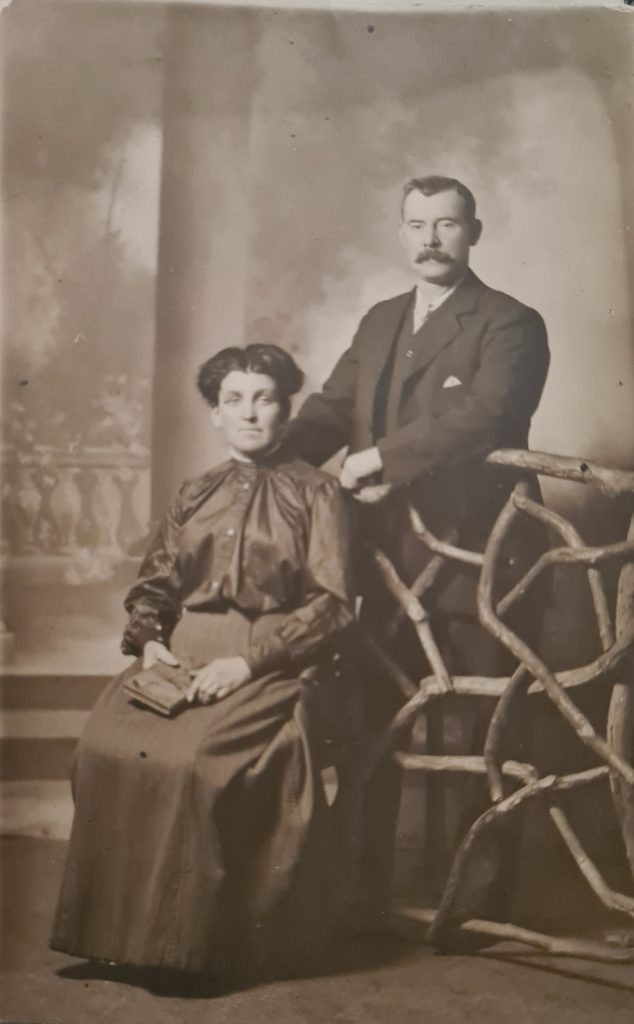 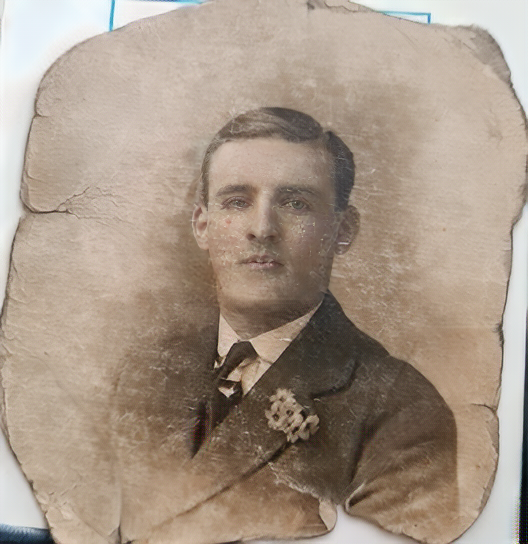 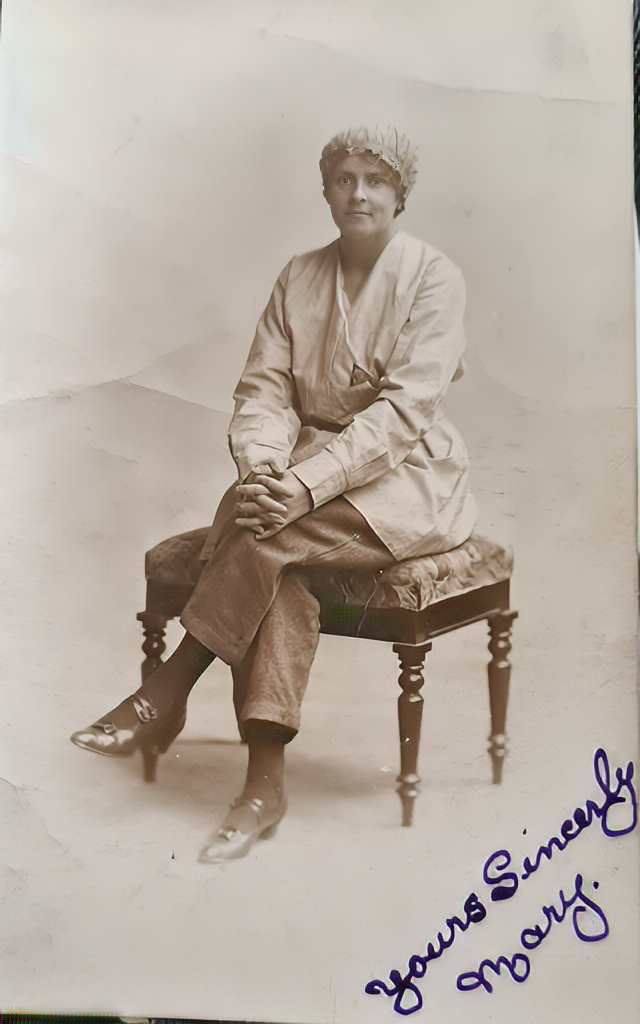 5th photo — Mary before the factory. 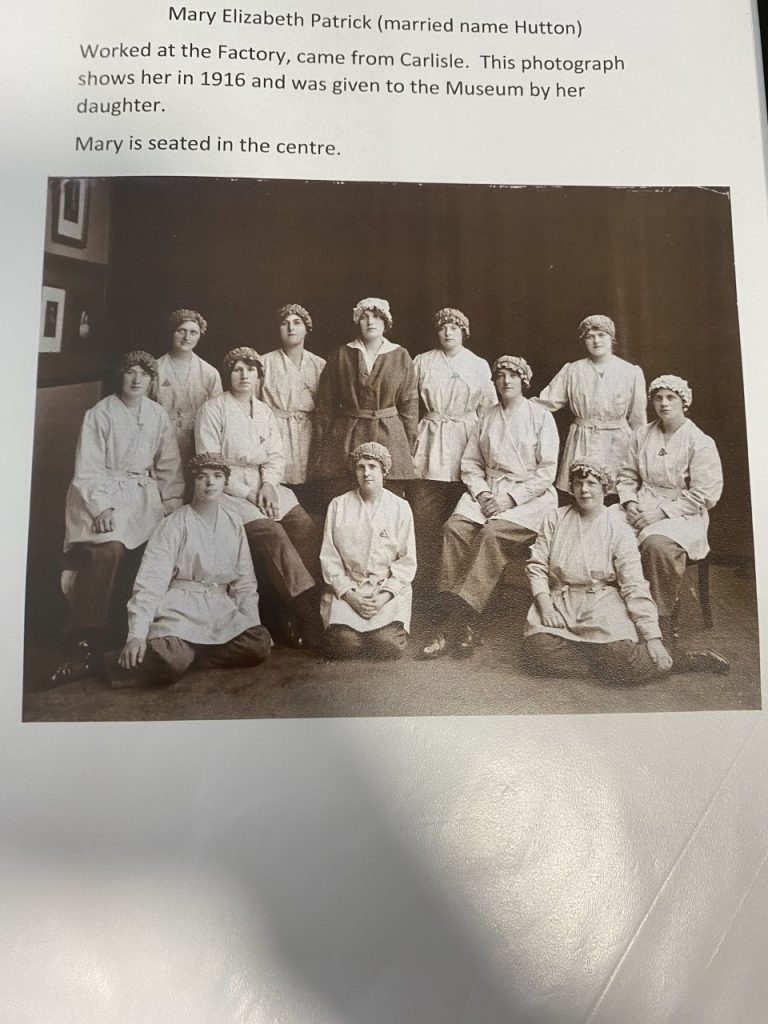