By Laura NoakesJanuary 23, 2022No Comments 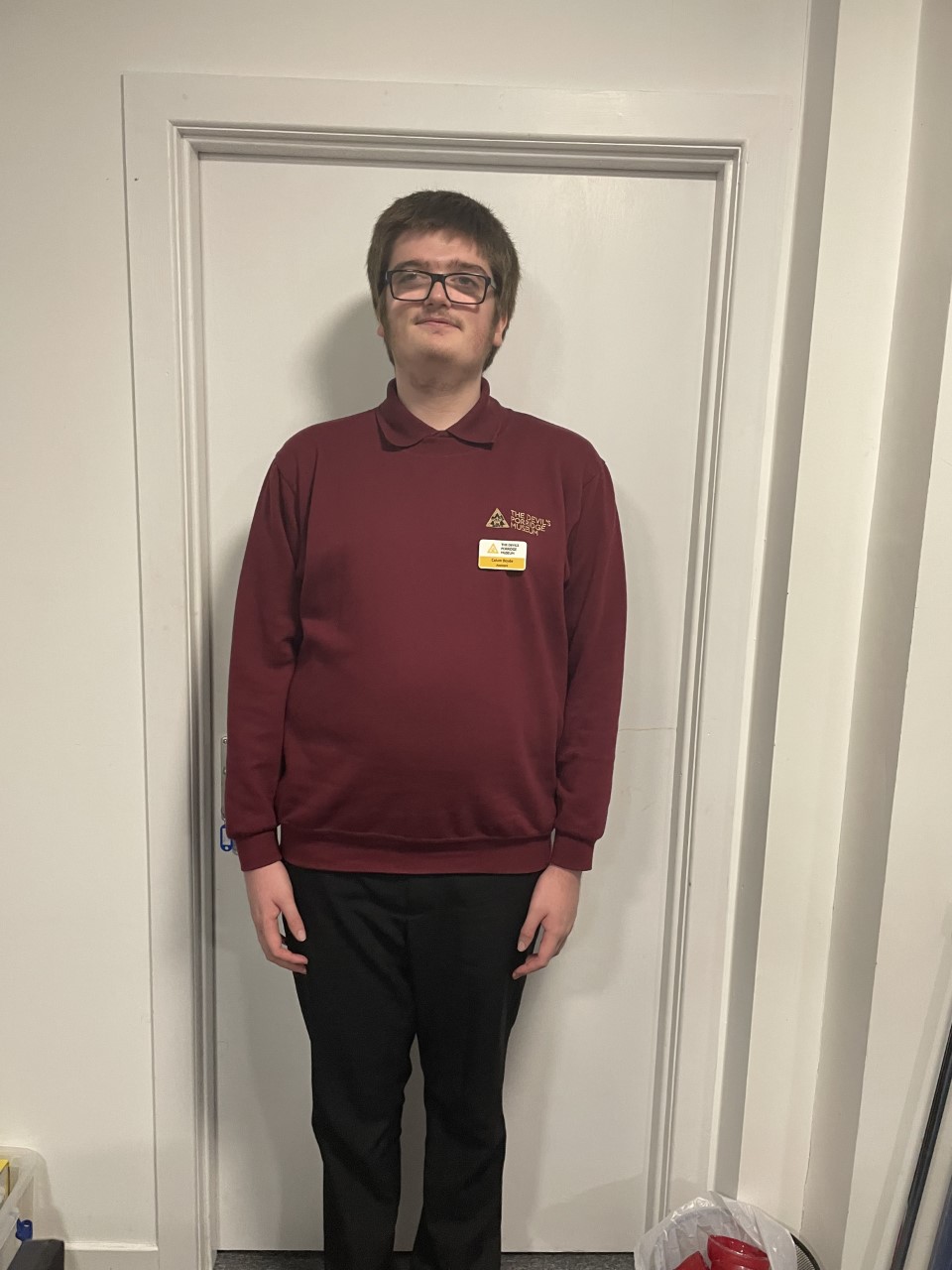 by Calum Boyde, SVQ Student at The Devil’s Porridge Museum. 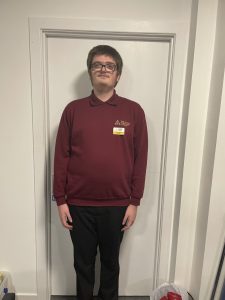 Calum in his museum uniform

I came to volunteer at the museum due to a work placement at Annan Academy in 2019. I got offered a chance at doing an SVQ by Judith (the former museum manager). I want to work in the museums because ever since I watched Horrible Histories, I have been interested in History.  My favourite time period is the Ancient Egyptians, Roman and Greek, The Golden Age of Piracy and The Age of Revolution and all the way up to the end of the Cold War. Some of my favourite people from History are Cleopatra, Robert The Bruce, William Wallace, Mary Queen of Scots, Blackbeard, George Washington, Alexander Hamilton, Marquis de Lafayette, Abraham Lincoln, John F. Kennedy and Martin Luther King. My hobbies are Gaming, Reading and watching Musicals. 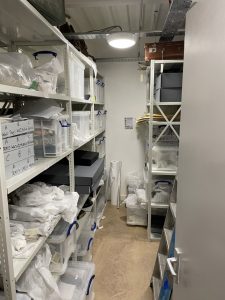 One of my many experiences of working here is re-organising the object store and accessioning objects. I started by having a short meeting with Judith as she explained what needed to be done. We took boxes out to see what was in them and to see if they could be better in a different box. We had a collection of objects gifted to us last year that I had to accession all the objects. During the accessioning of the objects, I had to write a description of what it was and where it could be found in the object store and then I wrote a label for it. After we have accessioned and catalogued all the objects we got to work at reorganising the object store so everything was easer to find. 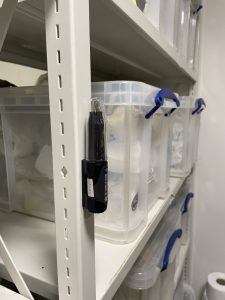 At the museum we check pest traps and environmental control once a month. Pest traps are recorded by picking up the pest traps and seeing what bugs and insects are in and seeing if there is any pests. If there is any pests we check the trap or traps a week later to see if there is anymore in the trap because it would be a sign of an infestation. Every trap gets a number and is recorded on a report sheet. Environmental controls are recorded digitally and we collect them to put the data onto a computer so we can print it out. In this we look at the temperature and humidity to see if any places are affected by them. If there is anything above or below the lines, we would see if we can explain what it is before we do any action.

Tik Tok club was set up to bring in teenagers who use this site to the museum. I have enjoyed working on Tik Toks because it diversifies what I have done in the museum. The challenging parts of making Tik Toks are making sure everything we want is in frame and making sure we don’t make many mistakes while making them, even if they are sometimes funny.

Have you ever been so bored you’ve shot a telegraph pole? Stitch this with your most unusual object museums! We tag @lincsmuseums @sachistorymuseum

I have enjoyed doing this SVQ and volunteering in the museum as it gave me experience of working in different parts of a museum, even though it is a small museum, The staff and volunteering here are welcoming and very polite. If I had any advice for new SVQ students it would be to do it because it’s great for CV and experience.