Full name of worker at H.M. Factory Gretna (and any other names they are known by): Agnes Helen Webster 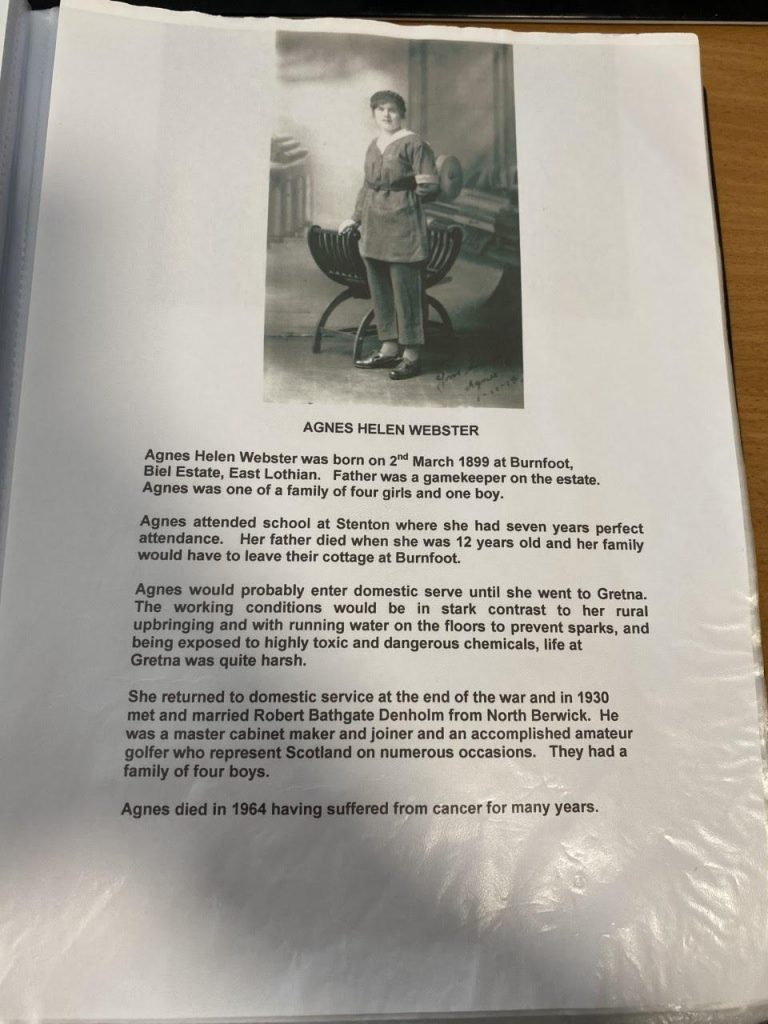 Childhood: Had 2 sisters, Isabella and Mary, and a brother, John

Occupation: Probably in Domestic Service (on marriage register in 1930 she worked as a tablemaid)