Date and place of birth: Not known but most likely Australia circa 1889

Travels: William’s went from Australia to England 1916. William returned to Australia after the war

Name and address appeared in the Dornock Farewell, held in The Devil’s Porridge Museum’s archive collection. 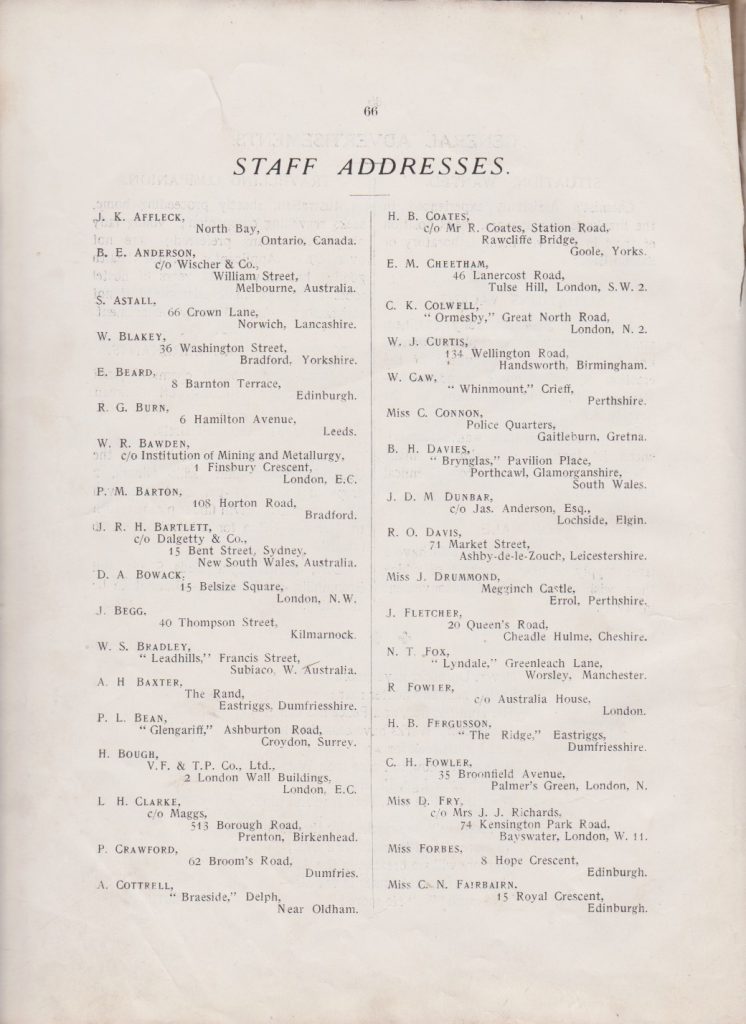