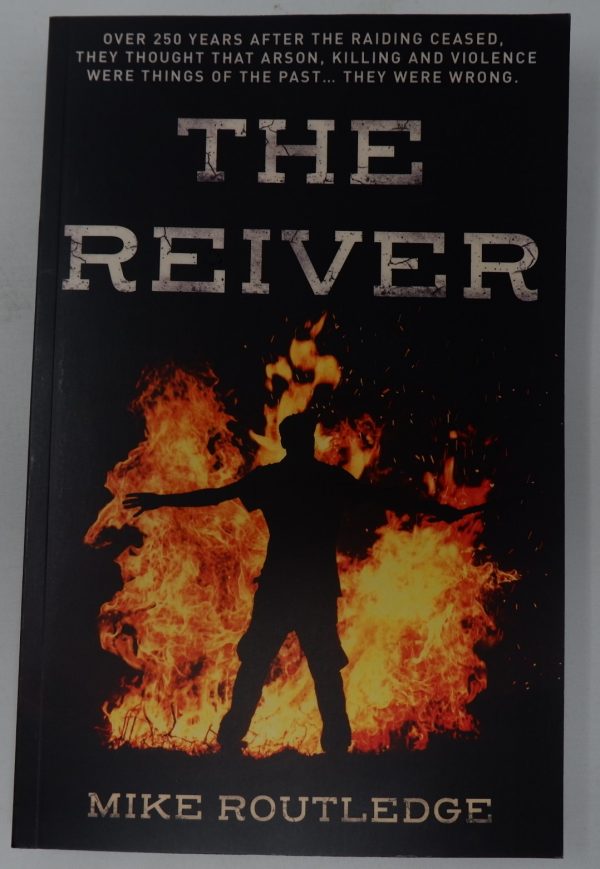 This Fiction Novel written by Mike Routledge tells the story of a detective trying to stop a Raider from harming an more troops during the First World War and includes tales about the Quintinshill Railway Disaster.

For fourhundered years between the 13th and 17th centuries, the Border Reivers terrorised people on both sides of the border. Often encouraged by the respective crowns, Reivers, or Raiders, showed no mercy to those they were attacking. Murder, arson and theft were commonplace and victim’s families were said to have been ‘bereaved’. Then, as the countries united, offenders were threatened with execution or deportation, and things slowly calmed down. Raids within the border lands became a thing of the past.

Two hundered and fifty years later Cumberland and South West Scotland are a long way from the battle fields of World War 1. It’s easy to imagine that the violence and horrors of the conflict will only be felt many miles away in foreign lands. Nothing could be further from the truth. The murder of a soldier, arson, attack on barracks full of new recuits, horrific crash of a troop train transporting reinforcements south to the front line and an attempt to sabbotage a local munitions works suggest an even more deadly raider has found his way to the border lands. It falls to habitual pipe smoker Inspector ‘Smoking Joe’ Johnstone of the Carlisle City Police to track him down and elminate the threat. But can he do so before more lives are lost or before he himself becomes a victim of ‘THE REIVER’?