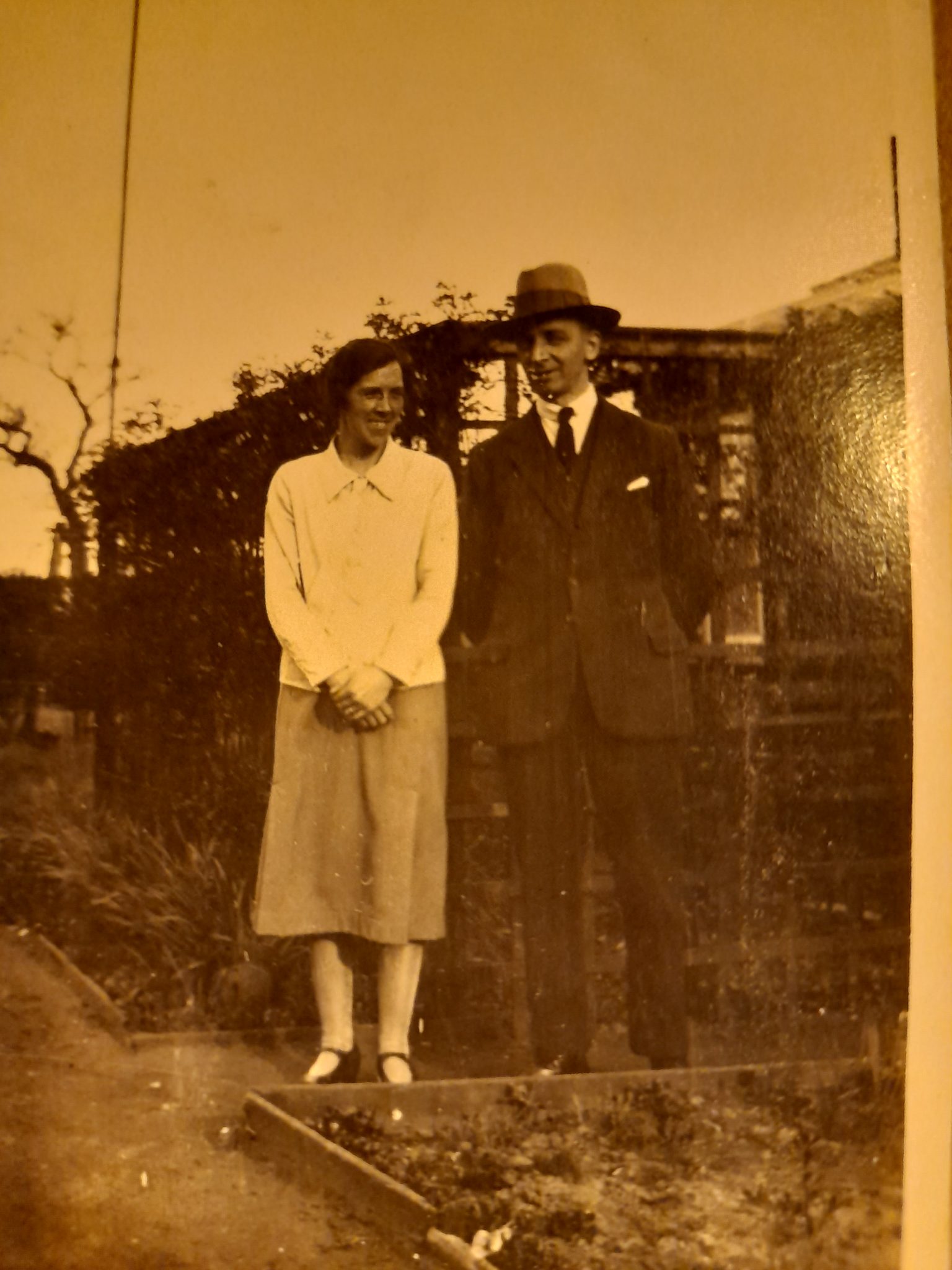 Another week, another fascinating family enquiry. This time our worker was a typist at H.M. Factory Gretna, demonstrating just how many different jobs there were at the factory!

Jane was born in Low Moorhouse outside of Carlisle in 1897. She first worked as an understairs maid in a local “big” house. On her one day off a month she cycled to Carlisle to take typing classes. She worked at H. M. Factory Gretna from 1916 for the buyers, and we know this because of the excellent testimonial she was given upon leaving her position: 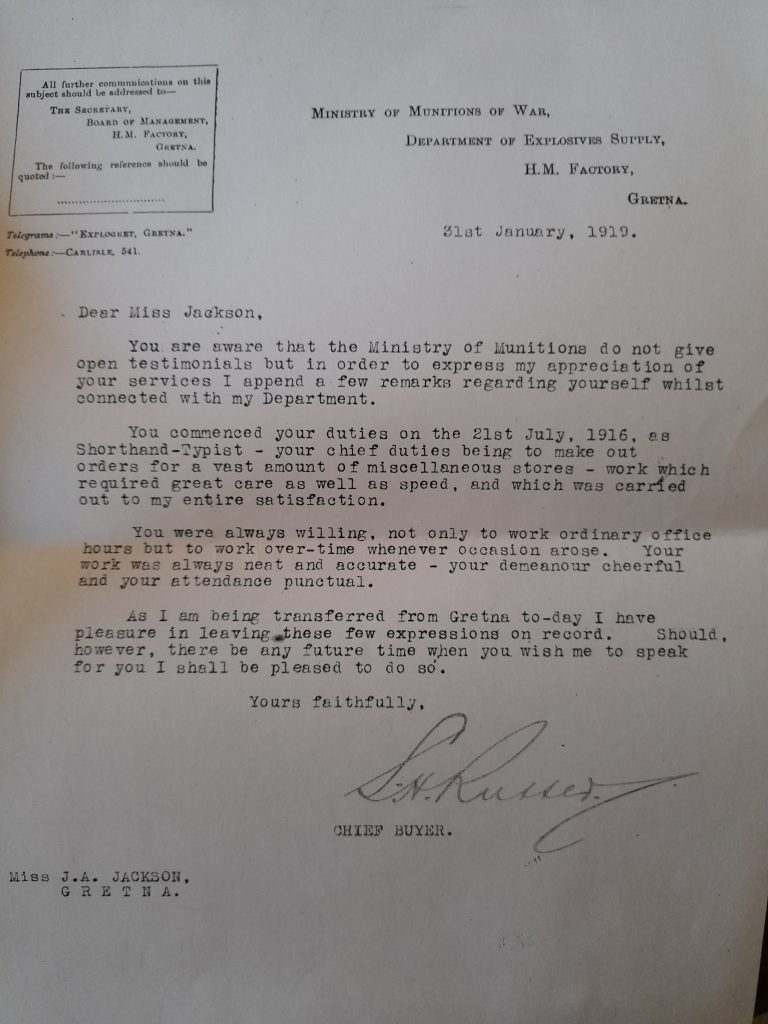 Interestingly, at the same time Jane was working at Gretna, her brother Jack was serving in World War One as a signaller with the Cameron Highlanders. He was awarded the Military Medal for keeping the lines of communication open during the battle of Passchedale. At the end of the War, he was a member of the occupying forces that marched into Germany. 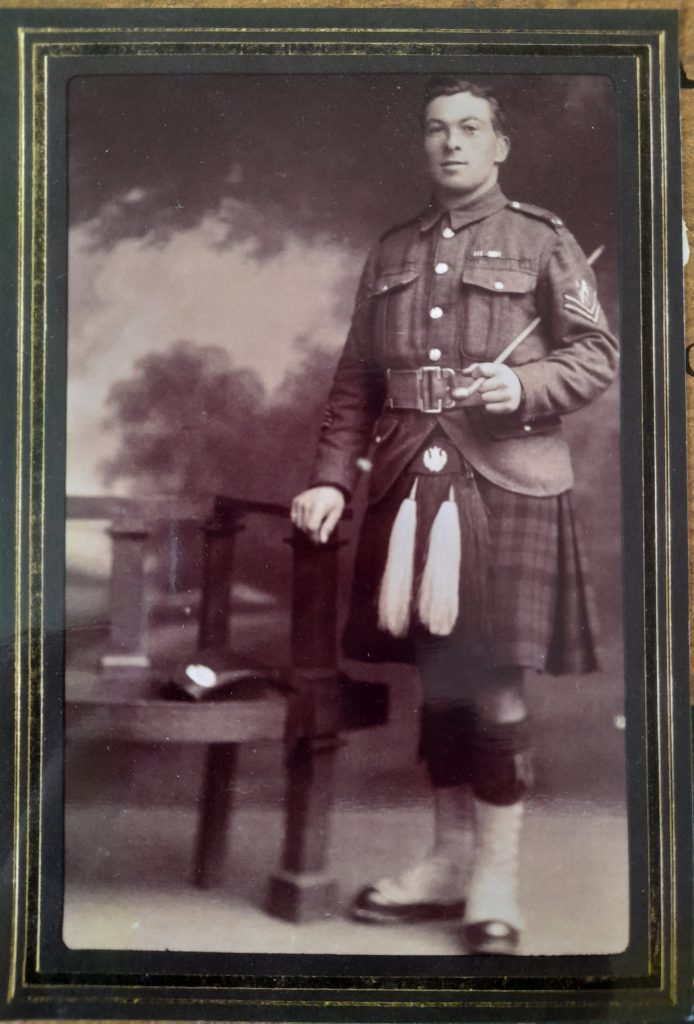 John wrote extensively about his time during World War One, and his memoirs have recently been published. They provide a fascinating portrait of war and John’s extraordinary experiences. 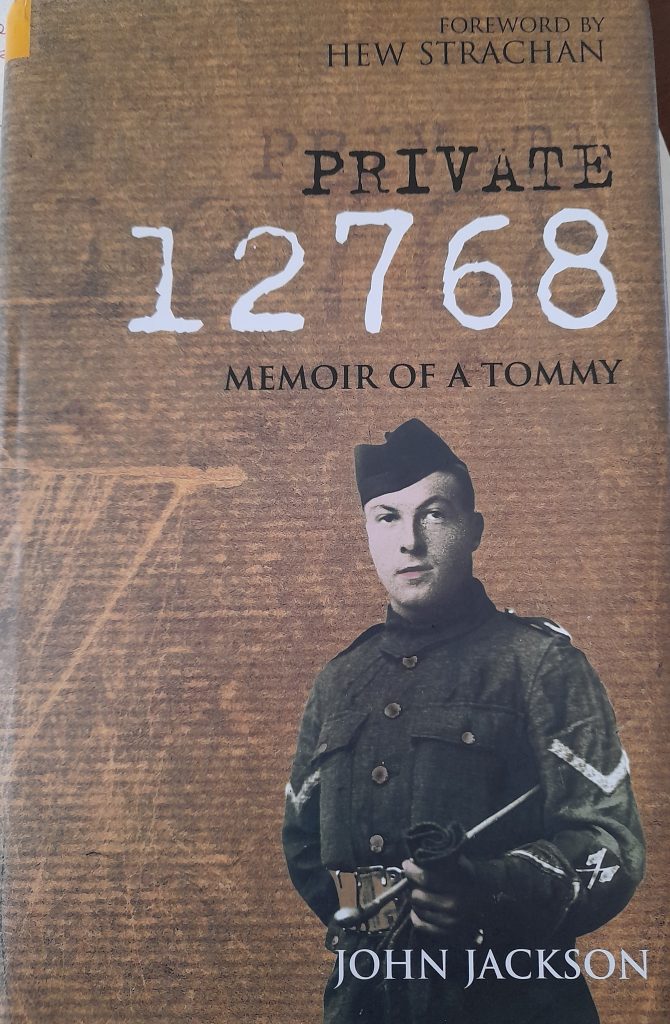 After the war, John worked on the railway between Carlisle and Glasgow. He married and lived in Carlisle, before passing away in the 1950s.  Jane met and married her husband in 1922, living at first in Gretna. The photo below is of them standing outside their house in Gretna. Later, they moved to Dumfries. 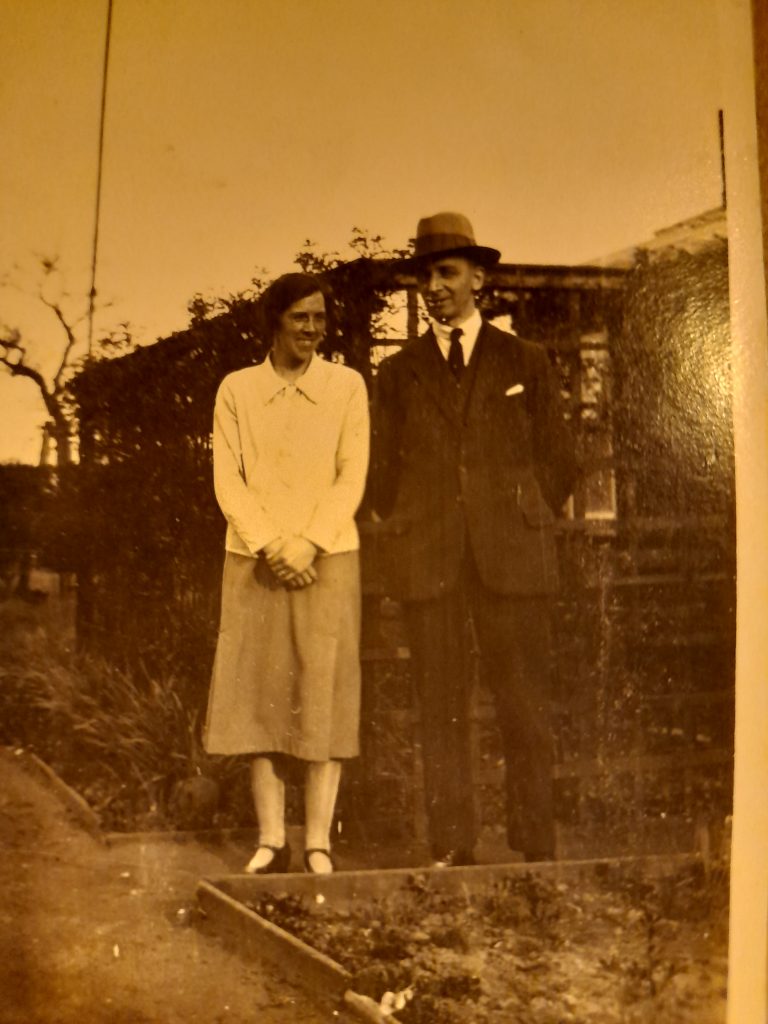 The Jackson family’s multiple connections to the war effort are probably representative of many others across the country; with sons’ off to fight and daughters’ working to help produce materials essential for the front. It’s interesting that Jane’s jobs as a typist involved the constant writing of letters ordering materials needed at H.M. Factory Gretna whilst her brother was awarded the military medal for making sure communications were kept open at Passchedale. Both siblings roles revolved around communications!

A massive thank you to Fiona Jackson for the invaluable information she provided on Jane and John.