More details about our Women in Wartime Conference: Women’s Football in World War One 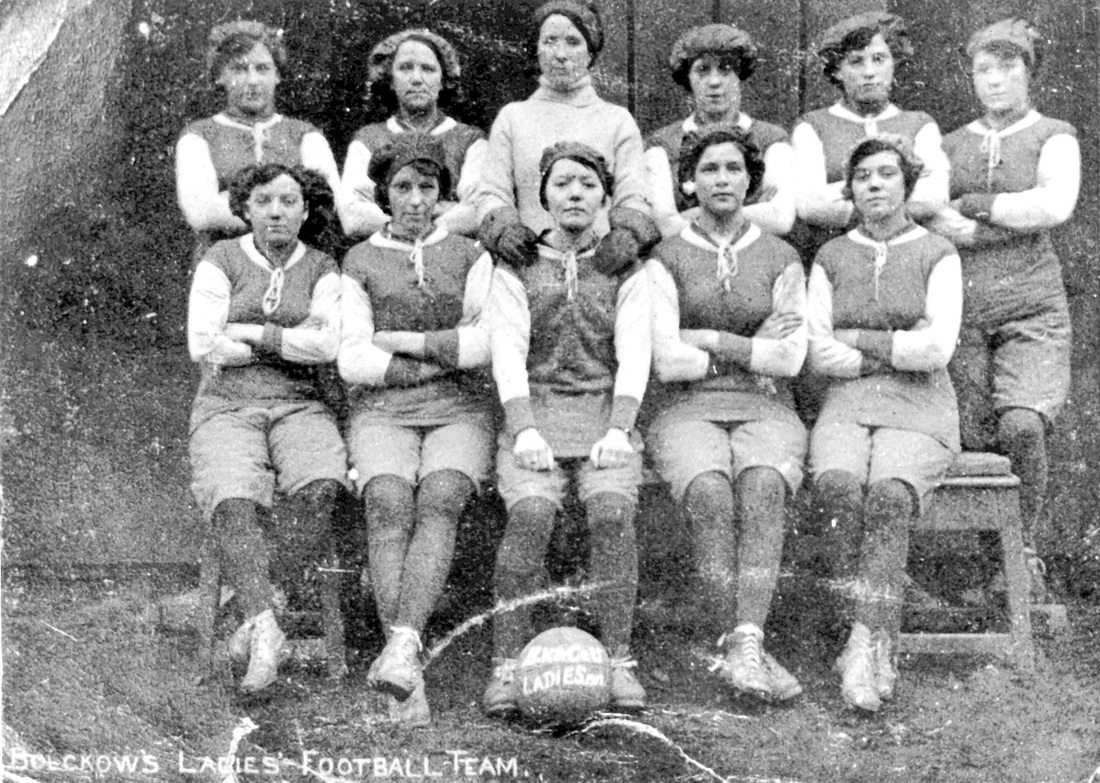 Continuing a look at some of the papers and speakers in our forthcoming ‘Women in Wartime’ Conference.

The following paper will be delivered by Martin Peagam.

Two Cup Finals and then Banned for Life: women’s football in World War One

50 years ago the English FA rescinded a ban on women playing football.

100 years ago women were banned from playing football.

World War One brought women into the workplace out of necessity. As soon as that need was gone, women were sacked from jobs they had proved very competent at.

World War One also brought women into football grounds previously reserved for men. Not as spectators, but as players. But they were too successful and popular. And so, they had to be banned.

The story can be told through the emergence and demise of the Munitionettes Cup.

A football cup competition created in response to the popularity of competitive women’s football in the North East of England, the Munitionettes Cup saw major football grounds in North East England filled to capacity with spectators, watching women who only a few years earlier would not have even kicked a ball.

Drawing on stories from Teesside, this presentation looks at how women came to play in two cup finals, and represent their country in international fixtures at sport, then saw them discarded by the sport’s governing body.

It also examines what motivated the players, including how one woman laced up her boots in memory of her brother and boyfriend, after both died serving their country.

Member – ‘The Friends of the Stockton and Darlington Railway’

Member – ‘The Battle of Stockton Campaign’

‘The Architecture that the Railways Built’ series

To read in more detail about another paper, see: https://www.devilsporridge.org.uk/a-closer-look-at-our-women-in-wartime-conference