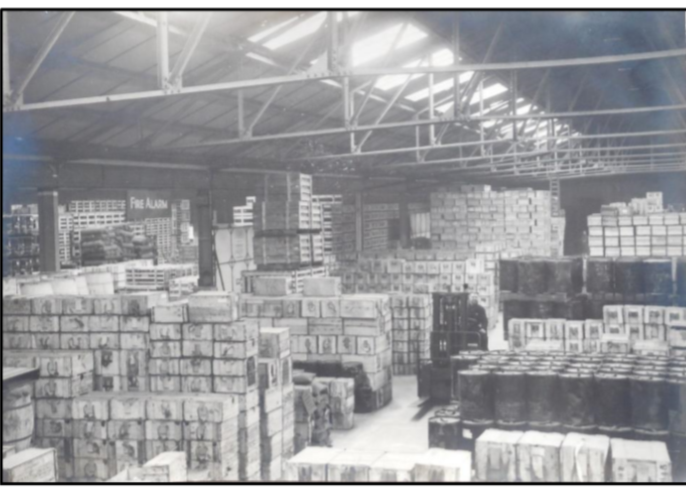 This article was written by Alastair Ritchie, who is one of our young volunteers.  He recently completed The Prince’s Trust Award while volunteering in the Museum.

A while ago the museum was kindly donated 2 rollers and 4 trestles which we believe were used at the Eastriggs or Longtown depot. Since then we have sought to find a place for them, which we have now found (thanks to Neil McGarva for this suggestion). The items have been arranged in a way which will help to demonstrate their use, under the stairs in front of the window so it will be something for people to see when coming in from the car park or walking round the building. 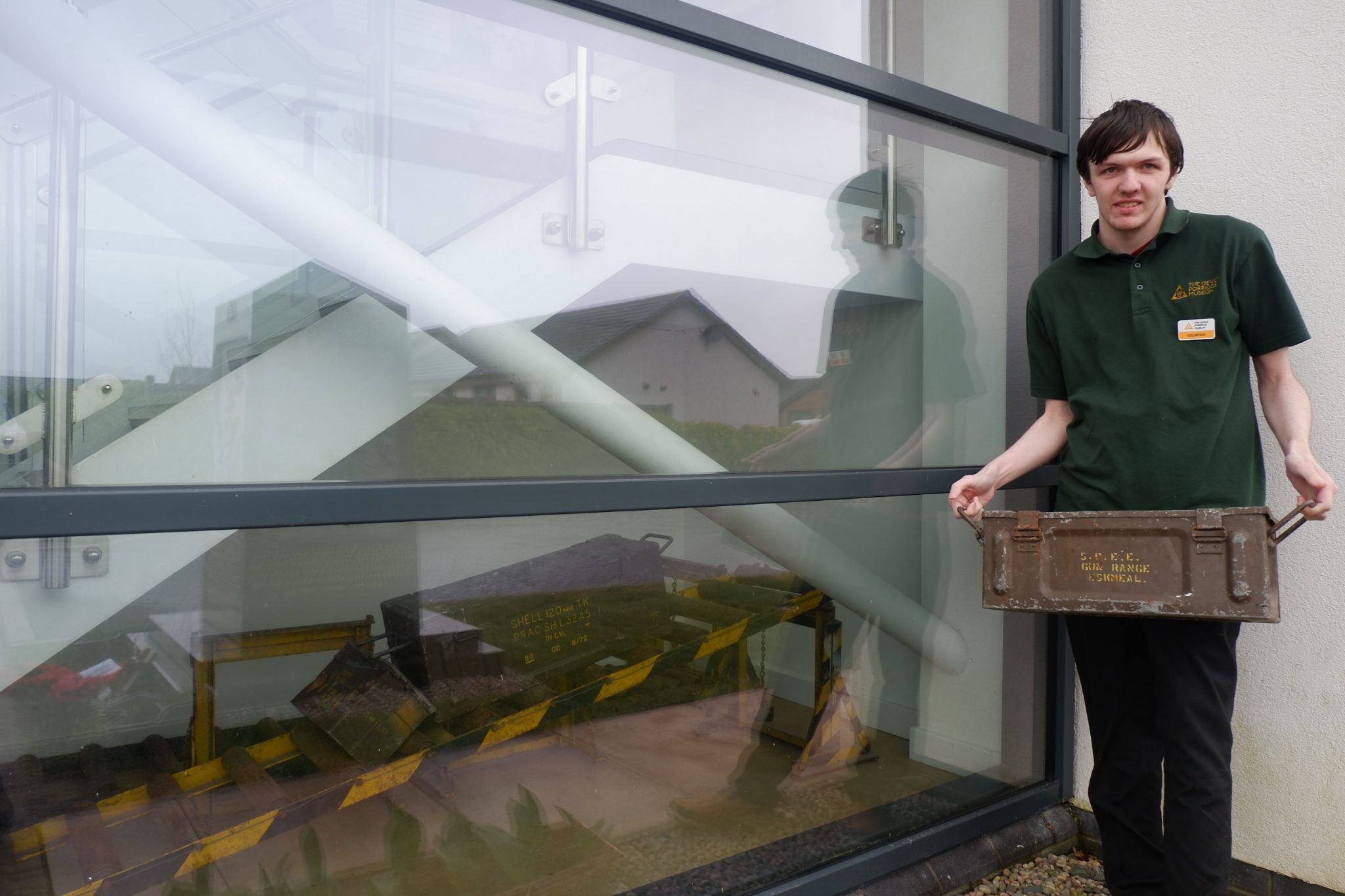 Alastair near the display (which is hard to photograph due to being behind glass). He is holding an ammunition storage box.

Thanks to the efforts of our volunteers  Alastair and George along with Digital Marketing Modern Apprentice Morgan, the area has been cleared, cleaned and arranged to ensure it both looks good and gives some insight into how these items might have been used. 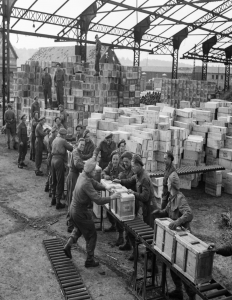 Group of worker using multiple rollers to assist them in moving crates around. This was essentially the rollers job to make moving heavy object safer, easier and most importantly faster.

The following book may be of interest if you would like to know more about the depots and the local area in World War Two:

After this article was published, a member of the public came forward with the following information and photographs, we thank him for sharing this with us: 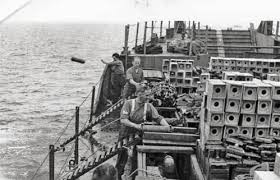 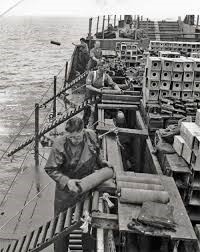