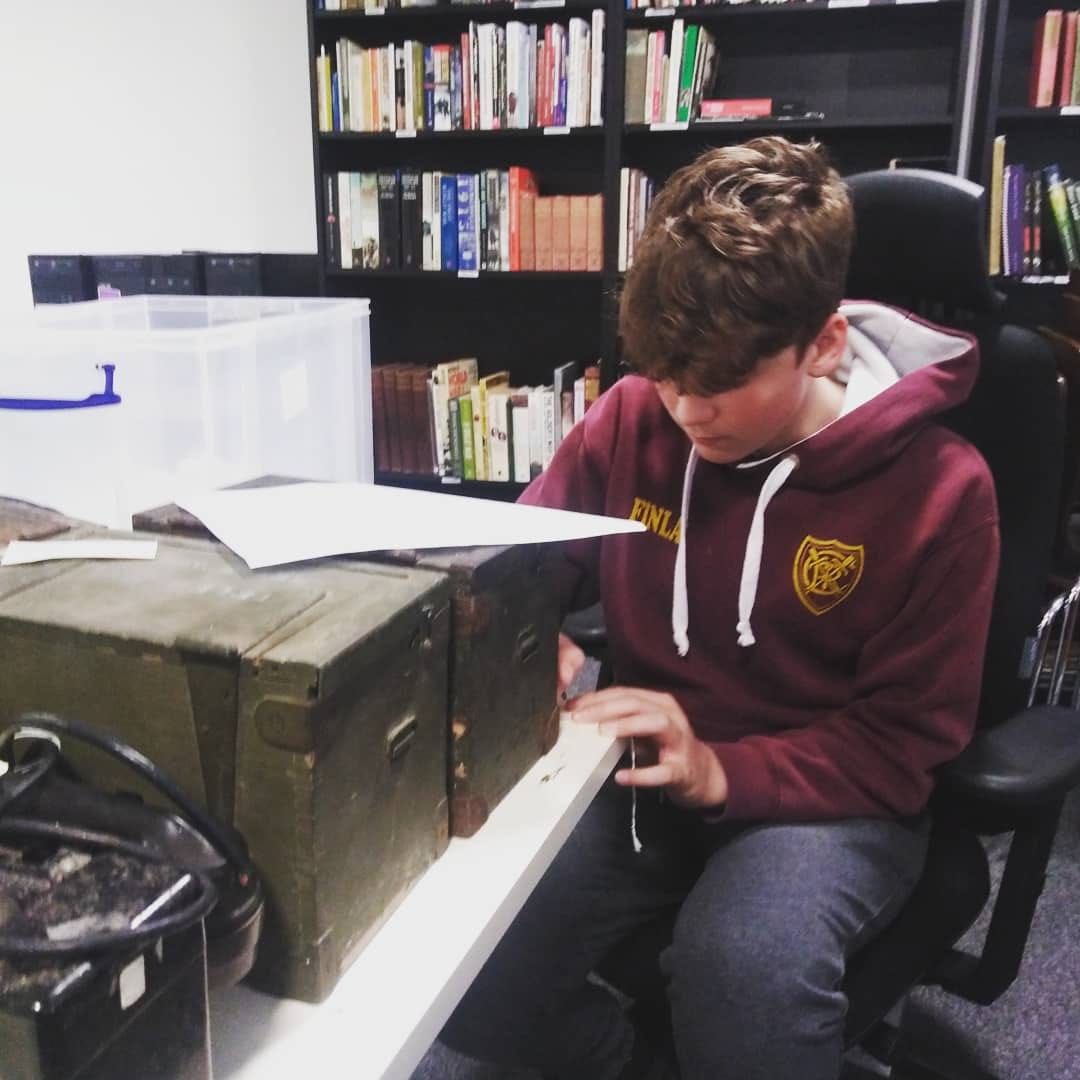 We recently received an interesting donation from a local family.  There were lots of certificates and badges relating to one lady’s involvement in World War Two.  Before we accessioned the objects to add them to our Museum Object Collection, Finlay, a Duke of Edinburgh student who volunteers with us each weekend , did a little research to see what he could find out about the objects.  The following was written by Finlay and is based on his research. 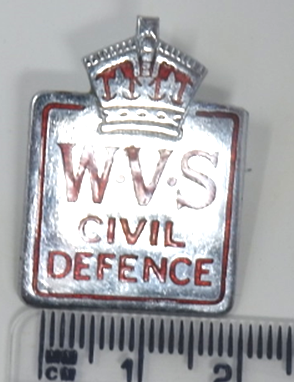 The first object donated was a membership badge for the WVS dating back to 1939. The original role of the WVS was to encourage women to join ARP (Air Raid Precautions) Service as wardens, ambulance drivers or in hospitals. 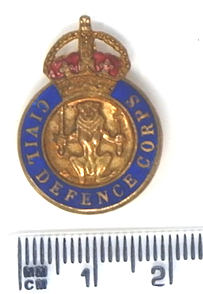 The second badge donated to us is a Queens Crown Civil defense badge. This was a civilian volunteer organisation established in 1949. It would take controll in the aftermath of a nuclear attack. It was disbanded in 1968. 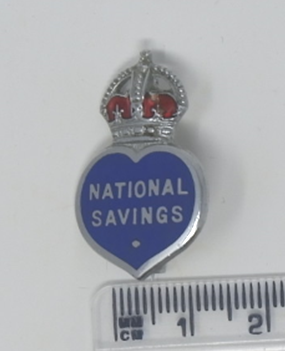 The third badge donated to us was a blue, national saving badge. It is part of the National Savings Campeign to encourage the lending of people’s personal savings to the government to finance the Second World War. This badge served to duistinguish saving committee members and local volunteer collectors. 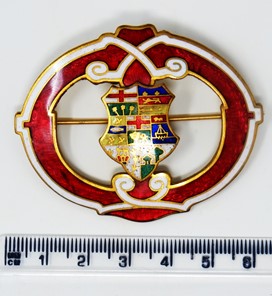 There was another badge that was donated to us, but we couldn’t work out what it was. On the sheild there is the flags for some Canadian provinces.