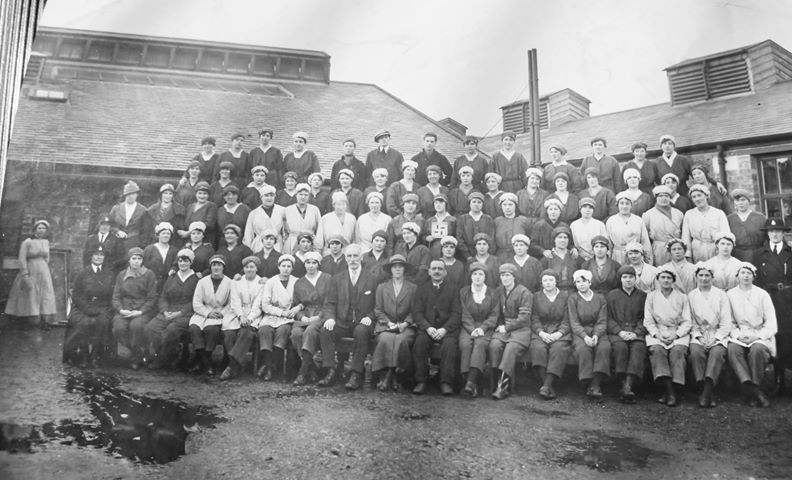 The Museum was recently contacted by someone with family connections to HM Factory Gretna (the greatest factory on earth in World War One and the main focus of much of The Devil’s Porridge Museum).

30,000 people worked in the Factory and 12,000 of them were women.  At present (as far as is known), there is no complete list of all the people who worked there so we are always pleased to know names of workers and see their photographs and hear their stories.  Thanks so much to the donor who shared this information with us. 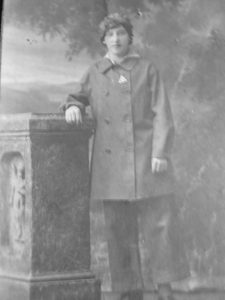 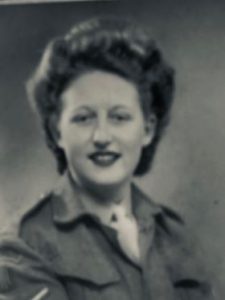 Agnes’s daughter was Joyce Sarginson (née Bisland – photographed above).  She became the Mayoress of Carlisle and also served in World War Two in the Auxiliary Territorial Service as  a Radar Operator. 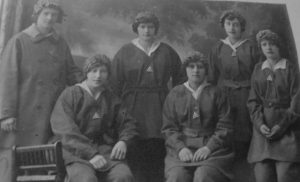 Both sisters and their father died of TB 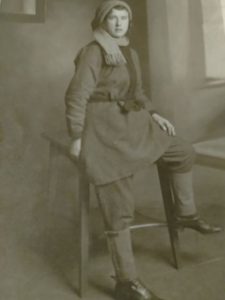 Bertha worked at HM Factory Gretna.  Here she learned to drive and in 1917 volunteered as a Ambulance driver and was sent to Boulogne in France.  She worked transferring injured soldiers off hospital trains and onto boats back to England. 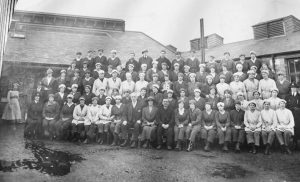 Photograph of workers at HM Factory Gretna. Interestingly, one young woman is holding a symbol of a swastika. This is an ancient symbol of the sun and was a widely use good luck symbol at the start of the 20th century, nothing to do with the Nazis until later.

In 1920, Bertha married Joe Robson (of the 4th Battalion Border Regiment Reserve) from 6 Melbourne Street, Carlisle.  Joe got a job at Carr’s Biscuit Factory as a fitter, his father worked there as an engineer.  Bertha and Joe got their first home in Brewery Row, Caldewgate. Bertha continued to work in a shop called Sarah Jane’s.

Their first son Joseph was born 22 November 1920. He became an altar boy at St Barnabas Church, Brookside Raffles when the family moved to Brookside. Joe Jr. Joined the Royal Air Force Volunteer Reserve. He was a Sergeant in training to become a pilot when he was killed 5th September 1940.

If you would like to know more about HM Factory Gretna in World War One, the following may be of interest to you: