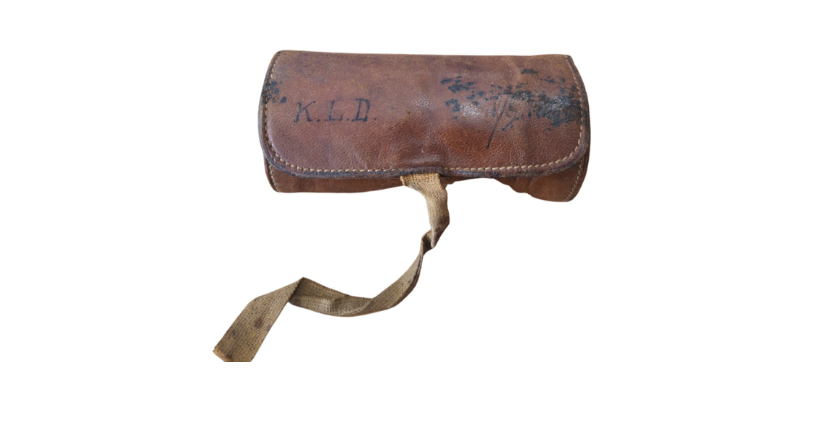 Sewing kits were used by officers to maintain and mend any damage to their uniforms or clothing. This officer’s sewing kit is from World War One. The intial’s K.L.D on the front of the sewing kit refer to its previous owner, Kenneth Lees Duckett, who was a second lieutenant in the Highland Light Infantry. Read more about him below. 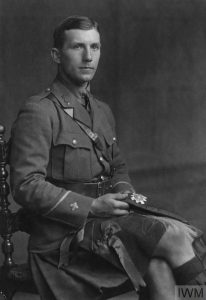 Kenneth was born on  5th October 1891 in Glasgow to George William and Ann Kirkham Duckett.

In September 1914 Kenneth joined the Highland Light Infantry as a private in the 9th (Glasgow Highlanders) Battalion. He became a Sergeant in May 1915 and gained his commission in the following August.

Kenneth married Isabelle Sutton Laidlaw in July 1915. They later had one daughter.

Sadly, Kenneth was wounded in action on 22nd August 1916 in the Battle of the Somme and died later that day.

Even more sadly, Kenneth had led an attack which had been canceled, but he had never received this order. His daughter was yet to be born at the time of his death.

Isabelle later remarried a man called John Haggart Fraser, who was a chartered accountant. John was born in 1874 and died in 1953. Isabelle lived died in 1964, as can be seen on her death certificate from Scotland’s People below. 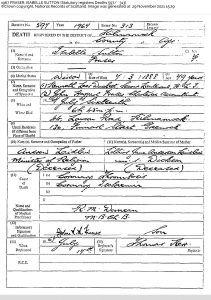 The gentleman who donated the officer’s sewing kit to us was given it by his friend in the 1990s, who was in some way related to John Haggart Fraser.

The officer’s sewing kit will be on display at the museum until the end of the month. You can book your visit to The Devil’s Porridge Museum online here>