The Extraordinary Life of the Drummond Sisters. 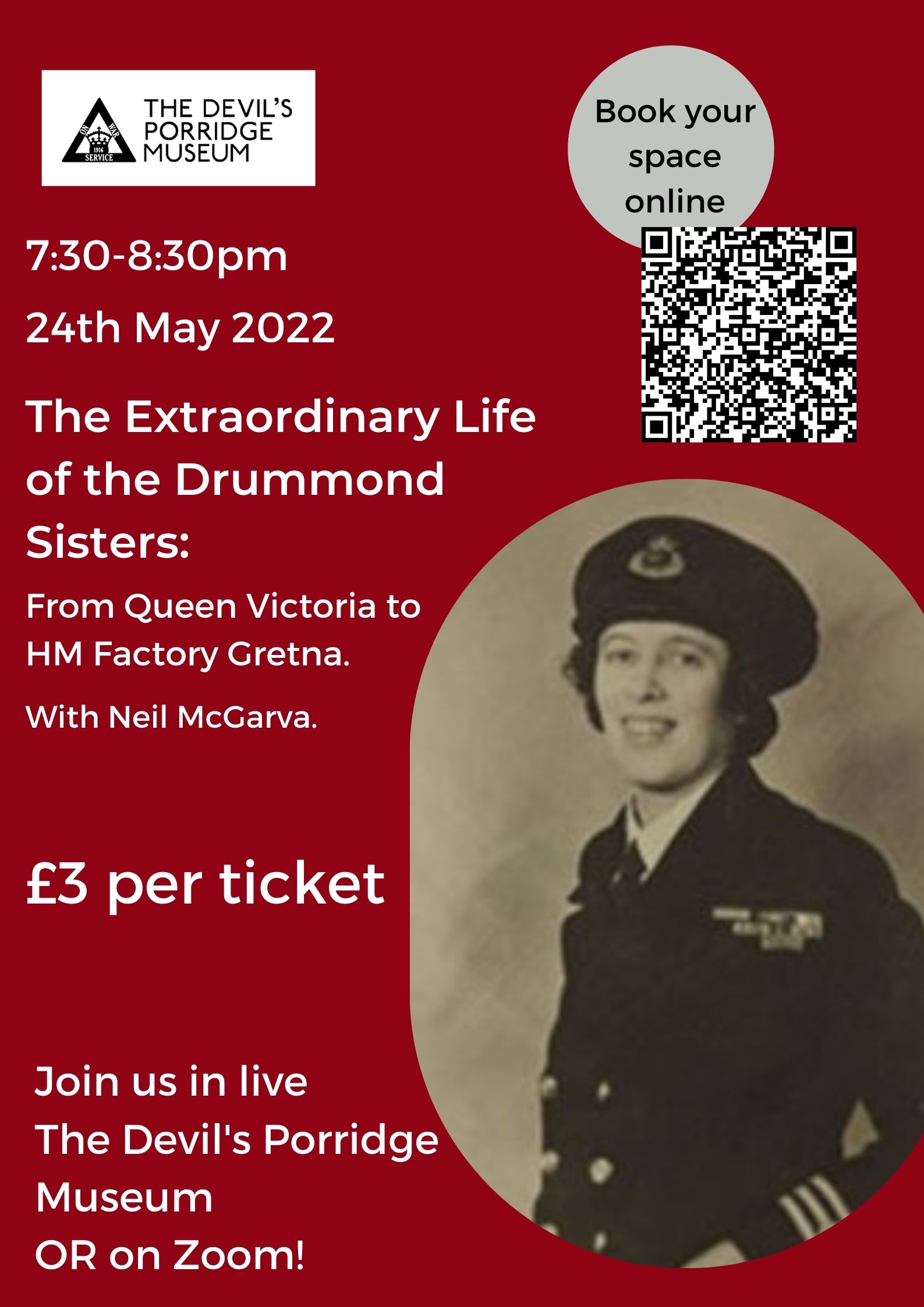 The Extraordinary Life of the Drummond Sisters: From Queen Victoria to HM Factory Gretna.

We’re delighted to announce our first event that is happening both in person at The Devil’s Porridge Museum and online on Zoom. Tickets cost £3.

From a quiet early life at Megginch Castle Perth-shire she went on to serve an engineering apprenticeship in Perth & Dundee, overcoming the early prejudice of the engineering world to sail as 2nd Engineer on both Arctic and Atlantic convoys during World War 2 receiving commendations for her action under enemy fire.

With her sister Jean, who had worked at the munitions factory at Gretna during World War One producing ‘The Devil’s Porridge’, she also established the ‘Victoria Drummond Canteen’ in Lambeth which provided food to victims of the London Blitz throughout World War Two.

The Extraordinary Life of the Drummond Sisters talk will be given by Neil McGarva, who as well as spending 40 years working in the Nuclear Industry has also been involve with the Devil’s Porridge Museum since it started 25 years ago as a small exhibition in a local church, and is currently the museum secretary.

If you chose to attend The Extraordinary Life of the Drummond Sisters talk online the Zoom link will be sent out on the day.

Tickets for those who choose to attend the talk in person at The Devil’s Porridge Museum will be sent out on the day.