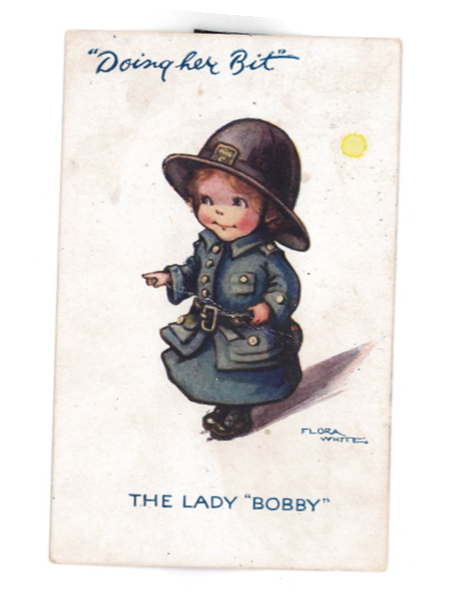 Over the next couple of weeks, we’re going to be focusing on one interesting aspect of HM Factory Gretna – the Women’s Police Service.

This first post provides introductory information, then we’re going to take a look in more detail at some of the documents and accounts in the Museum collection.

During World War One, 12,000 women worked at HM Factory Gretna.  They were mainly young, unmarried women and the Ministry of Munitions felt responsible for them, taking several actions which they saw as being for the girl’s own protection. We might now view curfews, searches and the largest women’s police service in Britain as restrictive, but at the time there was a War on and the measures were seen as necessary. 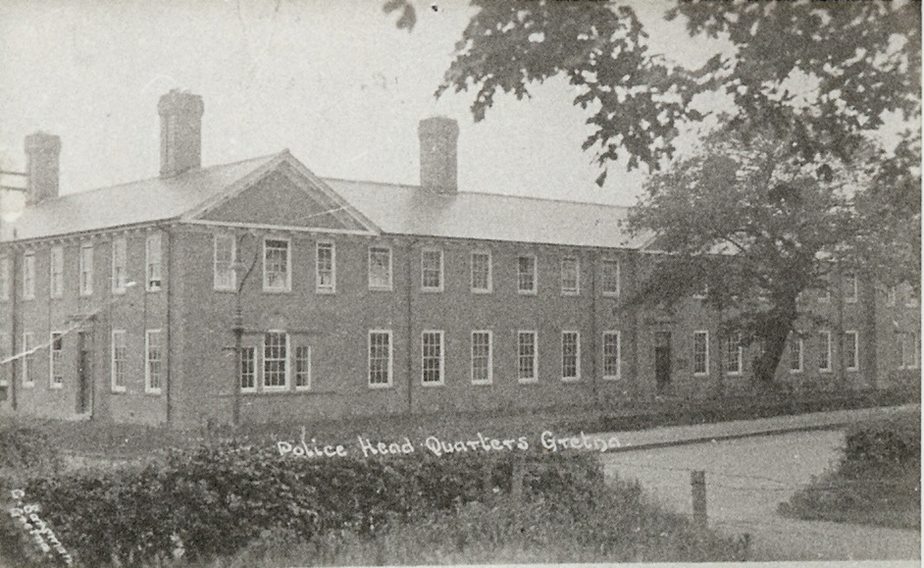 All work at HM Factory Gretna came under the Official Secrets Act. There was large police presence, this building in Gretna was once the police HQ, it still stands and is now converted into flats.

The Devil’s Porridge Museum has several items in its collection and archive which relate to the Women’s Police Service.  There were over 150 members of this unit and they were, on the whole older, better educated middle class women who policed the younger, less educated, working class women who made up the majority of the Factory employees.  These young women were known as the ‘Gretna Girls’ although they came from all over Britain and worked in a Factory which stretched as far as Longtown.  For example, we know one female police officer was born in Braithwaite, Cumbria. 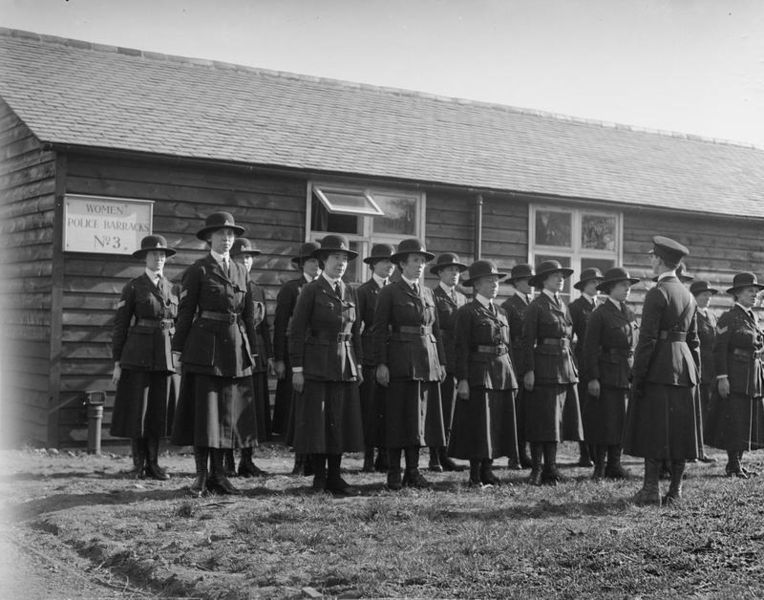 Members of the WPS outside the Women’s Police Barracks, Gretna in World War One.

The Museum archive includes documents about the training of the female police force and their uniforms, photographs of them and the buildings associated with them (one of which, the Police HQ in Gretna, still stands and is now flats).  An interesting document is a petition to Winston Churchill for improved pay.  This dates from 1918 when Churchill was Minister of Munitions and includes the signatures of lots of women employed in this role.  We are also fortunate to have a women’s police truncheon and WPS badge on display in the Museum. 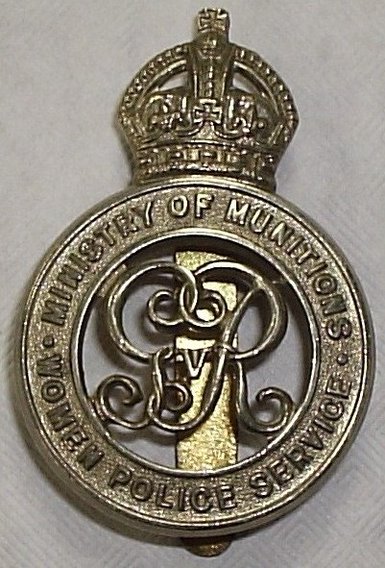 Ministry of Munitions WPS badge from the Museum collection.

What did the women police do?  We know they inspected the girls as they entered and exited the Factory (for example one young woman tried to sneak in her knitting, another some cigarettes, one tried to steal some cordite).  They also policed the morals of the girls (breaking up a kissing couple on the railway platform, maintaining the 10pm curfew and inspecting the back rows of the two factory cinemas).  At the end of the War, some women remained in police service while others returned to their families or other employment.

That’s the end of Part One, Part Two coming soon.

If you’d like to know more about HM Factory Gretna and women in World War One, the following items from our online shop might interest you: