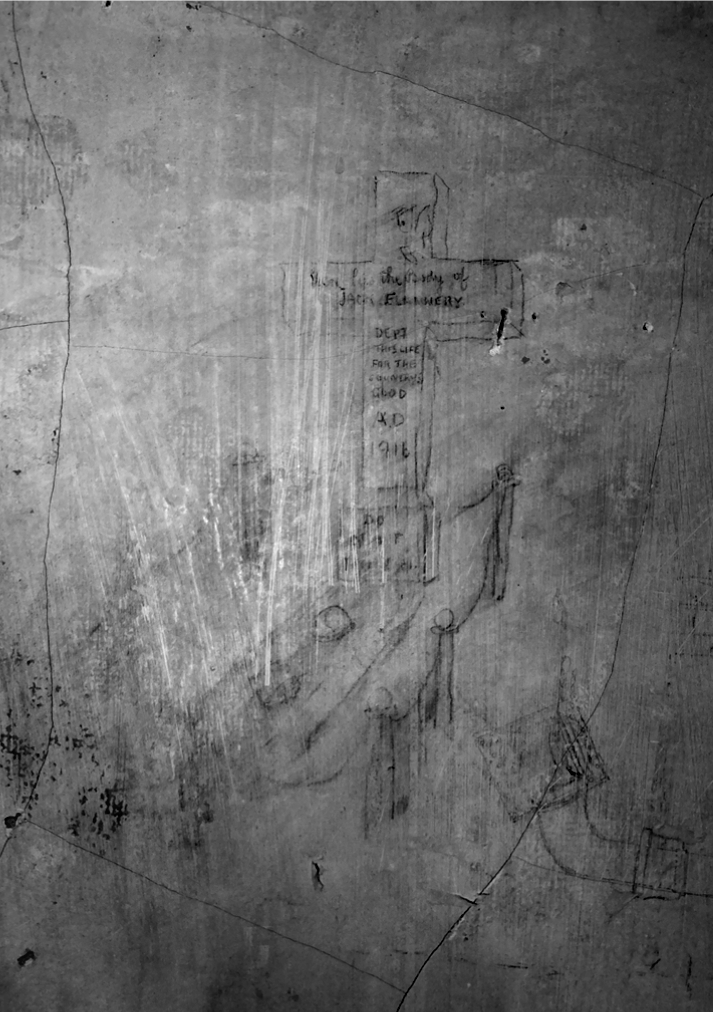 Our thanks to Callum Boyd for sharing this account of his discovery.

An amazing survival, believed to be from World War One, has been discovered in Victory Avenue, Gretna.  Callum was doing some maintenance work to his house, he peeled back the wallpaper and discovered a wall painting showing a grave with a cross on it and the following text: “Here lies the body of Jack Ellmenery or Elmenwery (?) Departed this life for the country’s good AD 1916” 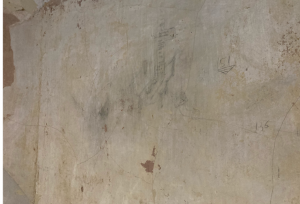 The picture is quite difficult to see on the wall. 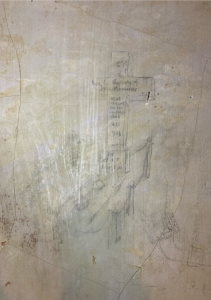 Close up view of the picture. 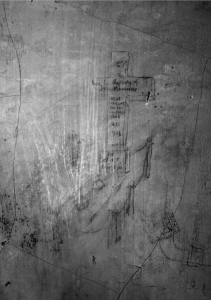 Close up view of the picture in black and white. 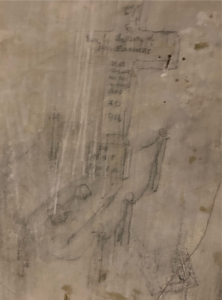 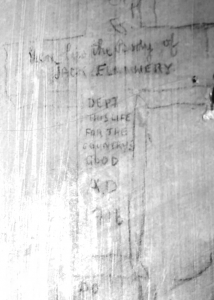 Callum’s house is one of the original World War One houses built to home the 30,000 workers at HM Factory Gretna.  This drawing could have been done by one of the builders of the houses (the Factory and townships of Eastriggs and Gretna were built by 10,000, mainly Irish, navvies) or it could have been drawn by one of the workers who stayed in the hostel during the War (12,000 of these workers were women). 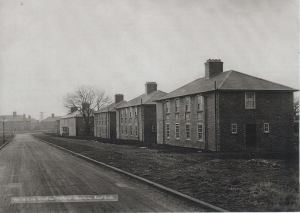 Gretna was built in World War One, many of the houses built for workers at HM Factory Gretna are still occupied today. 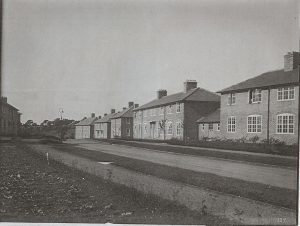 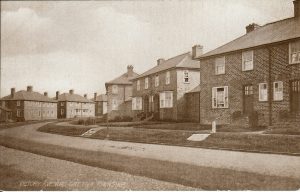 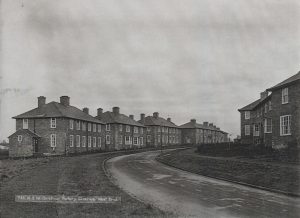 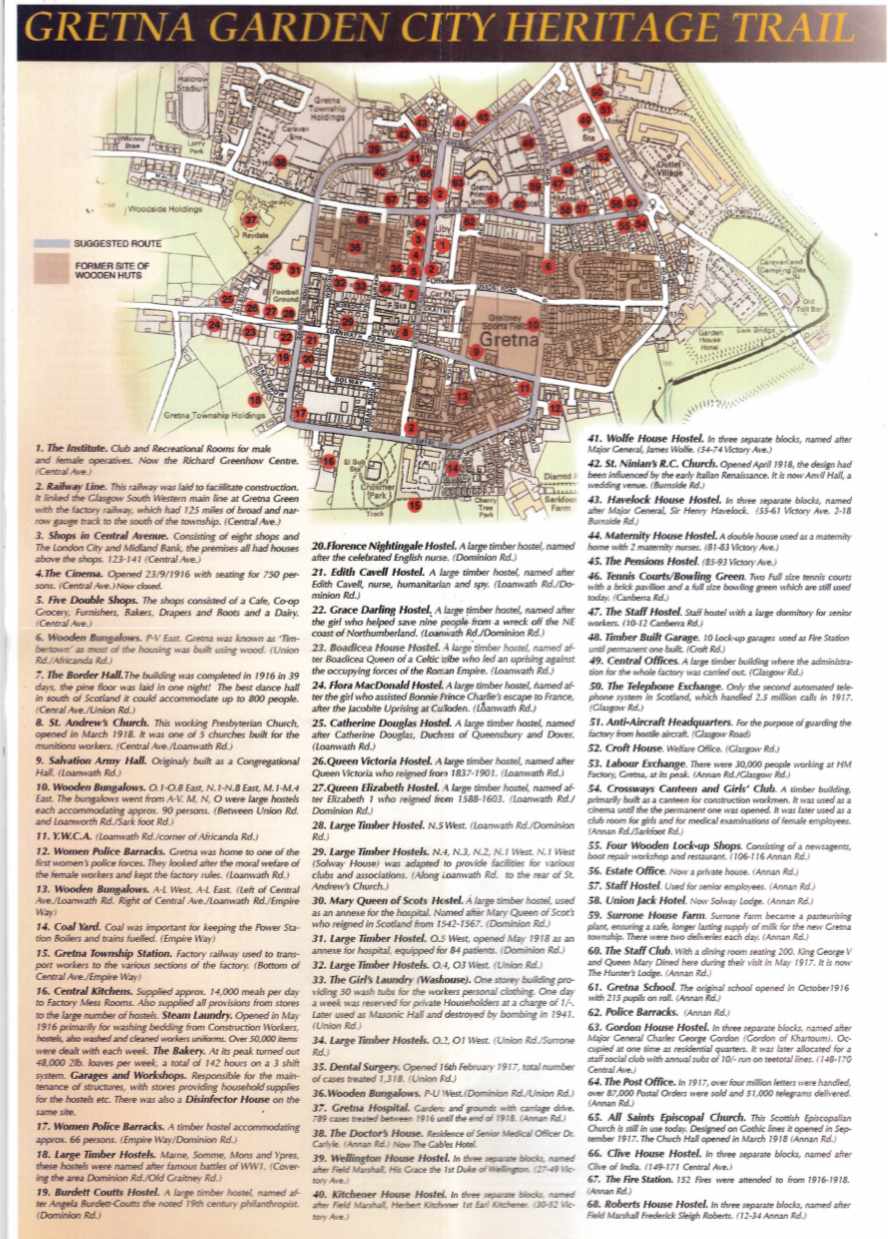 This map shows historic Gretna and the uses of the different buildings which still stand today.

We have begun to look into this but if anyone knows any more or is able to track down Jack and his connection to Gretna – we would love to know!  It is incredible to think of all the history that lies hidden right under our noses!

Unfortunately, the picture was destroyed when Callum tried to remove it to donate to the Museum but we are very grateful to have the photographs and information he provided.

If you would like to know more about HM Factory Gretna, the following items from our online shop may be of interest: