Guardians of Welfare: The Role of Female Superintendents in Munition Factories and their Contribution to Female Workers during the First World War 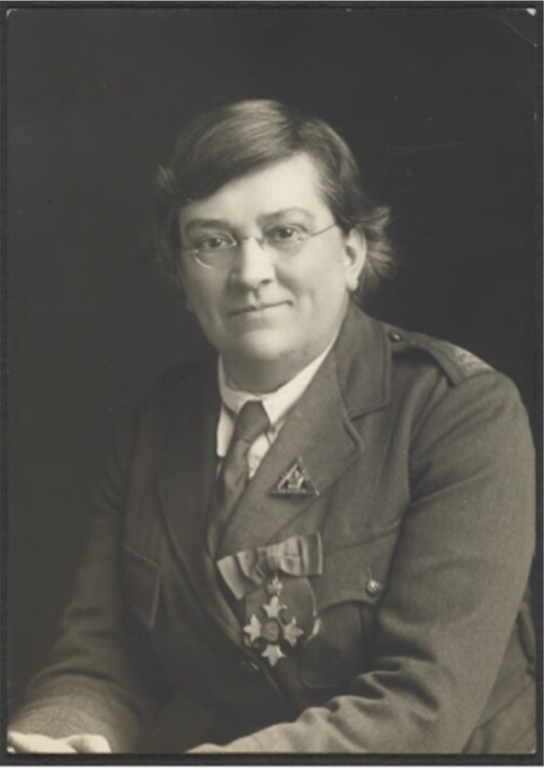 The Miracle Workers Research Project began in 2021, with research volunteers striving to find out more about the 30,000 people who worked at HM Factory Gretna in World War One. In the months since, many fascinating and previously unknown histories have been uncovered. Today, volunteer Virginia writes about her research into lady superintendents.

The origins of lady superintendents in munition factories originated in mid-1915.[1] As the production of shells increased during this period, the Ministry of Munition needed to maintain the welfare of female munition workers.[2] The role of the lady superintendents, also referred to as Welfare Supervisors, was to, therefore, care for female factory workers.[3] The blog explores the diverse qualities and duties of female superintendents in munition factories during the First World War. Their many responsibilities were vital to guaranteeing the health and wellbeing of munition workers and consequently supporting the War effort.

Maintaining welfare in a munition factory required lady superintendents to possess and reflect various qualities to address the different needs of individual workers. They also had to understand and effectively respond to the demands and challenges munition factories posed.

Another quality that applied to the role of lady superintendents was authoritativeness. To protect workers from the dangers of working in a munition factory, they had to uphold order and discipline amongst female workers. Under her supervision, workers did not become distracted or disorderly, which supported their safety and further enabled efficiency in meeting production demands.

Roles of Lady Superintendents during the First World War

From their establishment in 1915, the main role of lady superintendents was to ensure the welfare of female munition workers. Within this duty, they were responsible for inspecting restrooms so that they met health standards.[6] Lady superintendents also inspected workrooms to maintain a healthy working environment.[7] They would report poor ventilation and uncleanness, for example, to the manager for correction.[8]

Dame Lilian Barker was a prominent Lady Superintendent at Woolwich Arsenal and oversaw 30,000 female workers.[12] Lilian knew all of her female workers individually, enabling her to respond to their personal needs.[13] In 1944, she received a DBE for her “services in connection with the welfare of women and girl.’’[14] Her DBE signifies the extents she went to and significant impact she had, in ensuring the health and wellbeing of her female workers.

Lady superintendents also had medical responsibilities including curing illnesses, cooperating with nurses and doctors alongside managing first aid.[18] According to the U.S. Department of Labor Statistics in 1918, they also had the ability to make long term positive changes to women’s health. For example, they could offer appropriate diets and exercises for women.[19] They were also expected to identify fatigue in workers and advise women on how to preserve energy, such as changing their posture.[20] Through their advice, lady Superintendents further helped to maintain the health and efficiency of factories.

Through these various responsibilities, lady superintendents sought to prevent mistreatment of female workers and ensure them that she was the guardians of their welfare.[23]

To further support their provision of welfare, lady superintendents managed catering so that factory workers were well nourished.[24] They also guaranteed a supply of workwear, including overalls and shoes, further enabling the factory to run efficiently.[25]

A significant responsibility of female superintendents was supervising night shifts.[26] Not only did they provide continued protection for workers during the night, but her supervision prevented disorderly behaviour, which threatened production.

In 1917, an employer of a munition factory in Britain stated:

‘’Generally speaking, we consider it very essential to have a lady superintendent where female workers are employed, and especially where there are men working in the same department.’’[27]

Similarly to ensuring suitable living conditions for female workers, they visited female workers outside of the home.[30] Their visits emphasise how their duty of care and protection towards female workers extended beyond the munition factory. Visiting homes of workers also enabled lady superintendents to further understand the personal lives of their workers enabling them to effectively respond to their needs.

Dorothée Aurélie Marianne Pullinger was a Lady Superintendent who catered for workers beyond the munition factory. During the First World War, Dorothee worked at the munition factory under the Vickers engineering company.[33] Overseeing 7000 female workers, she established an apprenticeship scheme for female munition workers.[34] Dorothee’s apprenticeships show that alongside the welfare of workers, she invested in the progression and welfare of her workers even after the War.