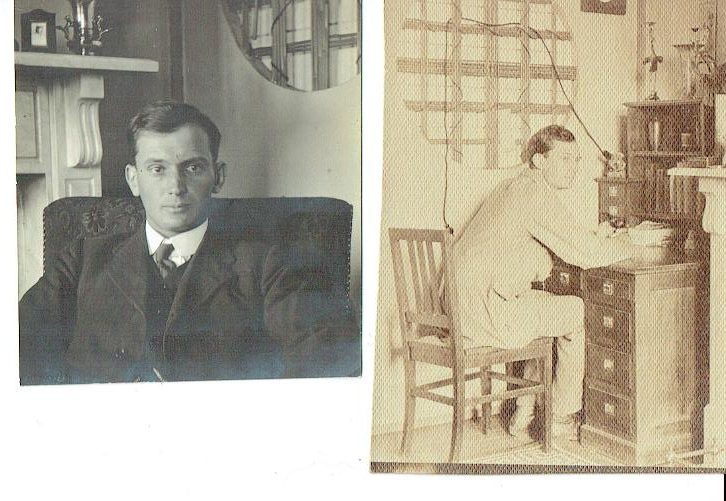 Worker of the Week is a weekly blogpost series which will highlight one of the workers at H.M. Gretna our volunteers have researched for The Miracle Workers Project. This is an exciting project that aims to centralise all of the 30,000 people who worked at Gretna during World War One. If you want to find out more, or if you’d like to get involved in the project, please email laura@devilsporridge.org.uk. This week, volunteer Steve shares his research into William Gidley Emmett.

William Gidley Emmett was the manager of the Cordite Section at Mossband from early 1916 onwards. His background had been in explosives, having already worked in Japan. Following the Great War, he had a successful career travelling the world in the oil refining industry. He later changed careers and became an educationalist, studying the statistical efficacy of examinations at Edinburgh University. 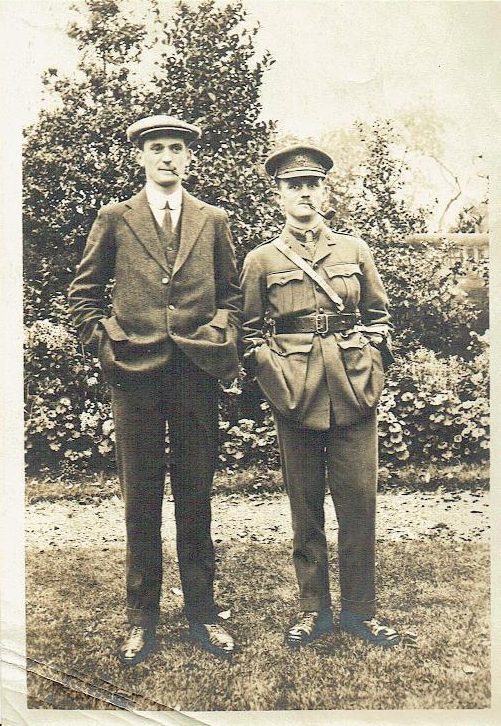 The Emmett brothers, William and Reginald. Photo kindly shared with us by family.

He was born in Beeston, near Nottingham, on 21 August 1887, the son of William Gidley Emmett, a lace curtain manufacturer, and Annie Marie Emmett. He was educated at Nottingham High School and won a scholarship to study Natural Sciences at Gonville and Caius College, Cambridge in 1905, graduating with an MA in 1908. He specialised in explosives.

His first job was as an Analytical Research Chemist at Chilworth Gunpowder Co. in Surrey, then in 1912 he moved to the Japanese Explosives Co. in Hiratsuka, Japan. He returned to Britain following the outbreak of the First World War. He was appointed as Assistant Manager of the guncotton section at the HM Factory Queens Ferry in Flintshire, South Wales. In early 1916 he then became Section Manager of the Cordite Section at the Mossband site at HM Factory, Gretna. 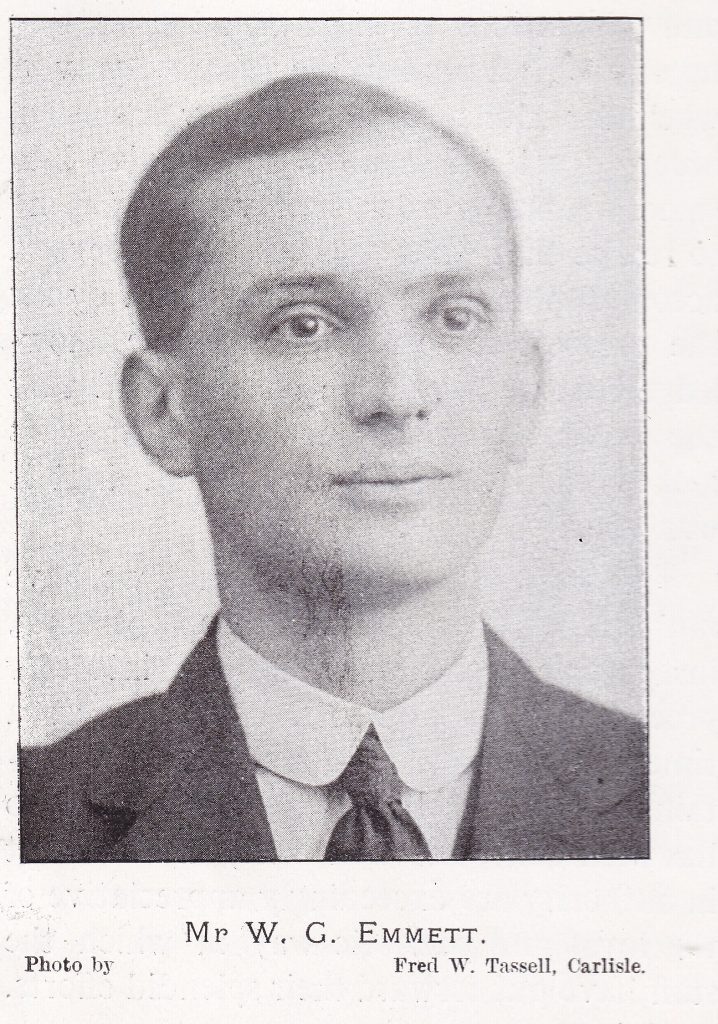 William wrote about his time at Gretna in an unpublished memoir. He describes how production was built up slowly with an initial workforce of 100 women. Production was ramped-up to eventually employ 6,000 workers, nearly all women, working three shifts. On one occasion the plant had a visit from King George V and Queen Mary, the latter apparently remarking that William seemed very young. On days off he would ride his motorbike, a one-cylinder Triumph, with several other staff to the Lake District and go walking or go to Powfoot on the Solway Firth to play golf. On Saturday nights he would ride into Carlisle for a slap-up dinner and a variety show. He contributed to the Mossband Farewell, praising the hard work, dedication and comradeship of all the workers who contributed to the war effort at HM Gretna.

I was lodged in a wooden bungalow in Gretna village, along with a few of the senior cordite staff. I had my motor-bike with me, a single-cylinder Triumph, which took me daily from Gretna in Scotland over the border to Mossband…On most Saturday evenings I went into Carlisle, 10 miles away, with Daddy Henderson [a fellow worker and Emmett’s close friend] on the back of my bike. Here we would have a steak and chips meal followed by a variety show at the theatre. 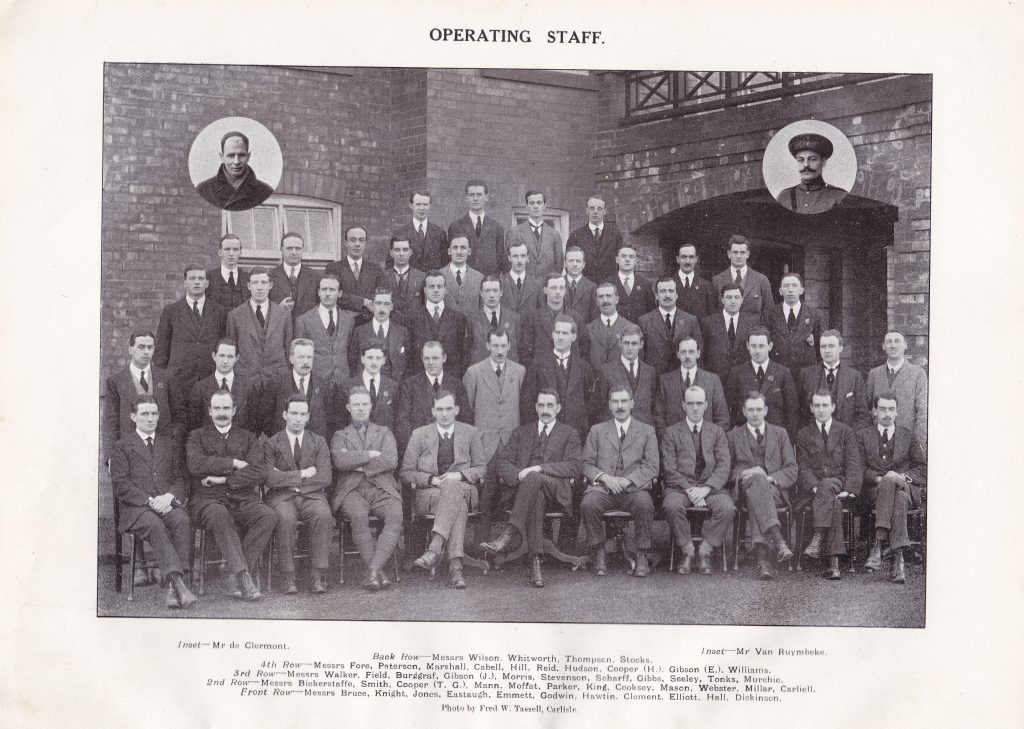 At the end of the war, in 1919 he went to work for Royal Dutch Shell Oil Company, visiting oil refineries in Dutch Borneo, Java and Sumatra studying processes. In 1920 he was appointed as manager of the Anglo-Egyptian Oilfields refinery in Suez, and in 1922 was manager of the Sarawak Oilfields refinery at Miri in Sarawak. In 1923 he visited the USA and studied processes at oil refineries in St Louis, San Francisco, Los Angeles and New Orleans. A year later in 1924 he was appointed manager of the refinery section at the Royal Dutch Petroleum in Curacao.

Health concerns forced him to return to Britain in 1925, where he became a researcher in chemistry at Birmingham University. There he met an old colleague, C W Valentine, who was conducting research on the reliability and predictive power of examinations. In 1931, William embarked on a new career as an educationalist by studying the statistical methods applicable to assessing the efficacy of exams. This brought him to the attention of Godfrey Hilton Thomson at the University of Edinburgh, and in 1935, William joined the Moray House College of Education there. He took part in the construction and standardisation of the Moray House Tests, which were used throughout the UK for school selection.

After the War he returned to Edinburgh to become a Lecturer and Reader in Experimental Education, publishing widely. Between 1948 and 1952 he gave lectures at Homerton College in Cambridge to staff of Local Education Authorities, promoted by the Ministry of Education. In December 1952 he undertook a lecture tour in Columbo, Kandy and Jaffna in Ceylon (modern day Sri Lanka) under the auspices of the British Council. He retired in 1953. Emmett describes this as being dismissed from his university appointment by Professor J G Pilley.

In 1954, following his retirement, he was elected a Fellow of the Royal Society of Edinburgh. His proposers were Sir Godfrey H Thomson, Alexander Aitken, Ivor Malcolm Haddon Etherington and Derrick Lawley. Between 1955 and 1957 he was on the staff at Ferranti Ltd at Crewe Toll, Edinburgh, as a technical writer.

In 1955, aged 68, he married Margarete Annelisa Hartmann (born 20/12/1908) in Dusseldorf. They lived at Redford Crescent in Edinburgh. They had no children. In February 1958 they visited Australia.

In 2021, one of William’s family members kindly shared with The Devil’s Porridge Museum some photos and documents, including his unpublished memoir, which gives us a valuable insight into W G Emmett’s character. In addition to his stories from his time at Gretna racing through the Scottish countryside on his bike, he also wrote up some facts about various members of his family. In describing himself he wrote: “at 88 finds he has on the whole left undone those things that he ought to have done and done those things which he ought not to have done, differing little from others. But he can still laugh at himself and things in general.” He wrote of his wife: “lucky to have a large garden and a nice husband”! 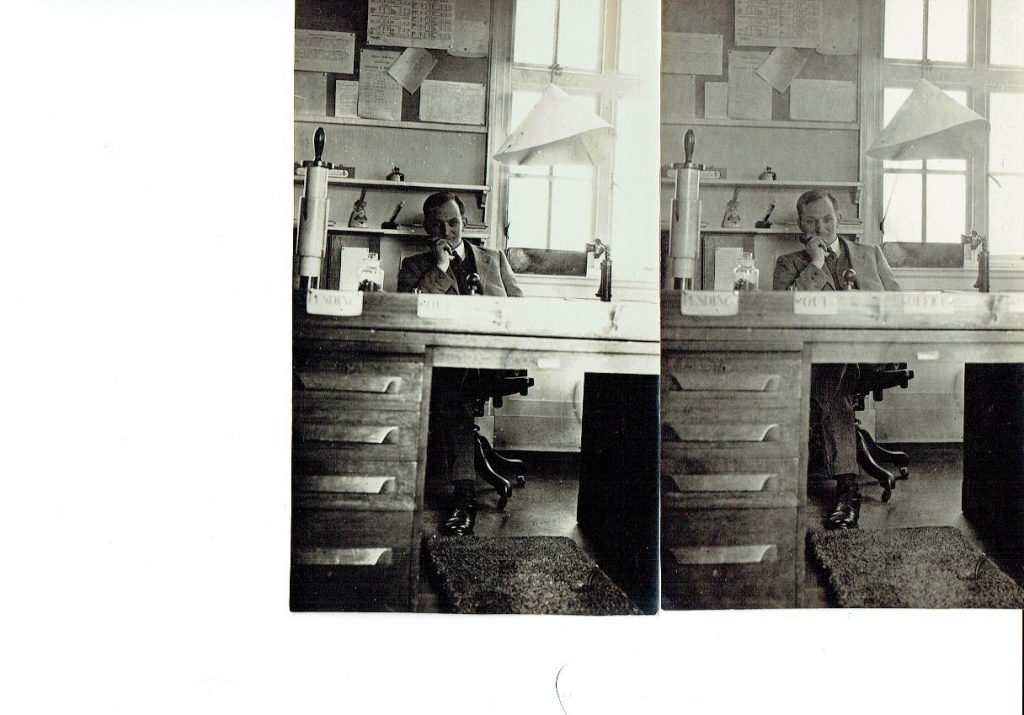 W G Emmett pictured in his office at Gretna.

Also shared with us are these fantastic photos, which appear to be much more candid than many of the photos we have in our collection, and look like they were taken at HM Factory Gretna. Appearing in these photos are W G Emmett, and two of his colleagues, G Bately Godwin and Egerton Sayers. 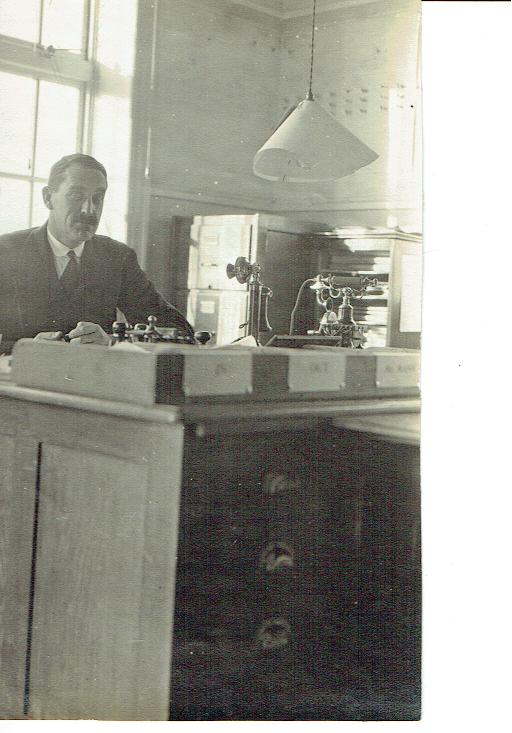 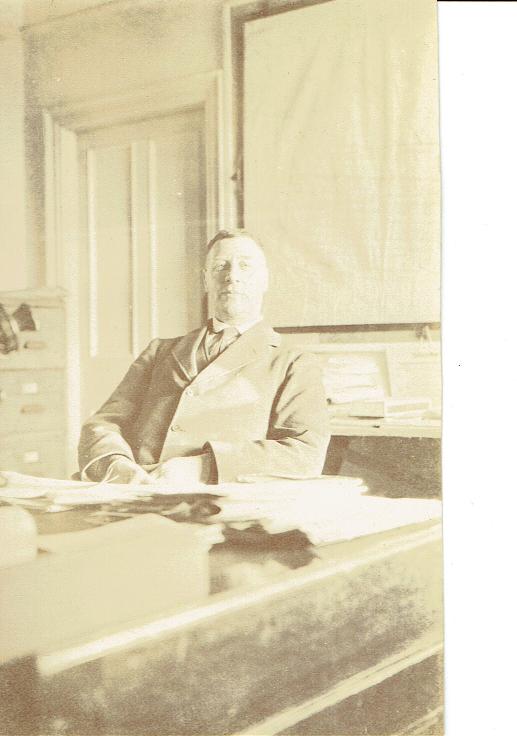