What happened at HM Factory Gretna in November 1918? Part One. 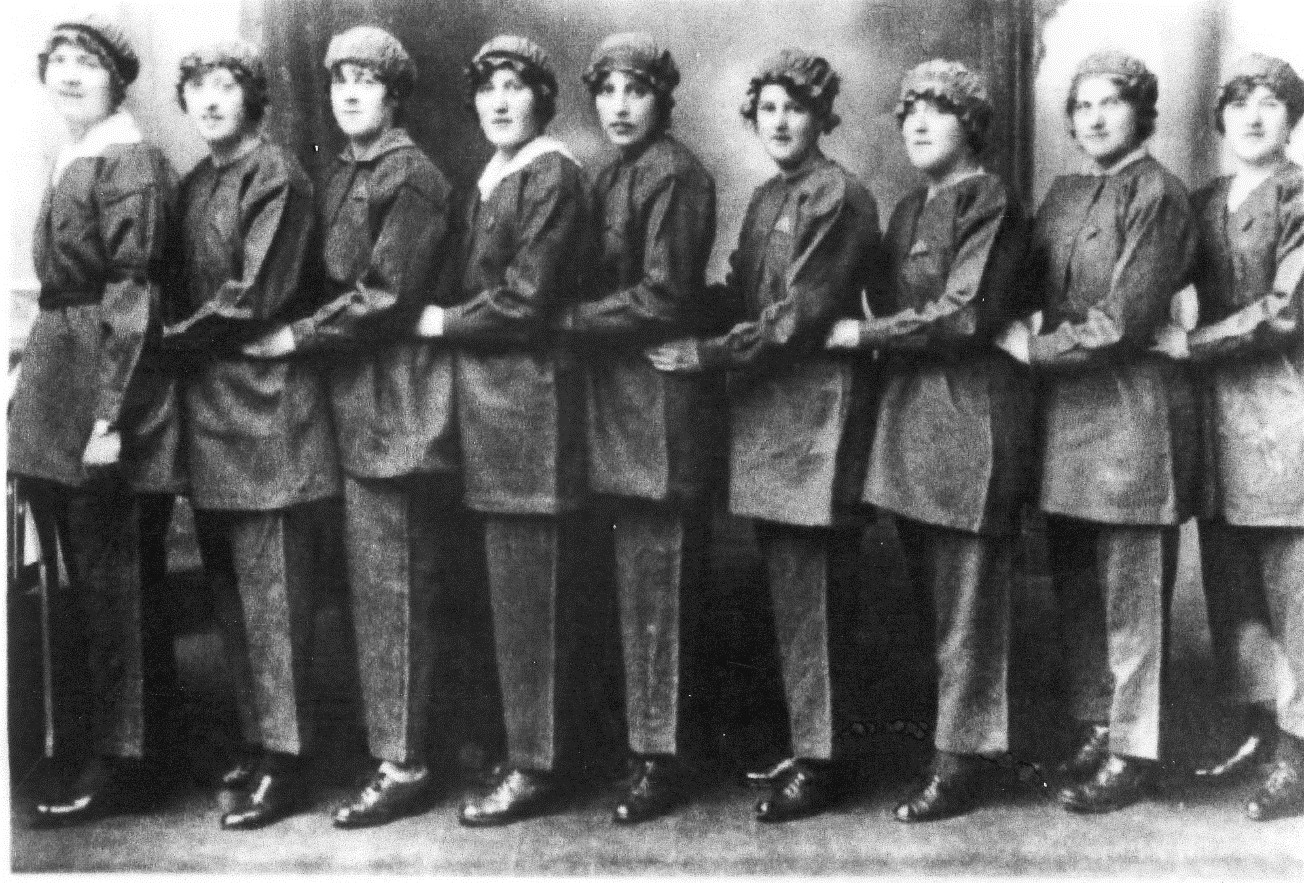 Armistice Day is approaching and The Devil’s Porridge Museum is very pleased to have teamed up with Gretna Gateway and Poppy Scotland to commemorate the events of 1918 in our local area.  We have a display in one of the empty units at Gretna Gateway.  It has two of our former exhibitions on display – one looks at Animals in War and the other dating from 2018 has the title ‘The War is Over!’  It looks at what happened in our local area on November 11th 1918 and what happened after the end of the War.  This is Part One of a look at the contents of that exhibition… 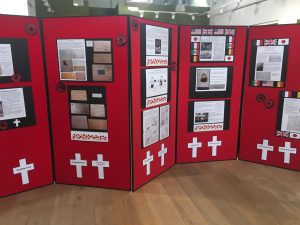 Some of the war is over exhibition on display in Gretna Gateway.

As we all know, the Armistice was signed at 11am on November 11th 1918.  Word of the war’s end had reached HM Factory Gretna by 12noon and it was closed by one that day.  30,000 people (12,000 of them women) worked at the Factory mixing the ‘devil’s porridge’ (cordite which was later put in shells and bullets).

People must have experienced mixed emotions that day: joy that the War had ended, sorrow at all that had been lost but also uncertainty over their jobs, their status as working women and the future of the greatest factory in the world. 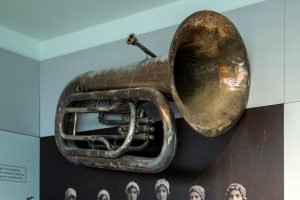 One of the Museum displays features a tuba used by a member of the Factory band,

After the Factory closed, the workers took to the streets and the Factory band led a procession from Eastriggs to Gretna.  By the time they reached Gretna, the procession was over a thousand strong and they gathered at Central Hall to sing the National Anthem. 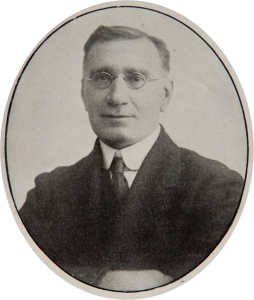 The flags of the Allied Nations were then raised and cheers went up.  A piano was found and people began to play and dance, bunting was hung up all around.  The Superintendent of the Factory, J C Burnham, delivered a speech which included the lines, “The day of peace has come.  The glorious day for which we have been striving and hoping for…It is the day for which our noble brothers have died…” 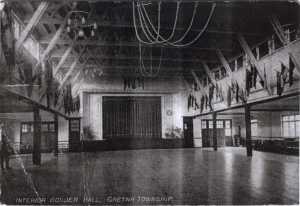 Inside the Border Hall in Gretna where the Armistice Dance took place. 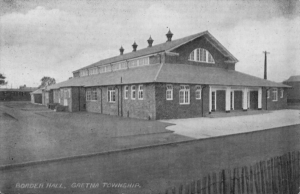 Exterior of the Border Hall.

That evening, the ‘Gretna Girls’ demanded a dance and one was held in the Border Hall (despite some people insisting that a dance was too dangerous due to the ‘Spanish’ Flu).

The full ‘War is Over’ exhibition can be seen at Gretna Outlet Village for free from 1-4pm daily until November 11th.  Part Two of ‘The War is Over!’ exhibition coming soon… 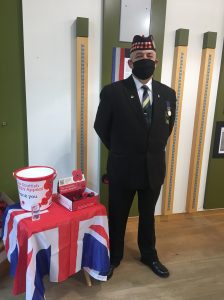 Poppy Scotland will also be at Gretna Gateway along with volunteers from The Devil’s Porridge Museum.