Worker of the Week: Bryde Johnstone-Douglas 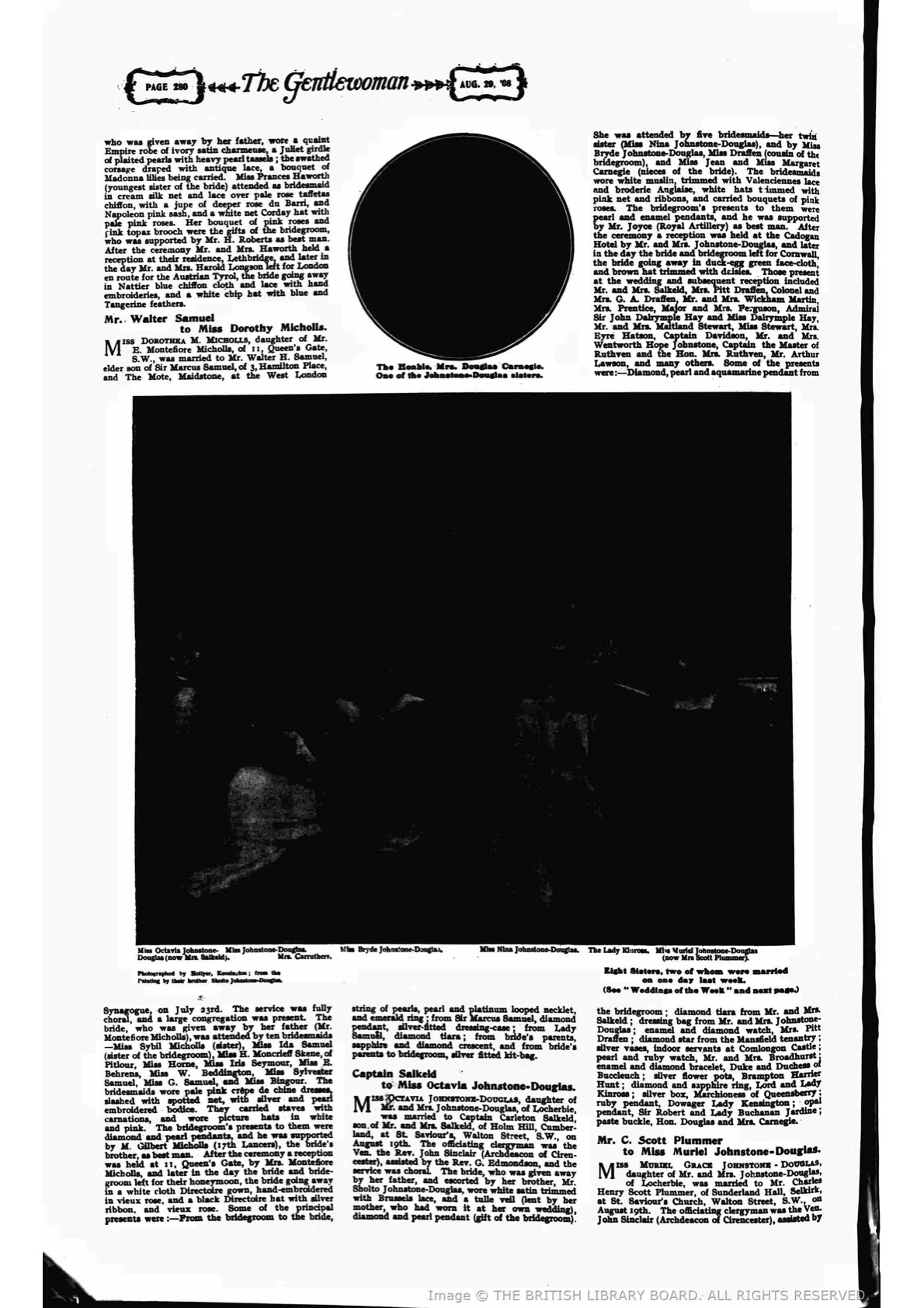 Worker of the Week is a weekly blogpost series which will highlight one of the workers at H.M. Gretna our volunteers have researched for The Miracle Workers Project. This is an exciting project that aims to centralise all of the 30,000 people who worked at Gretna during World War One. If you want to find out more, or if you’d like to get involved in the project, please email laura@devilsporridge.org.uk. This week, volunteer Beth Banks, tells us all about Miss Bryde (Bridget Helen) Johnstone-Douglas.

Beth started out with this image in her research into Miss Johnstone-Douglas: 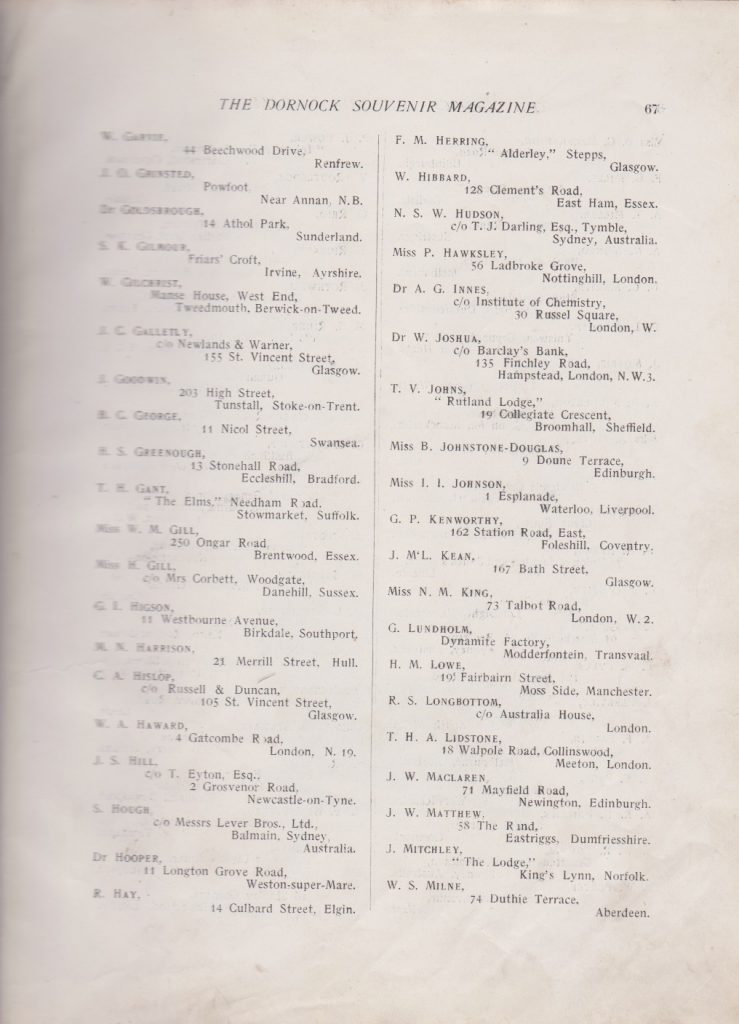 This image is a page from the Dornock Farewell, a magazine put together by workers in the Dornock Section of the Factory at the end of the war. In this magazine, many workers had listed their names and future addresses, perhaps for friends and former colleagues to contact them. A name and an address isn’t a lot to go on, but Beth found out some fascinating things about Miss Johnstone-Douglas’s life. The address given in the Dornock Farewell led Beth to this building in Edinburgh: 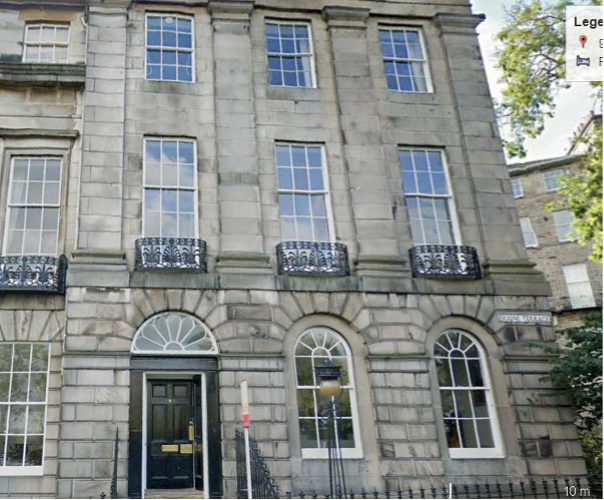 Further searches led to the discovery of a probate calendar that gave further information about Miss Johnstone-Douglas’ family.

Arthur Henry and Jane Maitland Stewart Johnstone Douglas were the parents of Miss B. Johnstone-Douglas.  From the Baptism that took place in London we have a name for Miss B. – Bridget Helen. 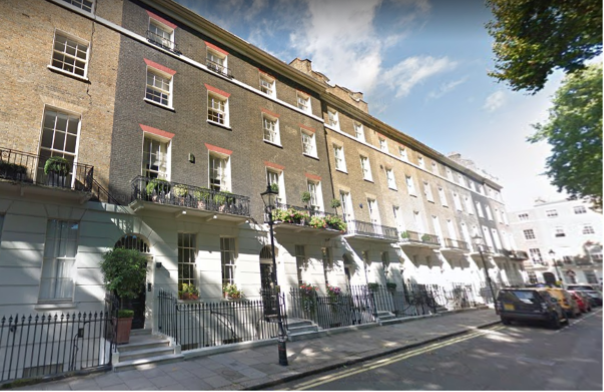 The Johnstone-Douglas family home in London was at 27 Connaught Street.

From Census entries it was discovered that Bridget was known as Bryde. She had 2 brothers and 6 sisters and lived a very privileged life in Society circles.  The family also had connections with Lockerbie in Scotland including Comlongon Castle. 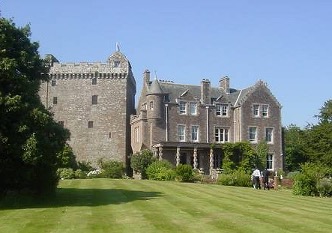 From the few newspaper articles found mentioning Bryde, it becomes apparent that this lady was a caring person who involved herself with the community.

Bryde was also the 11 x Great Granddaughter of King Edward 4th of England! 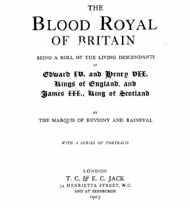 It would be interesting to ask Bryde how she found working at HM Factory which was quite a contrast from the lifestyle she was familiar with. Unfortunately we don’t know much about the type of work Bryde did at the factory, only that she worked in the Dornock section. We don’t even have a clear photo of Bryde, although, frustratingly, although this very dark and low quality image retrieved from the BNA purports to show Bryde at a society event: 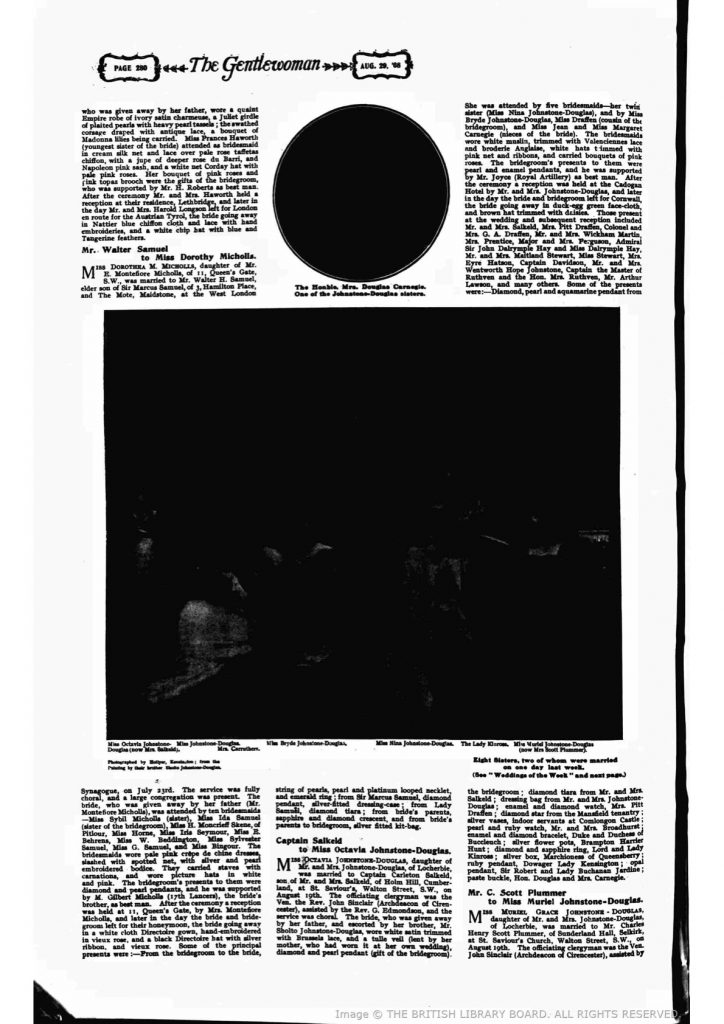 A big thanks to Beth for her fantastic research into the very intriguing Miss Bridget Helen Johnstone-Douglas! I wonder if any skilled photographers out there might be able to clean up the purported image of Bryde and make it clearer?