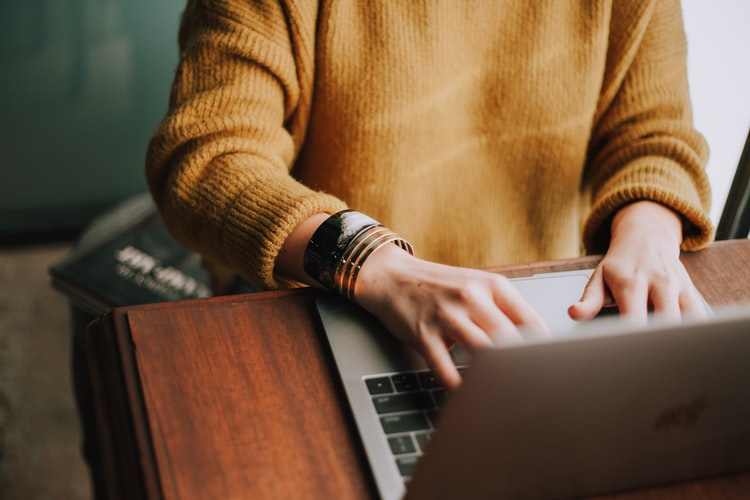 To mark International Girls in ICT day on 22nd April 2021, we spoke to Desray Coward, the museum’s new modern apprentice to find out more about her role at the museum, and what it is she loves about the world of computers!

Hi Desray! Tell us a little bit about yourself! Where are you from and what’s your role at the Devil’s Porridge Museum?

I started as digitalisations and collections volunteer in The Devil’s Porridge Museum a few years ago. When the museum reopened after the first lockdown last year, I went on to a front of house role. Now I’m a digital marketing modern apprentice at the museum and I’m also working towards an SVQ in museums and galleries practices.

What made you decide to do a modern apprenticeship? And why the one at the Devil’s Porridge Museum in particular?

The Devil’s Porridge museum is full of untold stories, practically those of HM Factory Grenta and the munitions workers who were there during WW1. I never knew anything about them until I visited the museum for the first time myself, which is why I initially chose to volunteer at The Devil’s Porridge Museum; it really interested me. When I was offered the modern apprenticeship it was an opportunity to gain more experience of working in a museum and help to share these untold stories to a wider audience through the internet.

What inspired you to work in an IT-related role?

I’ve done quite a bit of work with The Devil’s Porridge Museum’s collection and some of the objects are really interesting; deserving to be shared more widely. So I suppose if anything that has inspired me to work in an IT-related role, because it lets me share these items with a wider audience, who may not be able to even visit the museum. Plus I remember having to organize a pretend music festival for GCSE ICT at school and finding it interesting, even if I’d be the last person in the world to actually attend my own music festival (I seemed to only choose music I didn’t like for some reason!).

What are you most looking forwards to doing in your new job?

I have some ideas, which I’m really looking forward to trying out on The Devil’s Porridge Museum’s social media. Hopefully, people will be able to see some of them online soon!

Why do you think IT skills are so important?

I think IT skills are really important, especially as they as so useful. Where would we have been this and last year without zoom meetings, virtual pub quizzes and even live Doctor Who watchalonges? (Not that I actually took part in any of the pub quizzes or watchalongs, but my point still stands.)

What do you think the future looks like for computers and museums? What would you like to see?

I originally started volunteering in digitalisation and collections at The Devil’s Porridge Museum (basically creating an individual digital record for objects in the museum’s collection), so I think it would be great if at some point in the future more museums could put this database of their collection online for the public to see, especially since not all items are always on display. It would be great if they could be used for research and in schools. Maybe VR could even be used to give people a better idea of the scale of the object, especially with those that too fragile, vulnerable, or even dangerous to handle in real life? Realistically, I don’t think it’s very likely, but it would be great to see some sort of online catalogue pooling together the digital record from lots of museums around the world, which incorporates VR, to build a more global image of history in the future.

Are there other IT-related jobs and roles you find really interesting?

There’s such a variety of IT-related jobs that I think it’s impossible not to be. I always find it amazing that someone must have designed all the different icons for the apps on phones and even each individual emoji for example. Not everyone always thinks of that!

How do you use computers and related technology in your life outside of work?

All too often I find myself distracted by scrolling through social media on my phone or laptop. I also tend to check Doctor Who websites way too frequently, but you never know. I don’t want to miss something important. On the one day I didn’t before a trailer for a new series was released! Other than that I do also spend time shaking trees and running after villagers when playing Animal Crossing on my Switch. I used to play Pokémon games quite a lot too, but I haven’t really since I earned all my gym badges, defeated the Elite Four and the Pokémon League Champion in Alpha Sapphire on my 3DS (I’m still quite proud of managing to do that, although I’m not sure I’ll ever quite manage it again). I do also have hobbies which don’t involve tech too of course!

What advice would you give other young people considering a career in an IT-related discipline?

I’m not sure any advice I could give would ever be as good as some I’ve already heard, so in the words of the Third Doctor, “Courage isn’t just a matter of not being frightened. It’s about being afraid and doing what you have to do anyway.” Although, they’re not strictly IT-related, I think there good words to try and live by, even if I don’t always manage to follow them myself! Just give things a go and see where it will lead you. Things may not work out, but in the same breath they might.

At the moment? Animal Crossing New Horizons, although I am still a little bit addicted to the Thirteen game on Doctor Who TV’s website (I’ve only ever got as far as John Hurt though).

Probably my laptop, even though the keyboard only works intermittently and my dog broke the mouse!!

Not exactly an online personality, but can I say Doctor Who? It’s the first thing I always follow / like and some of the Lockdown Who stuff produced was just fantastic! I’ve also been enjoying Andrew Cotters videos of his dogs, Olive and Mabel, during lockdown.

Anything and everything Doctor Who!