Full name of worker at H.M. Factory Gretna (and any other names they are known by) : Bertha Sarginson 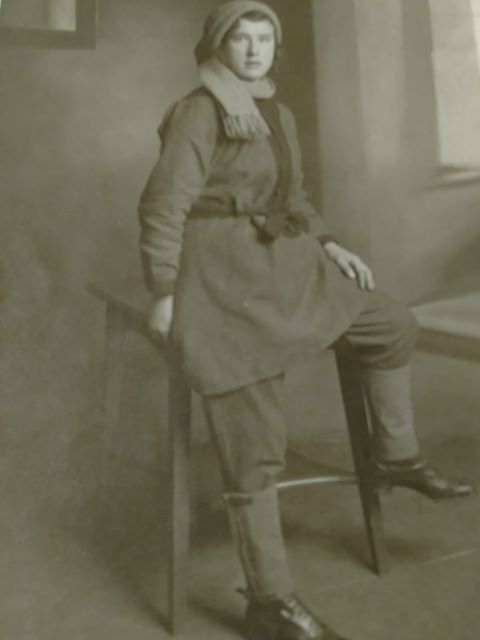 Information from: https://www.devilsporridge.org.uk/new-photos-of-world-war-one-workers – ‘Bertha worked at HM Factory Gretna. Here she learned to drive and in 1917 volunteered as a Ambulance driver and was sent to Boulogne in France. She worked transferring injured soldiers off hospital trains and onto boats back to England. In 1920, Bertha married Joe Robson (of the 4th Battalion Border Regiment Reserve) from 6 Melbourne Street, Carlisle. Joe got a job at Carr’s Biscuit Factory as a fitter, his father worked there as an engineer. Bertha and Joe got their first home in Brewery Row, Caldewgate. Bertha continued to work in a shop called Sarah Jane’s. Their first son Joseph was born 22 November 1920. He became an altar boy at St Barnabas Church, Brookside Raffles when the family moved to Brookside. Joe Jr. joined the Royal Air Force Volunteer Reserve. He was a Sergeant in training to become a pilot when he was killed 5th September 1940.’