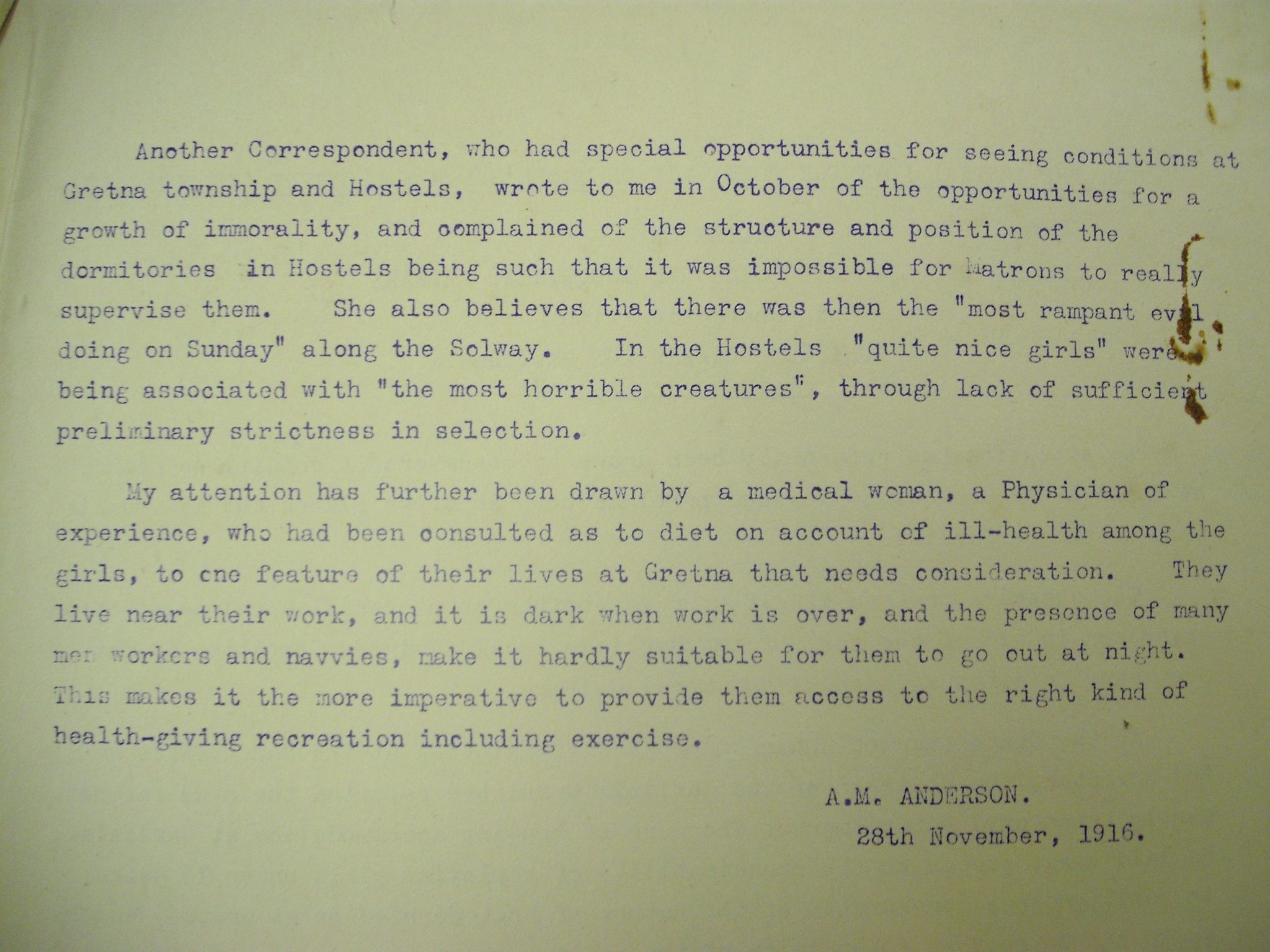 To celebrate Women’s History Month, we’re taking part in a month-long celebration of women using items from our collections alongside other heritage sites/organisations across Scotland! If you want to join in, visit Go Industrial  for more info. This week we’ll be sharing items that show why #weshouldallbefeminists, inspired by the wonderful Chimamanda Ngozi Adiche.

The photo above is an extract from a report titled ‘CARLISLE PROBLEMS OF SOCIAL AND INDUSTRIAL WELFARE in connection with MUNITIONS WORKERS AND GRETNA’ which we have in our collection. It was written by an A. M. Anderson, and details concerns about the welfare and behaviour of women munition workers at H. M. Factory Gretna.

It demonstrates just how concerned the mainly male Factory management were with regulating the morals of their predominantly female workforce. The phrase ‘the most horrible creatures’ to describe some of the women staying at hostels shows just how much judgement was placed upon women wartime workers. The last line of the report states:

‘This makes it the more imperative to provide them access to the right kind of health giving recreation including exercise.”

This is an interesting conclusion. The emphasise on the ‘right kind’ suggests that the writer of this report thought there was some kinds of recreation that was ‘wrong’ for women. It demonstrates a tension between the control Factory management wanted to hold over the workers, and the wishes of the workers themselves.

This item from our collections shows why #WeShouldAllBeFeminists because women should have the freedom to choose their own recreational activities and not be judged negatively for them. The thought of an official report describing workers as ‘creatures’ is alien to us today, and rightly so! To use a very modern term, it reeks of mansplaining!