Worker of the Week: Edward Pearson 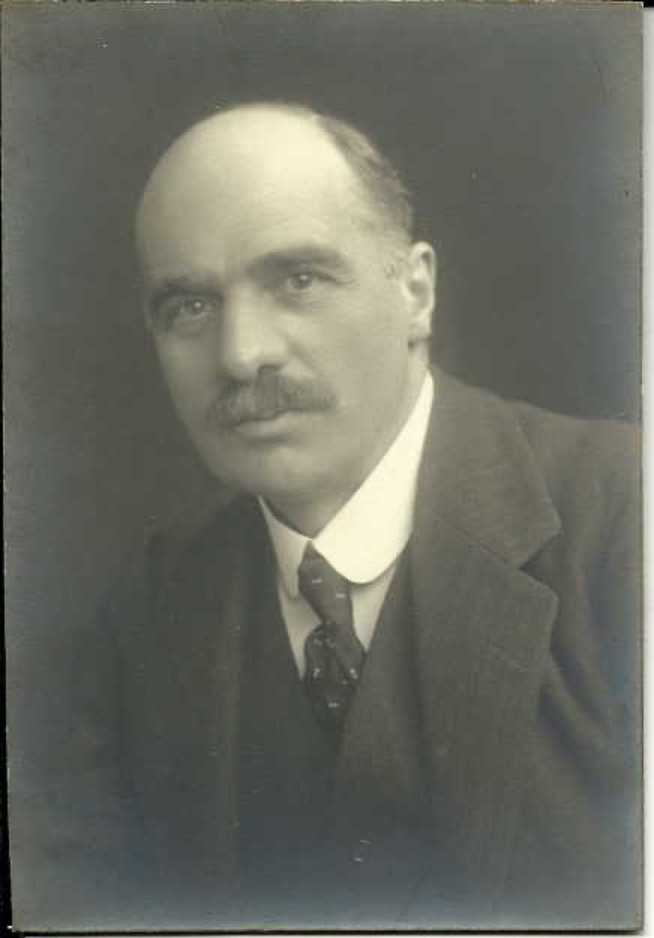 Worker of the Week is a weekly blogpost series which will highlight one of the workers at H.M. Gretna our volunteers have researched for The Miracle Workers Project. This is an exciting project that aims to centralise all of the 30,000 people who worked at Gretna during World War One. If you want to find out more, or if you’d like to get involved in the project, please email laura@devilsporridge.org.uk. This week, volunteer Beth Banks, tells us all about Edward Pearson.

Edward was born in Bradford, Yorkshire the son of George and Sarah (Dickinson) Pearson and the grandson of Samuel and Elizabeth (Asquith) Pearson.  It was Edward’s grandfather Samuel who started the family building business for public contracts. In time Samuel’s sons joined the business S Pearson + Sons.  They were a highly successful company and had contracts all around the word building bridges, dams, roads.[1]  The British Government offered Weetman Pearson, Edward’s brother, the contract to build the HM Factory at Gretna.  Weetman was too busy with other commitments at the time so suggested that the contract be given to his brother. So, this is how it came about the Edward was given the contract for HM Factory.[2]

Unfortunately, when HM Factory was due to be officially opened, Edward was not able to attend for the honours as was reported in the local newspaper. 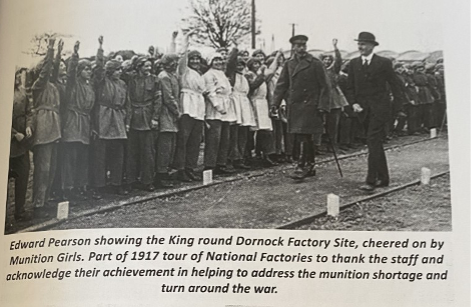 Edward Ernest Pearson married Susannah Grace Croft on the 8th September 1904 at Ware, Hertfordshire.  The couple eventually settled in Hertfordshire to raise a family of 3 sons and 3 daughters. 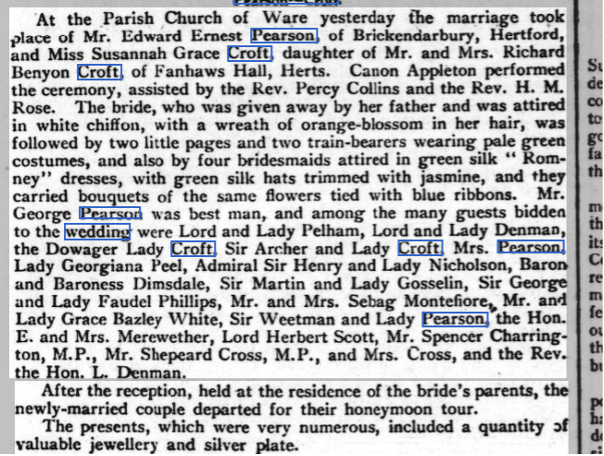 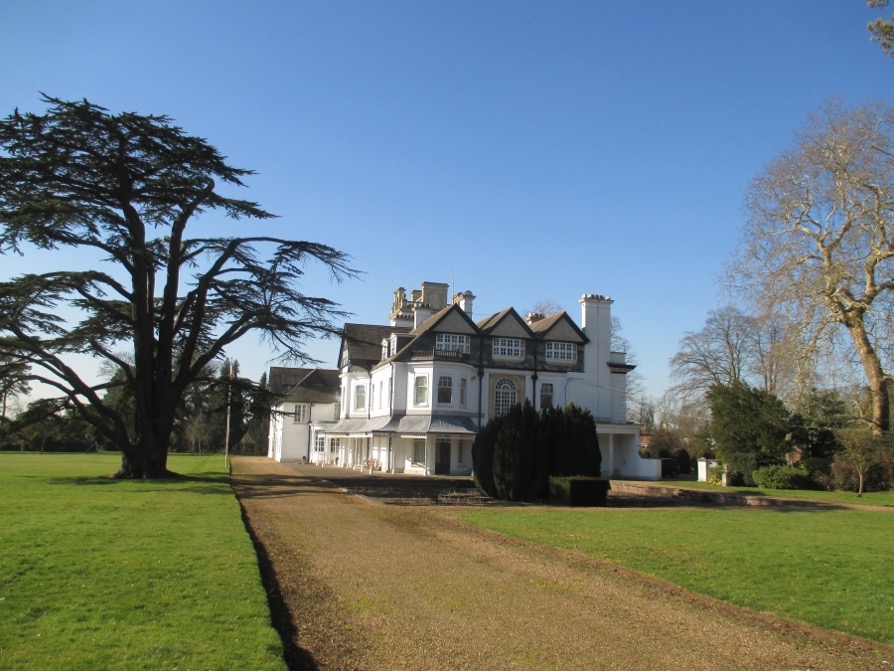 Brickendonbury, where Edward lived with his wife.

During his life Edward was conferred with the honour of a knighthood, as well as in 1909 made Sheriff of Hertfordshire. In 1924, he was awarded the Order of the Hospital of St. John of Jerusalem in England. 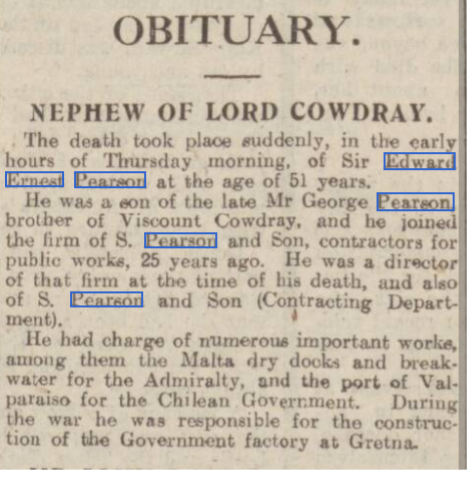